According to the Realmeter survey conducted on 806 voters in Seoul on Wednesday, 55 percent of the respondents said they will vote for Oh of the People Power Party (PPP) in the April 7 Seoul mayoral by-election, while 36.5 percent chose Park of the ruling Democratic Party (DP) as their preferred candidate.

The survey was the first public opinion poll conducted on the state of the Seoul mayoral race after Oh was chosen as the unified single candidate for the conservative bloc on Tuesday. 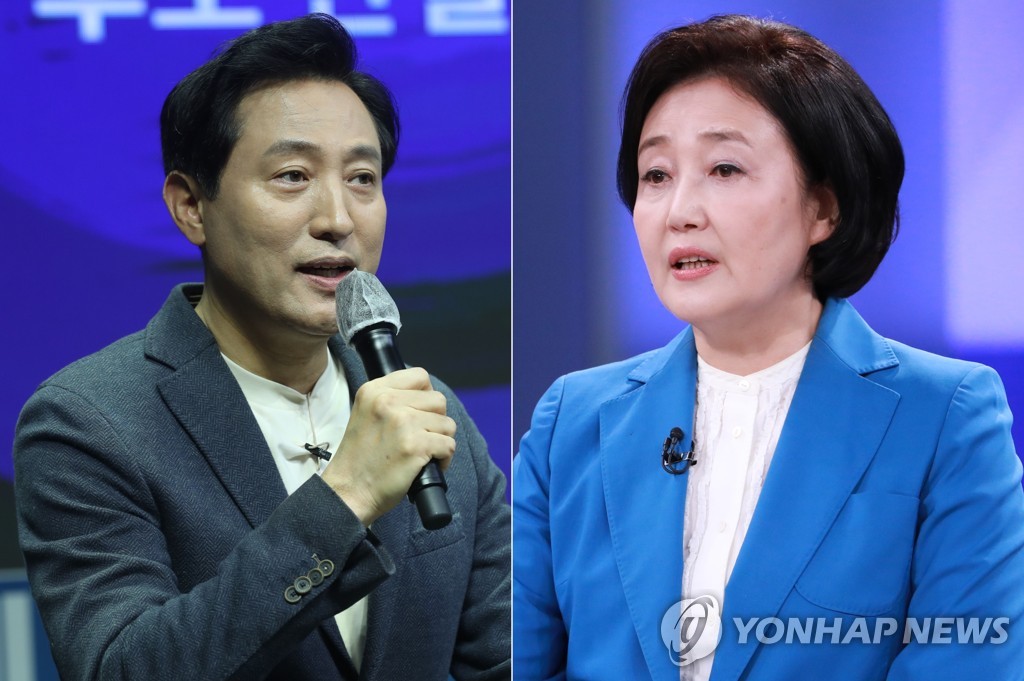 The former Seoul mayor also beat Park in favorability in terms of residential areas across Seoul.

Among those who responded they will "definitely" go cast ballots, 57.9 percent threw their support behind Oh while Park mustered 46.5 percent of the support, according to the survey results.

Of those surveyed, an absolute majority of 95.5 percent said they are planning to go cast their ballots on election day.

In terms of party favorability, the PPP leads the race, with 37.7 percent, followed by the DP and the minor conservative People's Party with 30.1 percent and 9.1 percent, respectively.

The opinion poll, commissioned by OhmyNews, has a 95 percent confidence level, with a margin of error of plus or minus 3.5 percentage points.