The 16-episode Monday-Tuesday show, which premiered on SBS this week, is set in the early 15th century during the reign of King Taejong, the third on the throne of the 1392-1910 Joseon Dynasty.

Under the theme of a Korean supernatural historical fantasy, the series follows the royal family's fight against evil spirits, starring Jang Dong-yoon as Crown Prince Chungnyeong and Kam Woo-sung as King Taejong. 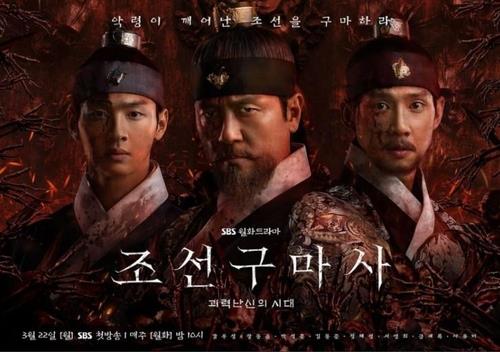 But fierce criticism arose after the first episode this Monday for its inclusion of a massacre of the innocent Joseon people by hallucinating King Taejong and Chinese-style interiors and props in a building located in the Joseon territory.

In particular, people point out that Joseon's crown prince, who later becomes King Sejong, meets with a Western exorcist at a tavern in a northern border area, drinking Chinese liquor and eating Chinese food, such as dumplings, mooncakes and century eggs.

Producers of "Joseon Exorcist" issued a statement right after the first episode, saying it did not have any intention to distort history.

They said the Chinese interiors and props in the northern tap house were used to show that the characters are far away from the capital city of Hanyang.

But the strong backlash showed no signs of easing as a petition was posted on an online bulletin of the presidential office Cheong Wa Dae, calling for the termination of the TV production.

They also blamed Park Gye-ok, the screenwriter of "Joseon Exorcist," who has been in the center of similar historical controversies in her previous hit series "Mr. Queen," a Korean adaptation of the Chinese web drama "Go Princess Go."

Some even claim that Chinese companies financing the project behind the scenes stepped into the production of the Korean history drama.

Moreover, the heated up criticism has caused some companies to withdraw sponsorship and advertisement deals with the TV series, including Cozyma, a local massage chair brand.

Its viewership was also affected, as the first episode posted 8.9 percent on Monday, but it dropped to 6.9 percent the next day. 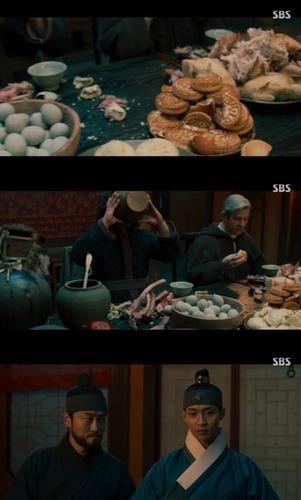 On Wednesday, consequently, the show's producers apologized for causing discomfort over historical issues and promised to remove the controversial scenes and put the project on hold for a week to realign the storyline.

But debates criticizing the show have been continuing across online communities.

Experts noted that the TV series has downplayed the important point that Korean people have been angry about recent Chinese claims that some of Korean culture like kimchi, a Korean side dish made with fermented cabbage, are of Chinese origin.

"Sensitive public reactions are expected from such controversial scenes amid China's growing claims to Korean culture," said Seo Kyung-duk, a professor at Sungshin Women's University in Seoul. "The producers should have paid more attention to making the historical TV series."