SEOUL, March 25 (Yonhap) -- Two American service members stationed in South Korea have tested positive for the new coronavirus, while seven other U.S. troops have been confirmed to be infected with the virus following their arrival here, the U.S. military said Thursday.

The latest cases raised the total number of infections reported among the military population to 807, most of whom tested positive upon their arrival here from the United States.

Two service members at Camp Hovey in Dongducheon, 40 kilometers north of Seoul, were confirmed to have contracted COVID-19 on Tuesday and Wednesday, respectively.

USFK said contact tracing is under way to determine whether anyone else may have been exposed to these individuals.

Separately, seven U.S. service members were found to be infected with the virus upon their arrival in South Korea between March 8 and 22.

Three of them arrived here on U.S. government-chartered flights, while the others traveled via commercial flights. 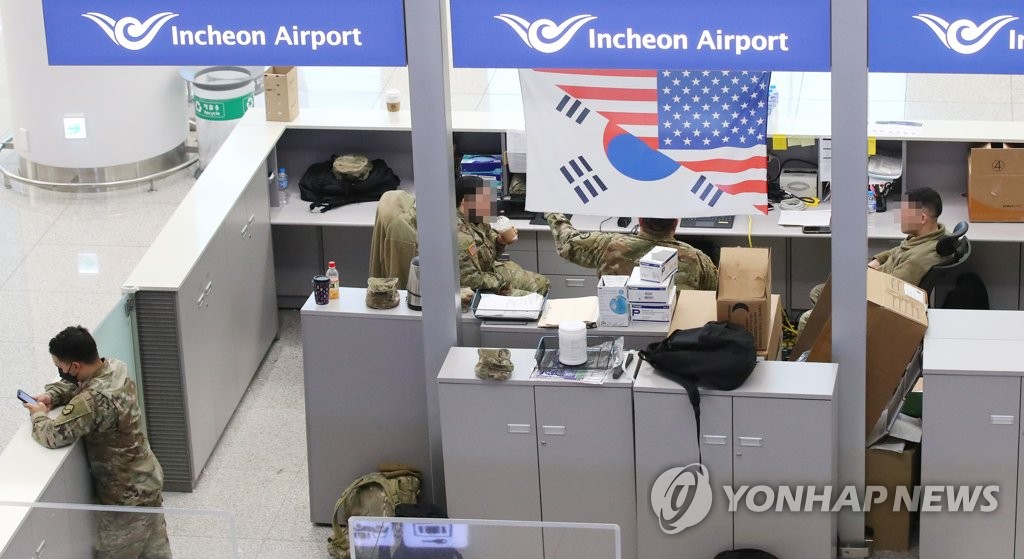