The treatment was found to have created neutralizing potency against seven strains -- S, V, L, G, GH, GR and GV -- as well as the two most-known mutations, from Britain and South Africa, in a cell level test, the Korea Disease Control and Prevention Agency (KDCA) said.

The plasma therapy is a type of hyperimmune globulin drug that uses blood plasma taken from people who have fully recovered from COVID-19 infections.

The treatment candidate, currently undergoing second phase clinical trials, has also been used for emergency purposes on a total of 42 COVID-19 patients with severe symptoms, the KDCA said.

Experimental drugs under clinical trial are sometimes granted approval for emergency usage in cases where diseases are life-threatening and there is no other treatment options.

Local drug firm GC Pharma said it plans to file for an approval of its plasma therapy treatment, known as GC5131A, in April after announcing the result of its clinical study.

GC Pharma also said it has already completed the production of its third batch, meaning the treatment candidate is expected to be available at medical institutions immediately. 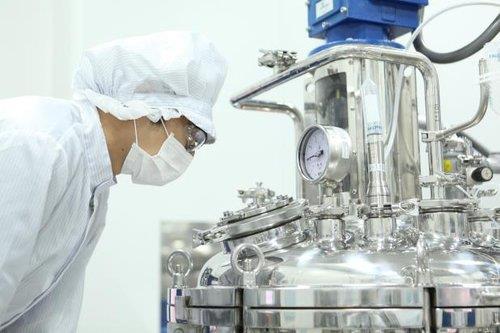