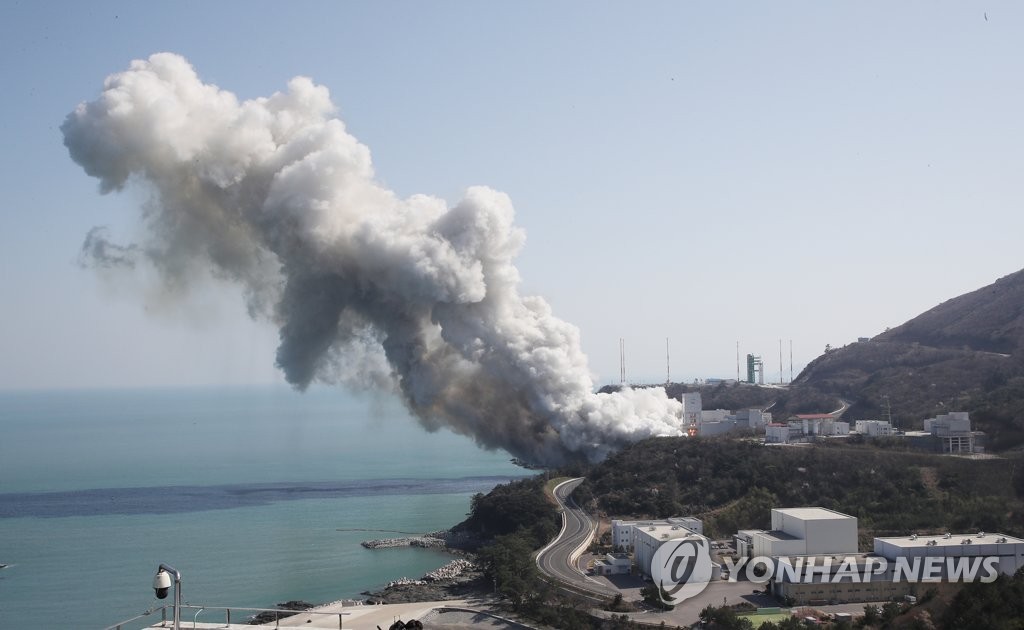 "I am so proud. Congratulations!" President Moon Jae-in said after making an on-site inspection of the testing.

Based on the accomplishment, he added, the government will push aggressively for the development of South Korea's first lunar orbiter.

After launching it next year, South Korea aims to make its dream of landing on the moon with its own projectile come true by 2030, he said.

"The technology, experience, and confidence that we will gain from the exploration of the moon, which is the first step in space exploration, will serve as a solid foundation for space development," he stressed.

Moon reaffirmed plans to accelerate the development and use of various satellites by supporting civilian-led space projects.

He pointed out that South Korea has become able to develop solid-propellant space rockets under the missile guidelines with the United States revised in 2020.

"It went through the same procedure as when the projectile will actually be fired," Cheong Wa Dae deputy spokesperson Lim Se-eun said at a press briefing. 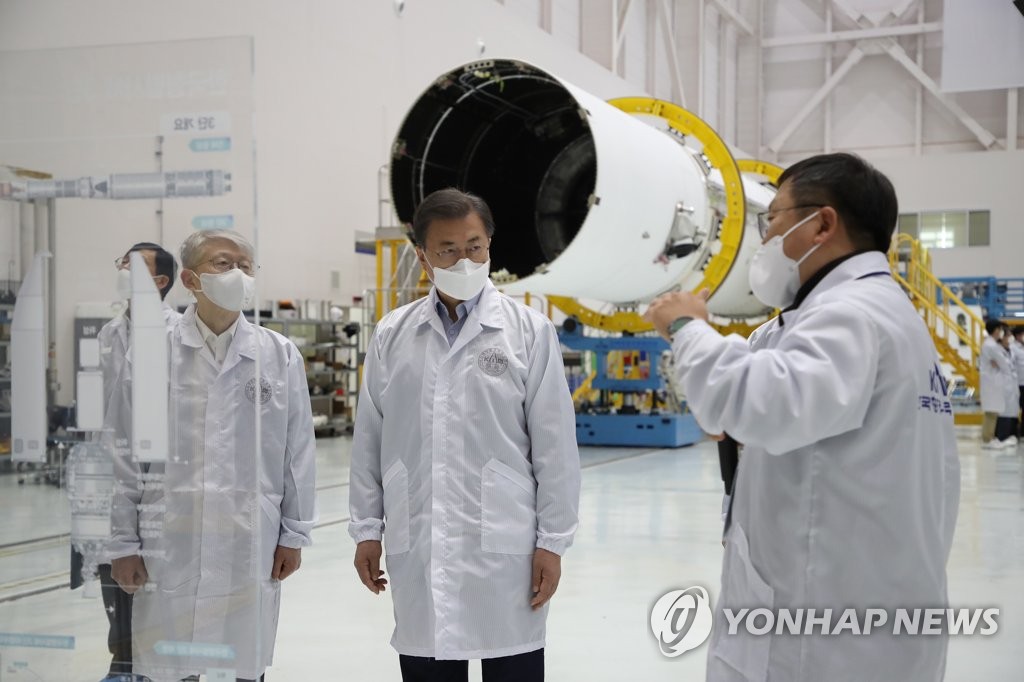