SEOUL, March 25 (Yonhap) -- Seoul baseball rivals Doosan Bears and LG Twins completed a four-player deal on Thursday, with an All-Star pitcher switching teams about a week before the start of the regular season.

The Bears sent 2018 All-Star lefty Ham Deok-ju, along with right-hander Chae Ji-seon, to the Twins, in exchange for infielder Yang Suk-hwan and left-hander Nam Ho. 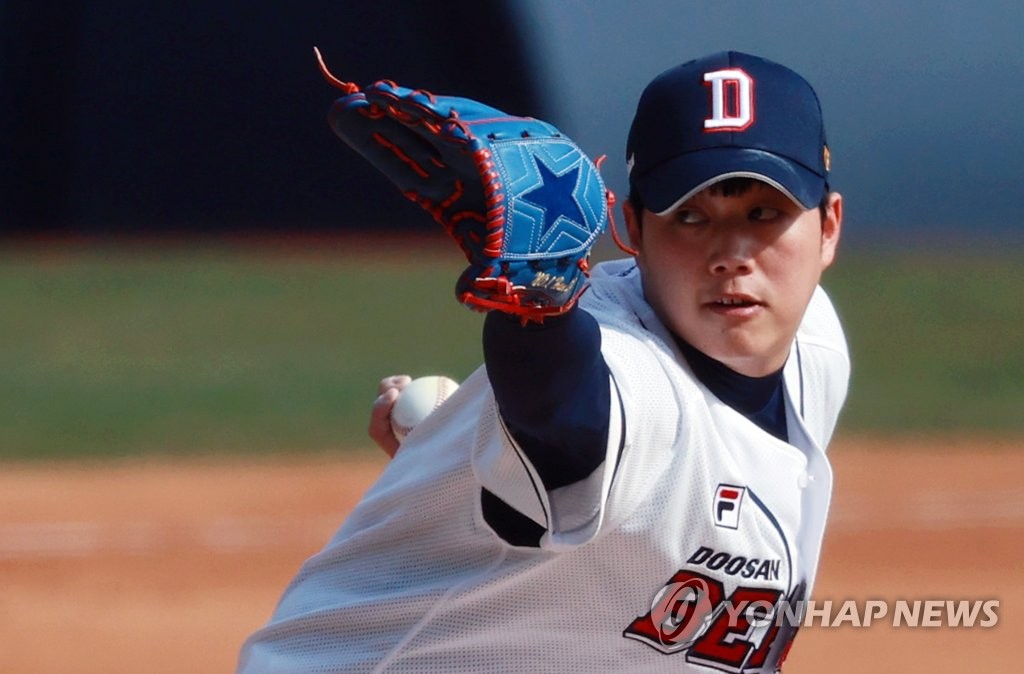 Ham and Yang are key figures in this deal between co-tenants of Jamsil Baseball Stadium in the nation's capital.

Ham, 26, is entering his ninth season in the Korea Baseball Organization (KBO). He earned the 2018 All-Star as one of the league's up-and-coming closers. He finished with a 6-3 record and 27 saves, plus a 2.96 ERA in 67 innings that season.

Ham had made 24 starts in 2017 and even after a transition to bullpen, he has openly talked about wanting to become a starter again. He made six starts toward the end of last year, and had a 4.26 ERA in 25 1/3 innings in those half-dozen starts, compared to a 3.60 ERA in 30 innings as a reliever. 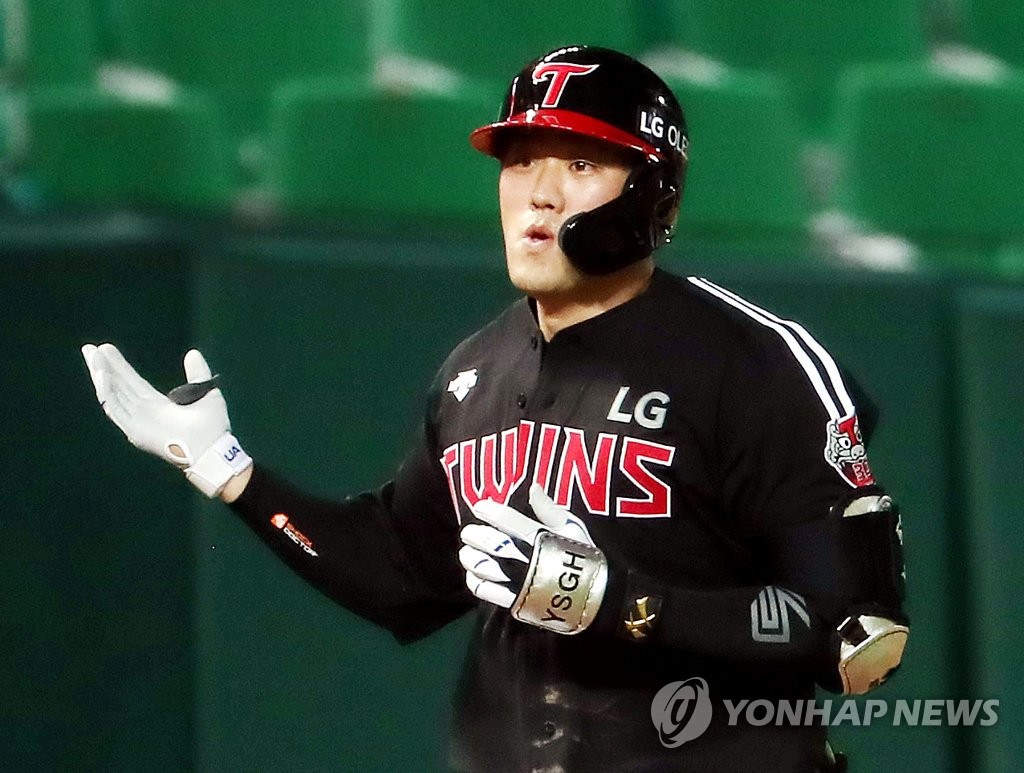 The Twins have four starters locked into the rotation now -- Casey Kelly, Andrew Suarez, Lee Min-ho and Jeong Chan-heon -- and Ham will likely be in the bullpen for his new club.

Yang, 29, has five KBO seasons under his belt. The third baseman broke out in 2018 with a career-high 22 home runs, 82 RBIs and 27 doubles in 140 games. But then he began his mandatory military service in 2019 with the minor-league military club Sangmu, and rejoined the Twins in August 2020. By that time, the team had a new third baseman in veteran Kim Min-sung.

Yang has handled first base in previous seasons and is expected to be the Bears' new first baseman, as they have Heo Kyoung-min, an All-Star and a national team mainstay, firmly entrenched at the hot corner.

The Bears lost longtime everyday first baseman Oh Jae-il in free agency in the offseason, and the two candidates for the vacant job, Kim Min-hyuk and Shin Seong-hyun, have both gone hitless in the preseason so far. 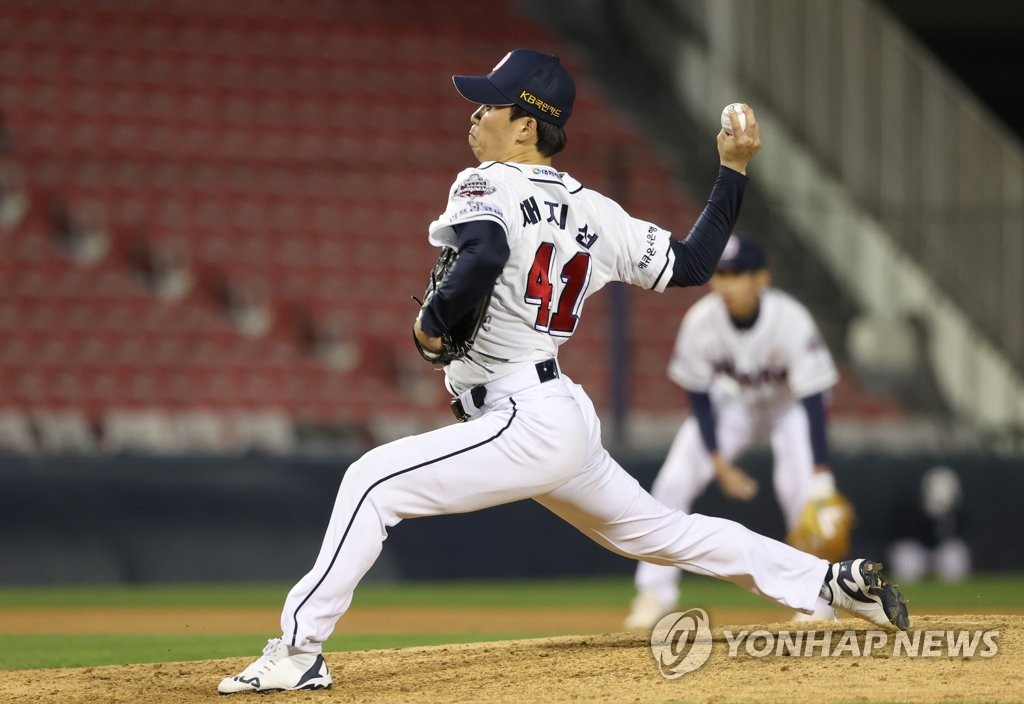 Nam, 20, also debuted last year as a reliever. He pitched in six games over the final two months of the season, posting a 3.93 ERA without a win-loss record.

At Jamsil, the Bears use the clubhouse on the first base side and the Twins have their lockers on the third base side. The traded players will simply move across the diamond. 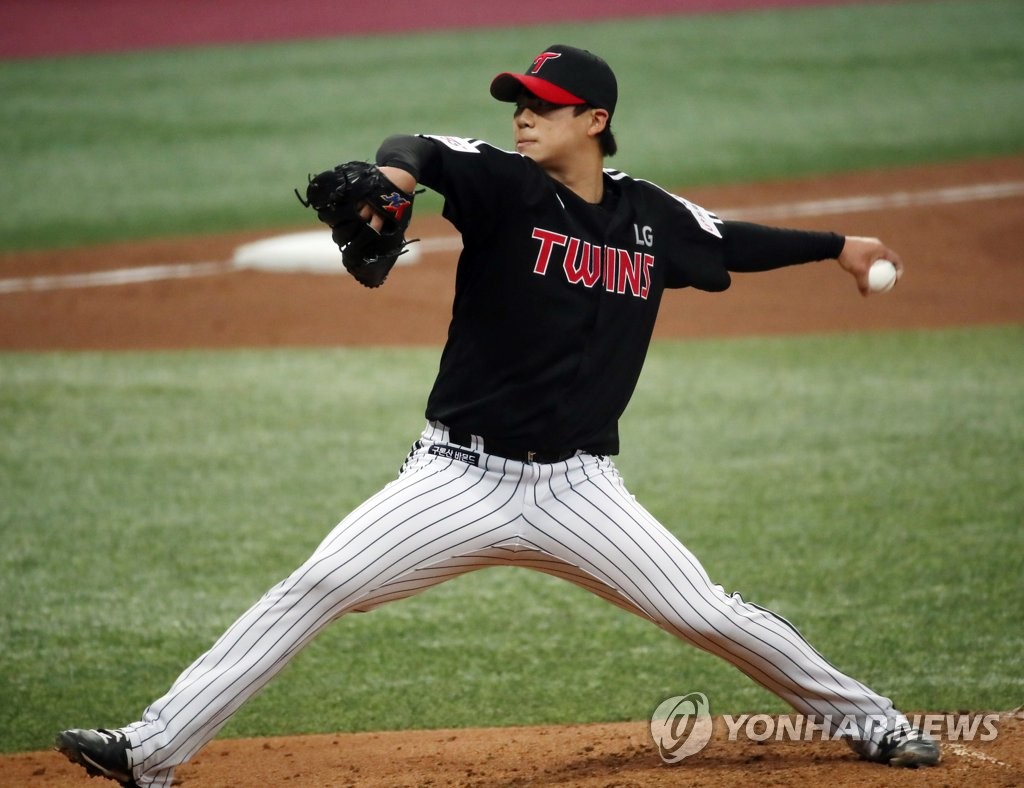