SEOUL, March 25 (Yonhap) -- South Korea lost to Japan 3-0 in their men's football friendly match on Thursday, unable to put up much of a fight in their worst defeat against the archrivals in nearly 10 years.

Japan struck twice in the first half, with Miki Yamane and then Daichi Kamada finding the back of the net at Nissan Stadium in Yokohama, south of Tokyo. Wataru Endo rounded out the scoring late in the second half. South Korea managed just one shot on target.

South Korea still hold a substantial edge in head-to-head record with 42 wins, 23 draws and 15 losses. But this was only the third loss in which South Korea conceded at least three goals: following a 4-1 loss in September 1974 and a 3-0 defeat in August 2011. 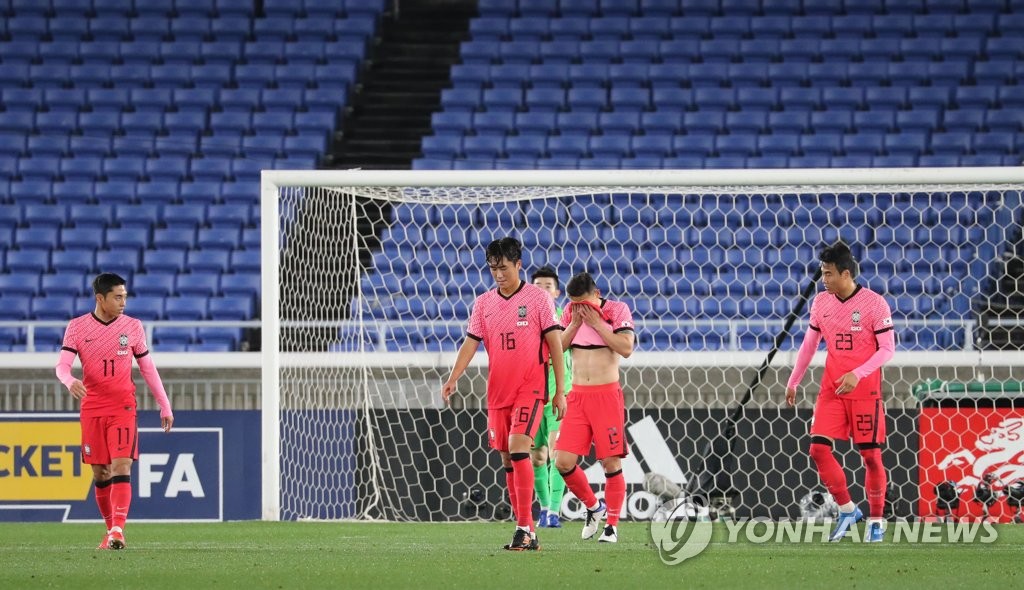 South Korea played without several key players, due to injuries and quarantine rules in their clubs' home countries. The biggest absence was team captain and Tottenham Hotspur star Son Heung-min, who suffered a left hamstring injury during a Premier League match on March 14.

Japan, on the other hand, had the services of many Europe-based stars, including captain Maya Yoshida, defensive back for the Italian club Sampdoria, and Takumi Minamino, midfielder for Southampton in the Premier League.

"We didn't play anywhere close to the way we wanted to play," he said. "We committed too many mistakes, especially in dangerous areas. We were more aggressive in the second half, but the opponents were better. They deserved to win."

Japan threatened to score in the fifth minute, when Kamada took a pass from Yuya Osako and flicked the shot just wide of the net. Five minutes later, Wataru Endo's header hit the top of the crossbar and stayed out of the net.

But South Korea weren't so lucky in the 16th minute. Yamane, Japan's right fullback, snuck in behind the sleepy Korean defense as he took a flick pass from Osako, and struck the ball past goalkeeper Jo Hyeon-woo to score in his international debut. 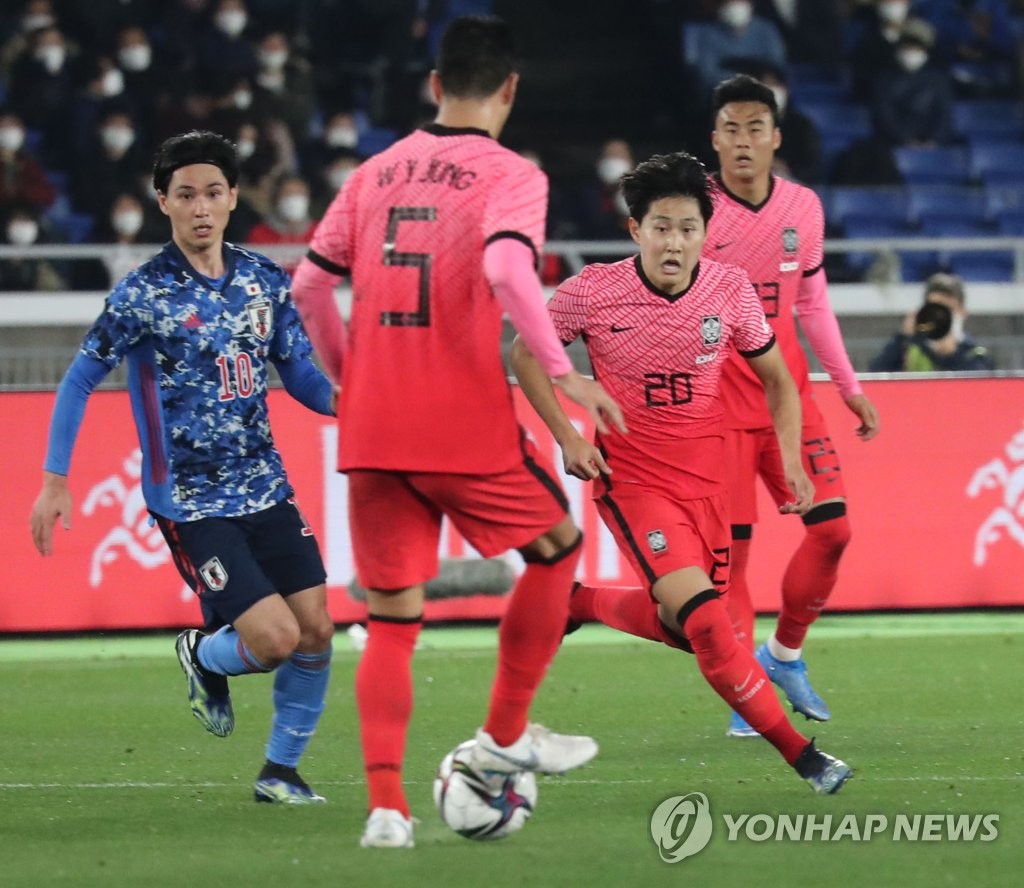 Japan doubled the lead in the 27th minute on a counterattack chance. After Japan intercepted a Korean pass just past the halfway line, Kamada received a pass in midfield and was allowed to sprint untouched all the way to the right edge of the box. From there, Kamada rolled the ball in off the right goal post for a 2-0 advantage.

South Korea made three substitutions to start the second half, with SC Freiburg midfielder Jeong Woo-yeong making his senior international debut at age 21.

Japan didn't let up, though, and it took some spectacular saves early in the second half by the new Korean goalkeeper, Kim Seung-gyu, to keep it a two-goal contest. 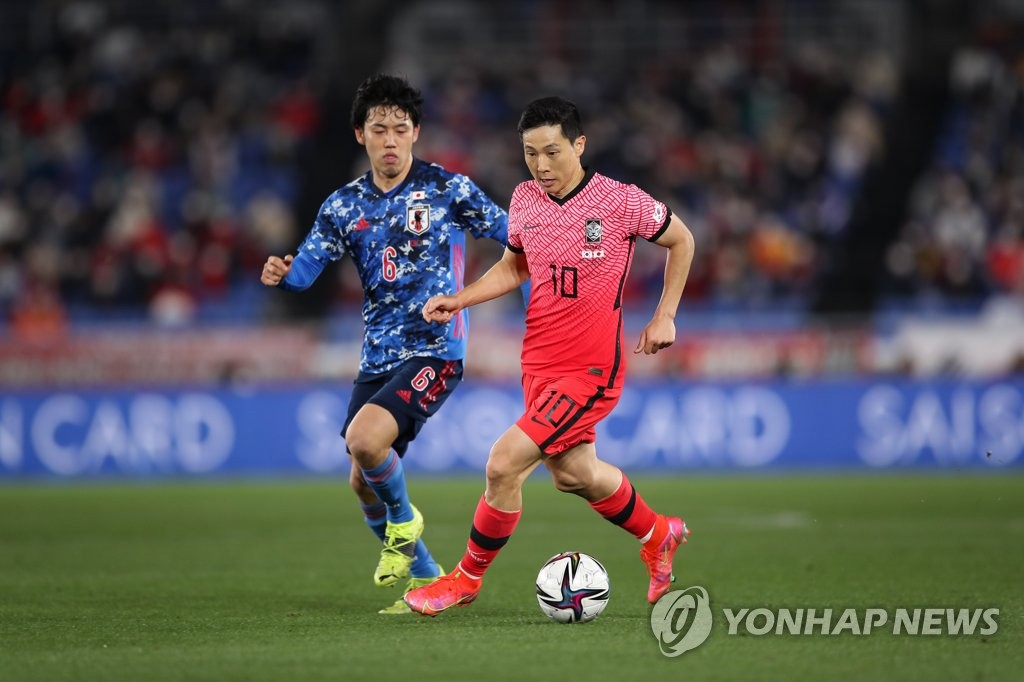 South Korea showed a little more life as the second half progressed. Their best opportunity came in the 65th minute, when Hong Chul's free kick went off a body in front of the net and hit the side of the target.

At the other end five minutes later, South Korea dodged a major bullet as Minamino, left wide open inside the box after a Korean turnover, rolled his shot wide right of the target.

But South Korea cracked for the third and the final time in the 82nd minute, with Wataru Endo's header getting past Kim. 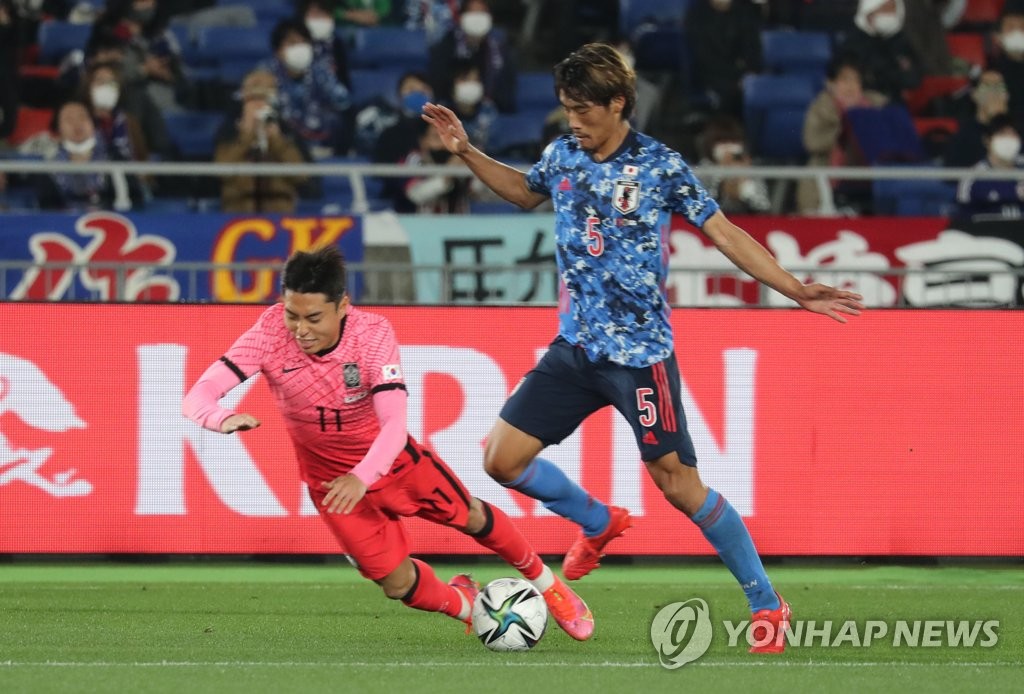