The Taeguk Warriors didn't live up to their moniker on Thursday, as they barely threw a counterpunch and managed just one shot on target in a 3-0 loss to Japan in their men's football friendly match in Yokohama, south of Tokyo.

Granted, South Korea were missing several key players, including their captain Son Heung-min, who injured his left hamstring while playing for Tottenham Hotspur in the Premier League on March 14. South Korea could have fielded a competitive team with players who were unavailable, either due to injuries or quarantine rules in their clubs' countries. 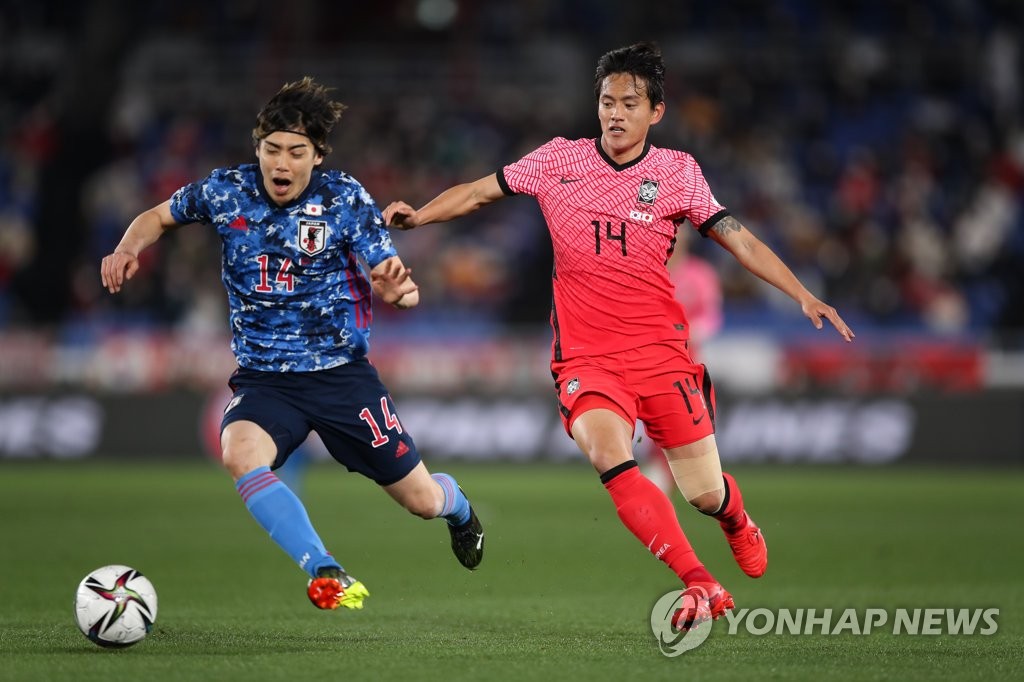 But South Korea head coach Paulo Bento could only work with the players that he had with him. And he insisted in his pregame press conference on Wednesday that he wasn't going to make excuses.

The message probably didn't get through to his players.

From early moments, the sheer discrepancy in talent between the two sides was noticeable. Japan had the luxury of having several of their own Europe-based mainstays, and two of them, Daichi Kamada of Eintracht Frankfurt and Wataru Endo of VfB Stuttgart, scored in the victory. 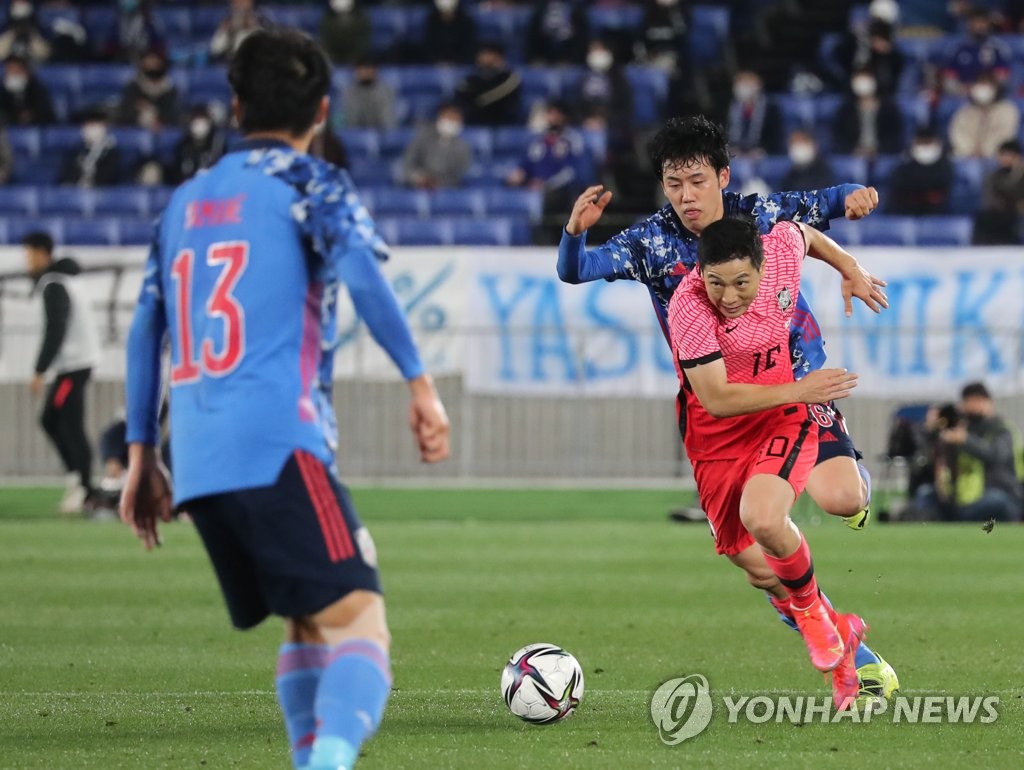 After defender Miki Yamane opened the scoring in the 16th minute, South Korea looked to have lost their sense of urgency, which was a surprise considering the magnitude of any Korea-Japan rivalry match -- be it in a friendly or in a tournament setting.

Whenever South Korean players secured the ball in their own zone, they had no answer against consistent and effective pressure from Japanese forwards and midfielders. Attempts to break free, either with long passes or individual efforts, failed more often than not, resulting in turnovers that led to dangerous scoring chances for Japan. On the few occasions when the ball reached the Japanese zone, South Korean players were frustrated by their opponents' stifling defense. 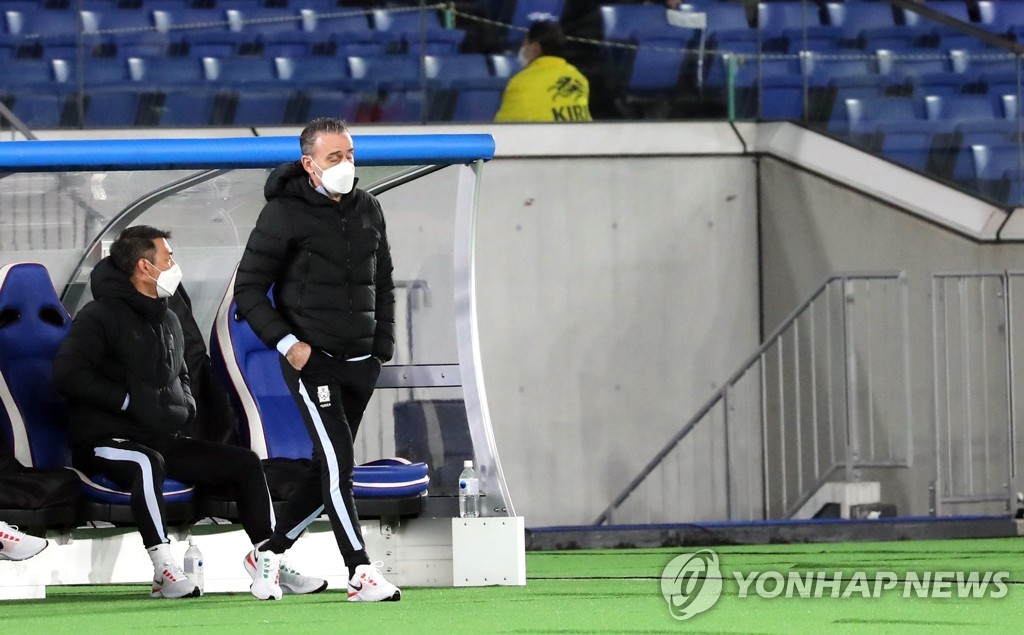 The final score flattered South Korea, who received superb goalkeeping from substitute Kim Seung-gyu in the second half. If not for Kim's heroics, Japan could easily have won by at least five goals.

Bento, aware of Japan's pressuring ways, made an unusual choice of deploying the midfielder Lee Kang-in up front as the lone forward. The experiment also seemed to be an indictment on the two natural forwards that Bento named to the team, Gyeongnam FC's Lee Jeong-hyeop and FC Seoul's Cho Young-wook, neither of whom played Thursday. And the rolling of the dice didn't produce the desired results. 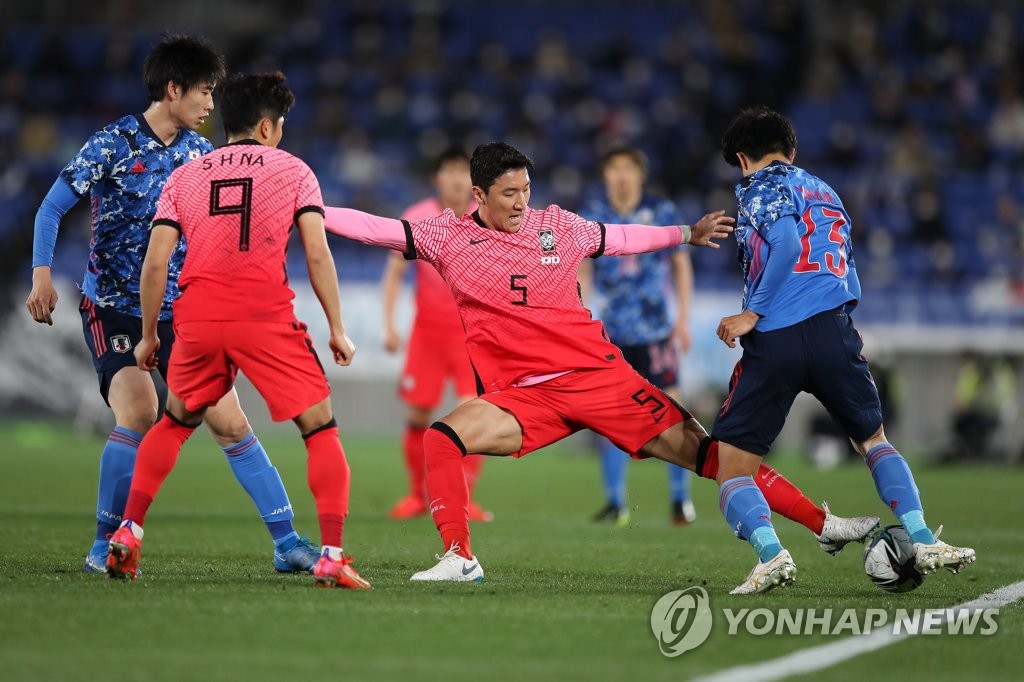 "My intention was to have Lee Kang-in draw defenders to him, which would then open up some space for our wingers and shadow striker to penetrate," Bento explained afterward. "I admit that things didn't work out the way we intended them to. In the first half, we only ended up passing the ball around the middle of the field. We only got a little better at it in the second half."

"When we first agreed to play this match (earlier in March), we felt we'd be able to play a competitive game," Bento said. "Since then, a lot of things changed and some difficulties emerged on our end. We just didn't play well. We have to look at ourselves in the mirror and figure out what we have to do to get better."

Bento bristled at the question on whether he felt the result would have been different had the likes of Son been available Thursday.

"That's not an appropriate question, and it's also not fair to the players that are here," the coach said. "If I were to say the match would have played out differently with the missing players in the lineup, then I wouldn't be honest with myself, and I would only be making excuses for this result." 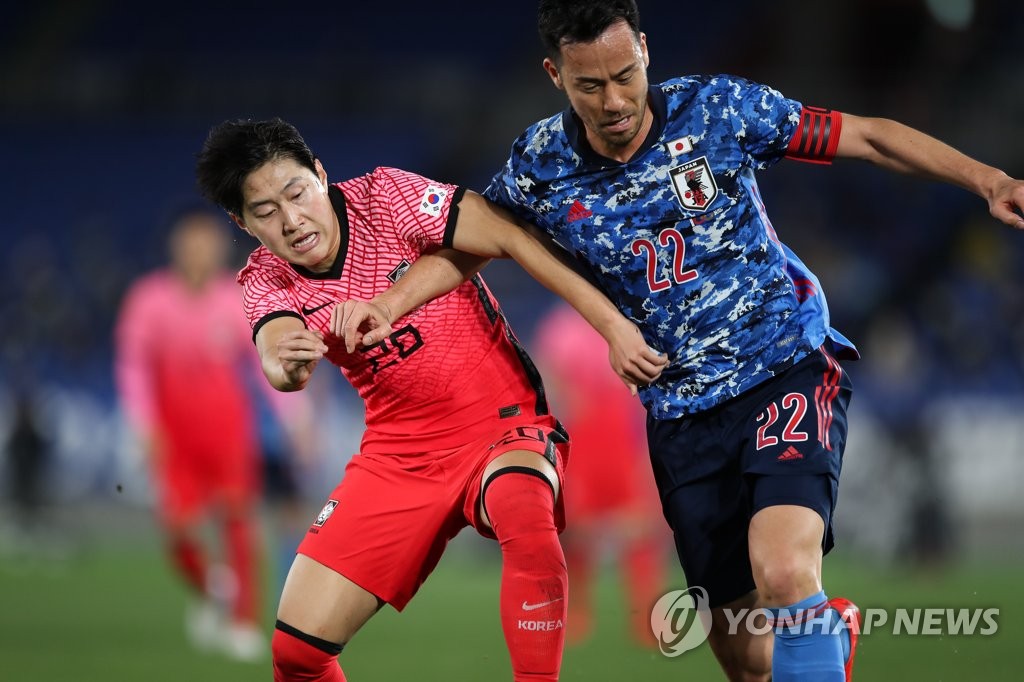