SEOUL, March 25 (Yonhap) -- The inimitable boxing great Mike Tyson once uttered, "Everybody has a plan, until they get punched in the mouth."

The South Korean men's football team had a plan against Japan before their friendly match on Thursday in Yokohama, south of Tokyo. And then they got punched -- not literally in the mouth, but figuratively all over their body. 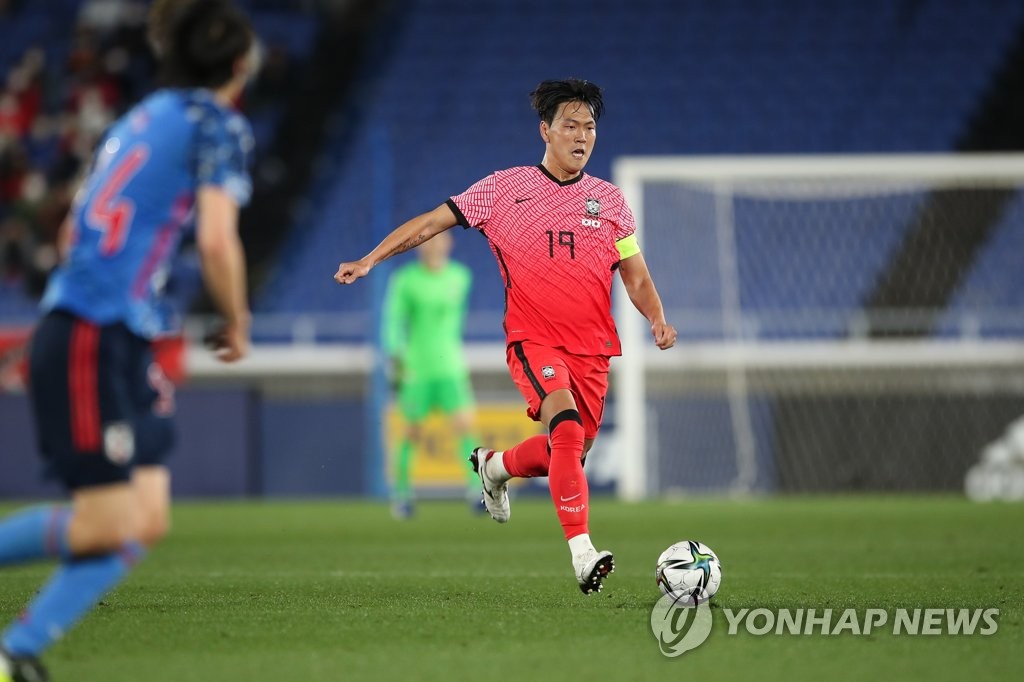 South Korea were thoroughly outplayed in their 3-0 loss at Nissan Stadium, and put just one shot on target -- a weak effort by Lee Dong-jun in the 84th minute with Japan up by three goals.

South Korean captain and centerback Kim Young-gown was responsible for the match's opening goal, as he failed to clear the ball out of harm's way just outside the box and allowed Miki Yamane to sneak in behind for the score.

"The loss is extremely disappointing, but we have to give where the credit is due," Kim said in his postmatch Zoom media conference. "The fact of the matter is we didn't play as well as Japan. But this won't be the last international match for us, and we have to learn from this loss."

Kim said he and his teammates had expected Japan to try to break down the South Korean defense with their patented quick, short passes. But it's one thing to prepare for what's coming and quite another to deal with it in an actual match. 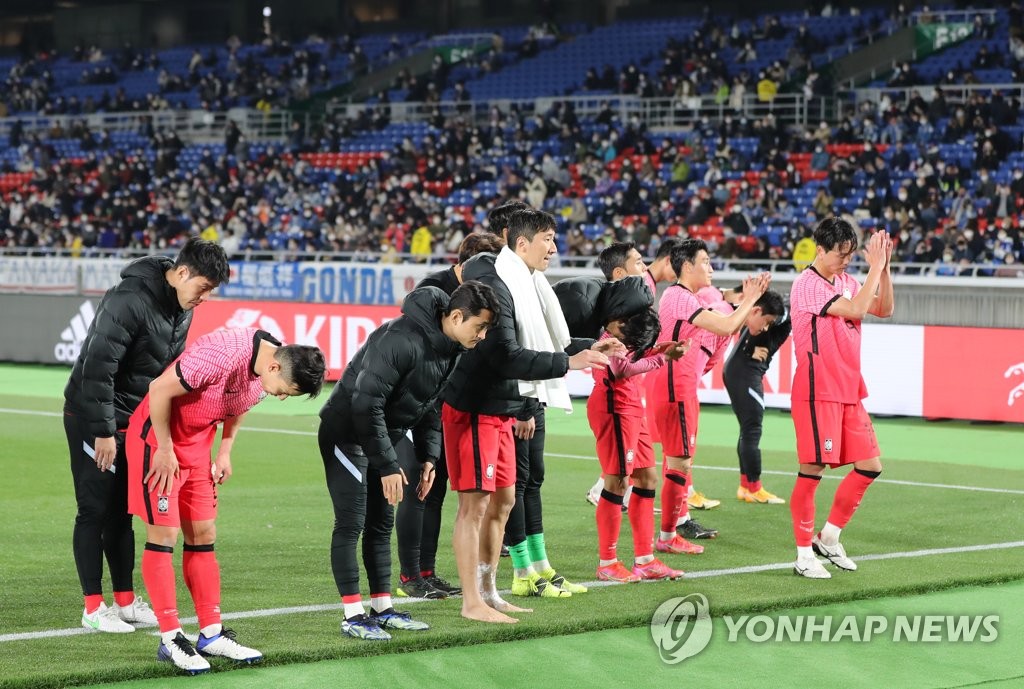 "We just didn't have it today, and the Japanese team was rock solid," Kim said. "They had their way around us and made great passes in tight spaces. We knew they were going to play that way, and we failed to stop them."

The second Japanese goal by Daichi Kamada was particularly jarring in how easily the Japanese midfielder dribbled into the Korean box -- untouched from near the halfway line and on.

Kim didn't make any excuse when asked about the apparent lack of urgency for his team.

"From myself and all the way down to the last guy, we wanted to show a lot of fight in this match," Kim said. "We felt we had to overwhelm the opponents with our grit. But for some reason, we just didn't have it. It's very disappointing." 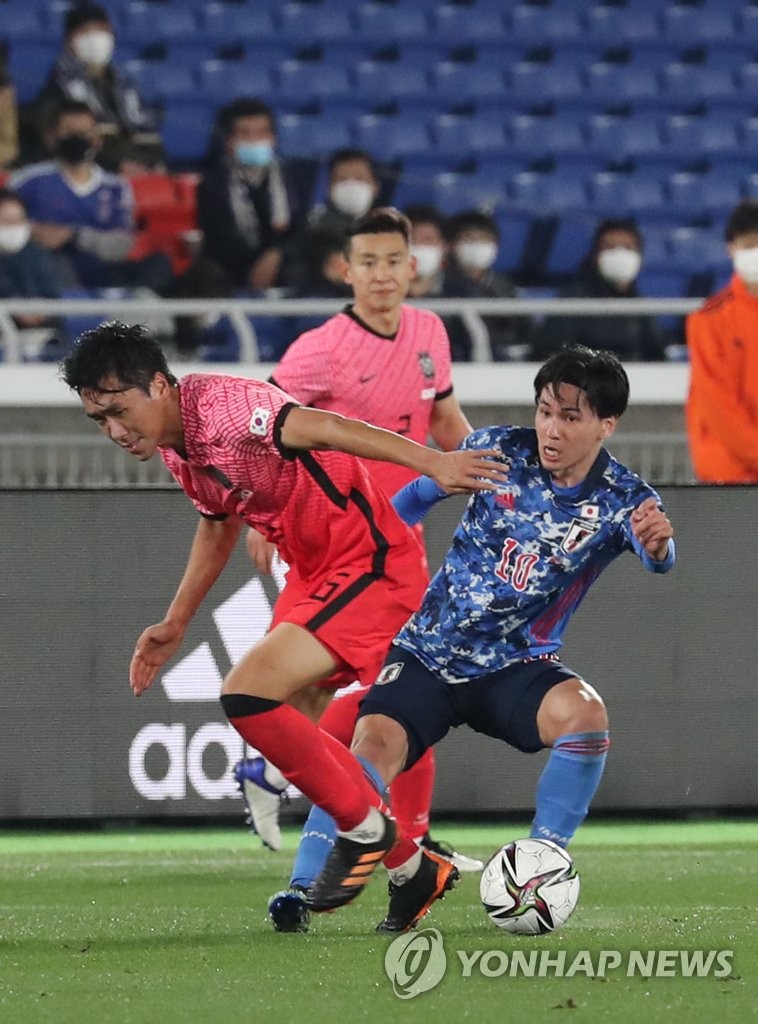