WASHINGTON, March 25 (Yonhap) -- U.S. President Joe Biden said on Thursday that the United States will respond appropriately should North Korea continue to escalate tension, but that it is also prepared for diplomacy with the recalcitrant regime.

Biden noted the launch of the missiles on Thursday (Seoul time) was in violation of U.N. Security Council resolutions.

"Let me say that, number one, U.N. resolution 1718 was violated by those particular missiles that were tested," Biden said in his first formal press conference since taking office on Jan. 20.

"We are consulting with our allies and partners, and there will be responses if they choose to escalate. We will respond accordingly," he added. 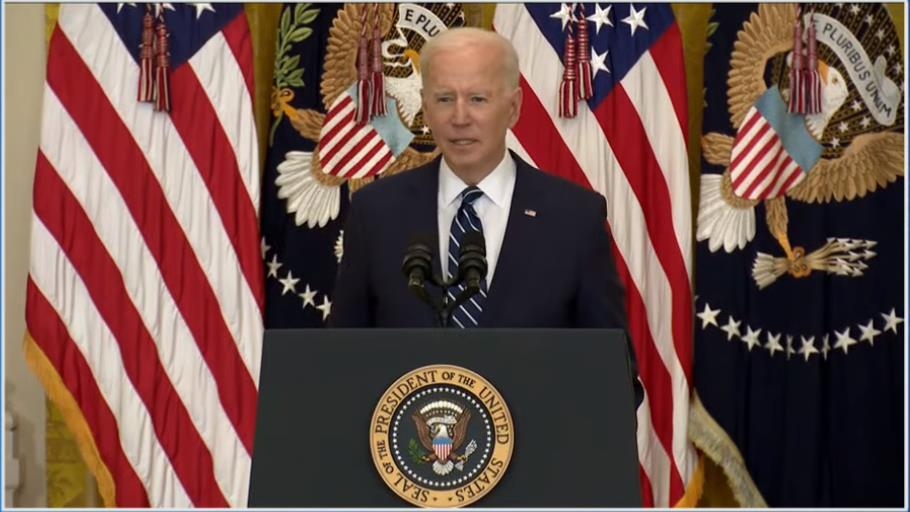 North Korea launched what appeared to be short-range ballistic missiles into the sea between the Korean Peninsula and Japan, U.S. and South Korean military officials said earlier.

Pyongyang is prohibited from testing any type of ballistic missiles under the U.N. Security Council resolution.

Pyongyang fired two cruise missiles on Sunday, which Biden had shrugged off as "business as usual."

"We've learned nothing much has changed," Biden said of the cruise missiles, which, according to U.S. officials, are not "covered" or prohibited by U.N. Security Council resolutions on North Korea.

Biden said diplomacy is still possible, despite the North's launch of ballistic missiles in violation of the U.N. resolution.

However, diplomacy, he said, "has to be conditioned upon the end result of denuclearization."