The group is scheduled to hit the popular U.S. daytime comedy talk show next Thursday and perform "HIT," the lead single from the band's third studio album, "An Ode," according to Pledis Entertainment.

Several K-pop groups popular in the North American market, such as BTS, SuperM and Monsta X, have appeared on "The Ellen DeGeneres Show," but Seventeen has not.

The 13-member band has appeared on several other popular American shows, including "The Late Late Show with James Corden" and "The Kelly Clarkson Show." 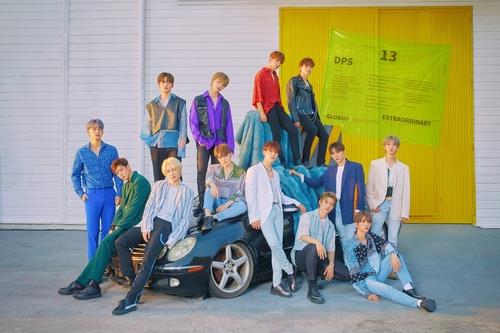