In his speech to a ceremony to mark the sixth anniversary of the Yellow Sea Defense Day held at the Navy's 2nd Fleet Command in Pyeongtaek, 70 kilometers south of Seoul, Moon said that "actions providing difficulty for the mood for dialogue are undesirable."

"I'm aware the people are greatly concerned by the North's missile test-firings. Now is the time for South and North Korea and the United States to work to continue our dialogue," he added.

Moon stressed South Korea remains firm in its security readiness to combat any and all types of provocations backed by "the country's military strength that is stronger than ever before and the firm South Korea-United States alliance."

The president's remarks came hours after Pyongyang confirmed its first launch of ballistic missiles in about a year.

On Thursday, South Korea's military said the North fired what appeared to be two short-range ballistic missiles into the East Sea from the country's eastern town of Hamju early in the morning.

It was the first ballistic missile firing by the North since the launch of the new Joe Biden administration in Washington and another violation of relevant U.N. Security Council resolutions. 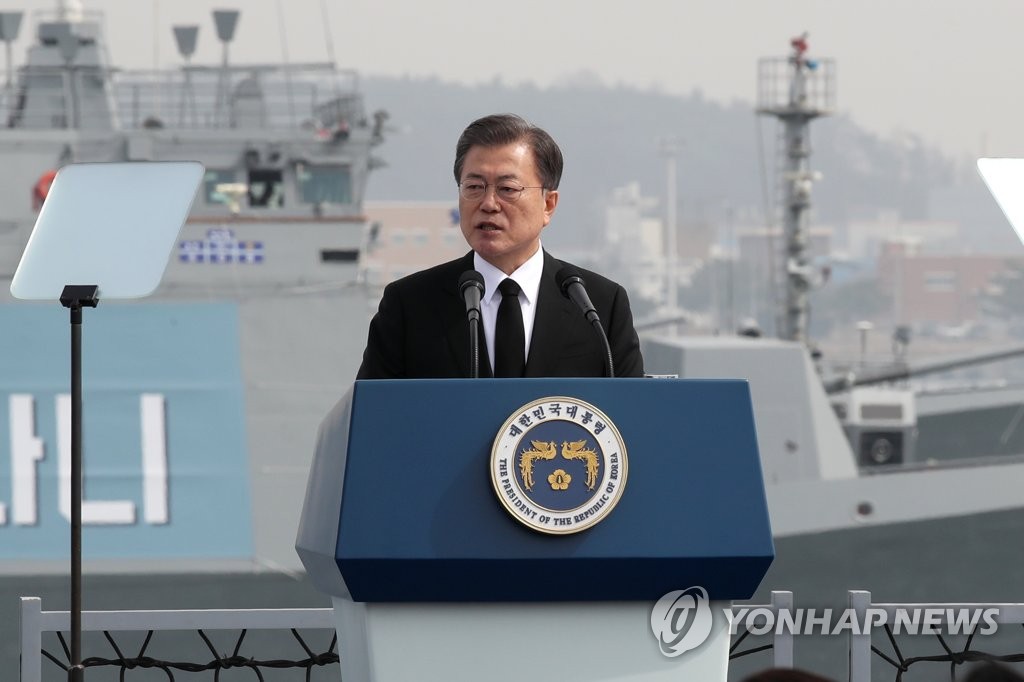 Moon also praised the advancement of South Korea's own proprietary military technologies, describing the country's missile capability as that of "leading world class" countries, and sufficient enough to ensure the nation's self-defense and allow the nation to follow its principle of a nuclear-free Korean Peninsula.

"We will also soon reveal to the people the next-generation KF-X fighter jet that we have developed with our own technology," Moon also said. South Korea has been working on the 8.8 trillion-won (US$7.9 billion) fighter project since late 2015 to replace the Air Force's aging fleet of F-4 and F-5 jets.

The government designated the fourth Friday in March as the Yellow Sea Defense Day to remember those who were killed in waters off the west coast during three battles against North Korea's provocations in 2002 and 2010.

This year marks the 11th anniversary of two of the three incidents -- North Korea's deadly sinking of the South Korean warship Cheonan on March 26, 2010, and the communist nation's artillery shelling of Yeonpyeong Island, a front-line island in the Yellow Sea, on Nov. 23, 2010. 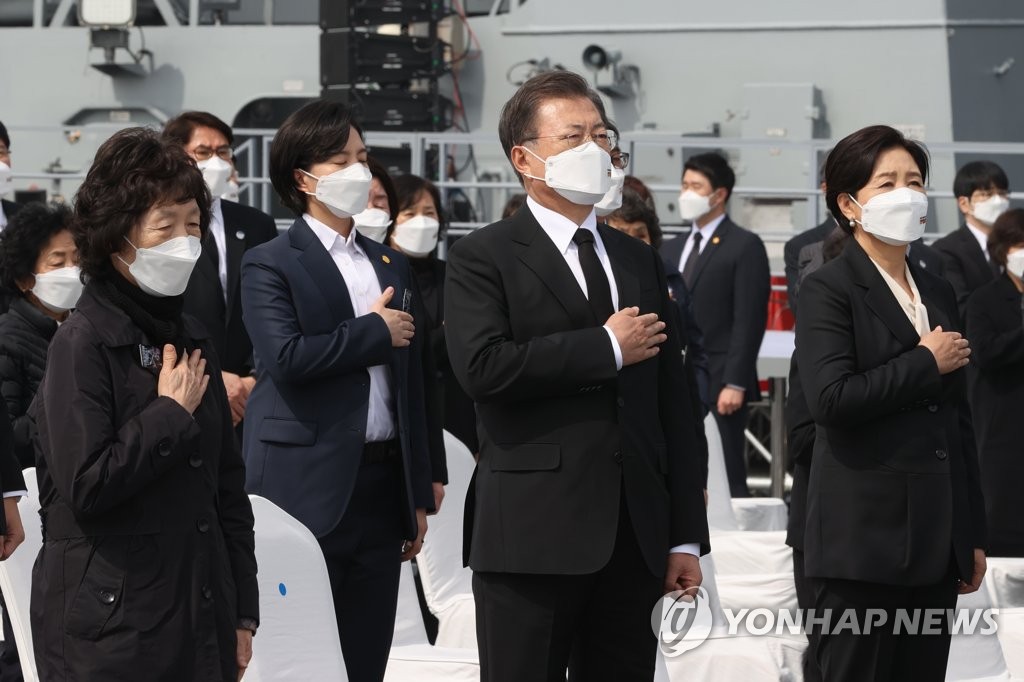 Moon said that the government has worked hard to possess "overwhelming" military strength to preserve and create peace.

"Not a single soldier has been injured or killed in the past four years in the Yellow Sea due to armed clashes or military provocations. This is proof that a powerful force creates peace," he said.

The president also highlighted the government's plan to deploy a light aircraft carrier by 2033 produced by South Korean technology and deploy a 3,000-ton submarine program, which has been in development since 2018, by 2024.

He also thanked war veterans for their sacrifices and said the government will work to provide timely support for veterans through a swift review process.

Moon, meanwhile, christened the Navy's new seventh-unit Daegu-class convoy, set to be launched in 2023, as the "Cheonan," in honor of the soldiers who lost their lives in the deadly 2010 incident.

"The Cheonan has radiantly been revived through the fighting spirit of fallen heroes and surviving soldiers," Moon said, explaining that it will be one of the Navy's key convoys carrying powerful homegrown weapons. 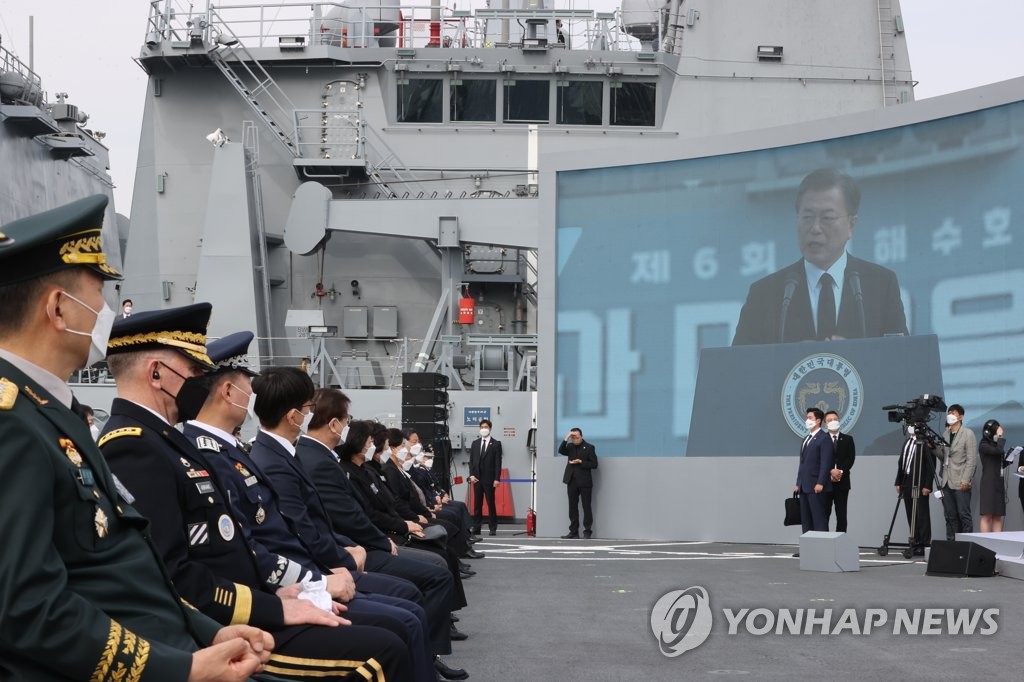