SEOUL, March 26 (Yonhap) -- The U.S. Forces Korea (USFK) has completed vaccinating 32 percent of its population against the coronavirus, its officials said Friday.

USFK began the vaccination campaign with the Moderna vaccine in December starting with health care workers, and the first shipment of Johnson & Johnson (J&J) vaccines arrived here earlier this month.

The number includes USFK retirees and other people closely working with the U.S. military, according to officials.

With around 900 Moderna vaccine doses remaining, USFK will receive 11,900 J&J doses Wednesday. Additional vaccines for the second Moderna shots will also arrive next week, they said.

USFK Commander Gen. Robert Abrams said the U.S. military plans to start inoculating the last group among its seven-tier categories for vaccination in the coming weeks.

"I expect in the next couple of weeks, we're gonna start hitting, bringing in Group G and that'll be huge," Abrams said, referring to the final group that includes "all other eligible individuals not previously identified or who have not already been vaccinated."

Receiving the vaccine is voluntary, but USFK has urged its community members to strongly consider taking it.

"The more and more people take it, this is going to help us in the long run," the general said. "When we get 80, 90 percent of our population vaccinated, we're actually going to choke this virus out."

As of Thursday, USFK reported 807 infections among its population, most of whom tested positive upon their arrival here from the United States. 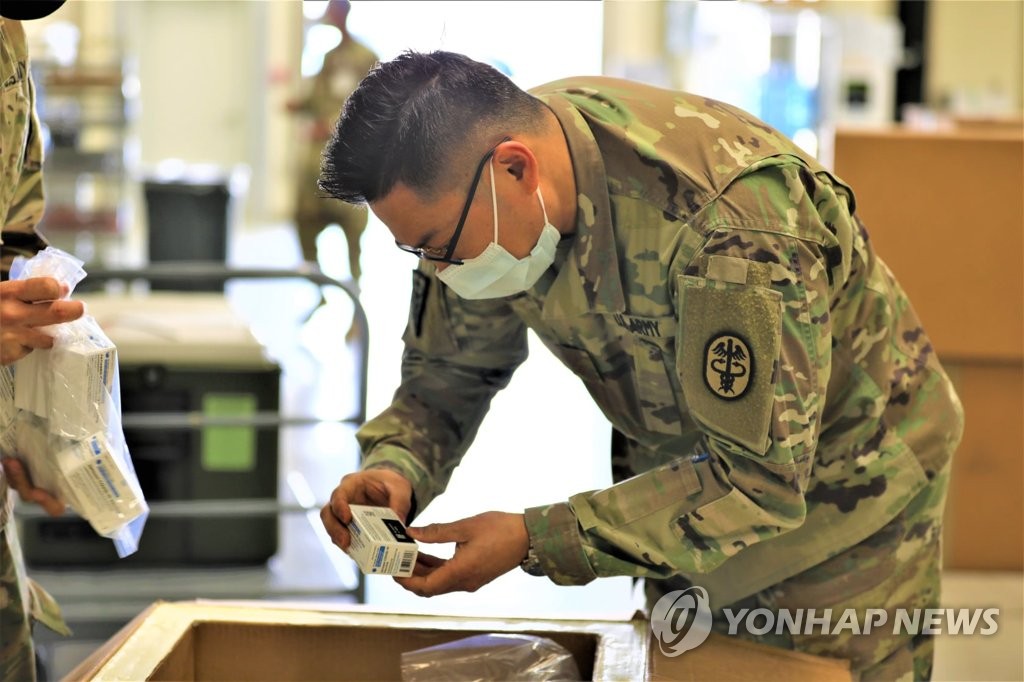