SEOUL, March 27 (Yonhap) -- Satellite imagery of a North Korean shipyard has detected suspicious activity suggesting it may be ready to launch a new ballistic missile submarine in the near future, a U.S. expert website monitoring the communist country said.

38 North reported Friday that recent commercial satellite imagery of the North's Sinpo shipyard on its east coast indicated that the floating dry dock, normally moored at a nearby pier, has recently been repositioned along the construction hall's submarine-launch quay.

Noting that such an arrangement is not usual, the website said it indicated that "the new ballistic missile submarine, which has been under construction for several years, may be nearing completion or is ready to be rolled out and launched in the near future."

Alternatively, the dry dock may be there for rail alignment adjustment with those on the quay, as no submarine is known to have been launched from this location as of yet, it added.

North Korea has been building a new submarine, which is believed to be a 3,000-ton one that is capable of carrying three submarine-launched ballistic missiles (SLBMs). Pyongyang first unveiled the new asset in July 2019. 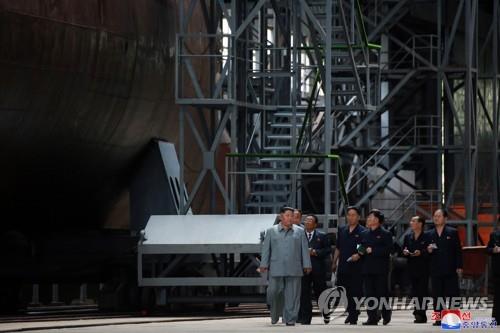 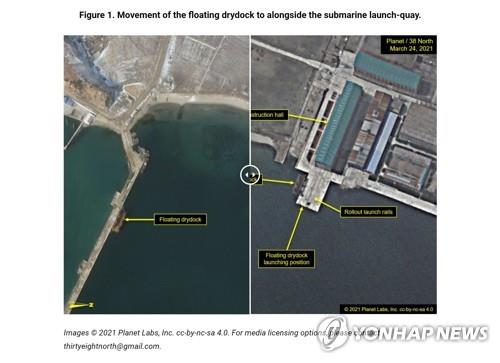