SEOUL, March 28 (Yonhap) -- South Korea's daily new coronavirus cases fell back below 500 on Sunday, a day after reaching a 36-day high of 505, as fewer people took the virus tests due to rain and the weekend amid lingering woes over a rise in new infections.

The country added one more death from COVID-19, increasing the total to 1,722.

After hitting the highest tally of 505 on Saturday since the 561 new patients reported on Feb. 19, Sunday's caseload dropped below 500.

Over the past week, new cases have been above 400, except for a brief fall to 346 on Tuesday.

With sporadic cluster infections soaring, untraceable cases accounted for 26.4 percent of the total cases over the past two weeks. Medical workers were unable to determine where patients contracted the new coronavirus for 1,618 out of the 6,125 confirmed cases reported to health authorities from March 15 to Sunday. 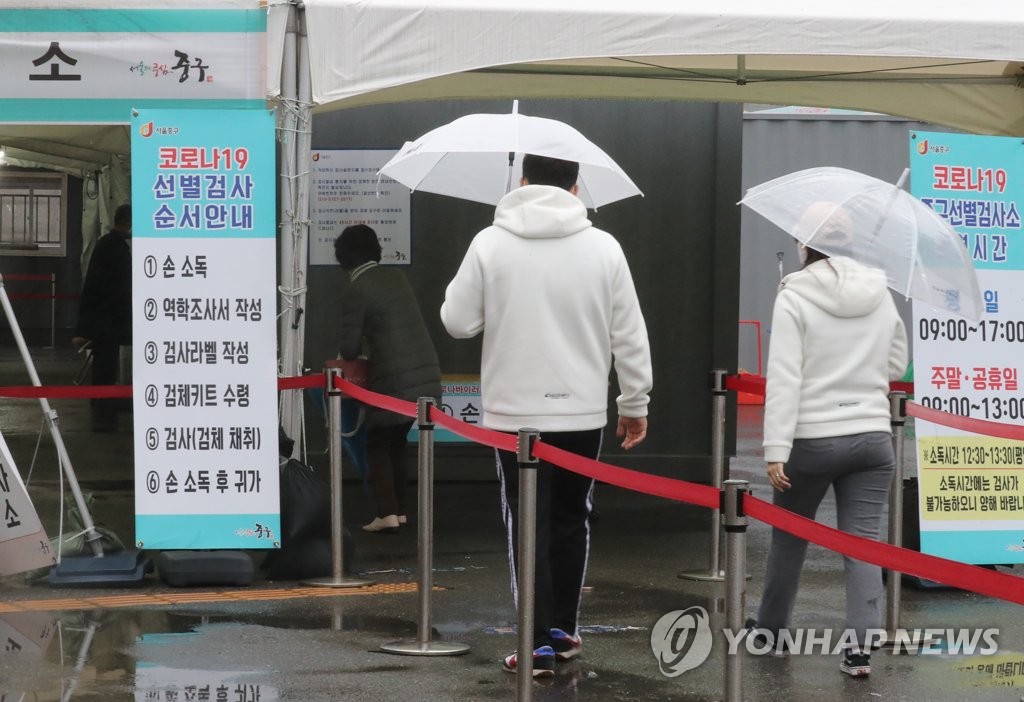 As of 6 p.m., a total of 303 new cases have been reported, down 63 from the same time period a day earlier. Of the total, 208 have been confirmed in the greater Seoul area, including 88 cases in the capital, according to health authorities and local governments.

To contain the continued rise in the new infections, health authorities extended the current Level 2 social distancing rules in the greater Seoul area, where more than half of the country's overall population resides, and Level 1.5 for the rest of the country for another two weeks until April 11.

Bans on gatherings of five or more people will be continued, and restaurants and other public facilities in the greater Seoul area will be allowed to remain open till 10 p.m.

The next five weeks starting Saturday were also designated as a "special virus prevention period" to tackle a surge in spring travelers.

Since Feb. 26 when the country initiated its vaccination program, a total of 793,858 people have been given COVID-19 vaccine shots, including 1,056 on Saturday.

A total of 10,309 cases of side effects after vaccinations have been reported, though 10,177 of them were mild symptoms.

Of the 48 new side effect cases repoted Sunday, 47 were inoculated with AstraZeneca's vaccine and the other with Pfizer's vaccine.

A total of 21 deaths after vaccinations have been reported, according to the KDCA.

AstraZeneca COVID-19 shots for citizens aged 65 and older began earlier this week, and Pfizer vaccines are to be administered to people aged 75 and older starting next month.

In a meeting held later in the day, health authorities decided to introduce COVID-19 vaccine leave to allow people with side effects after vaccination to take up to two days off without doctors' notes starting in April. 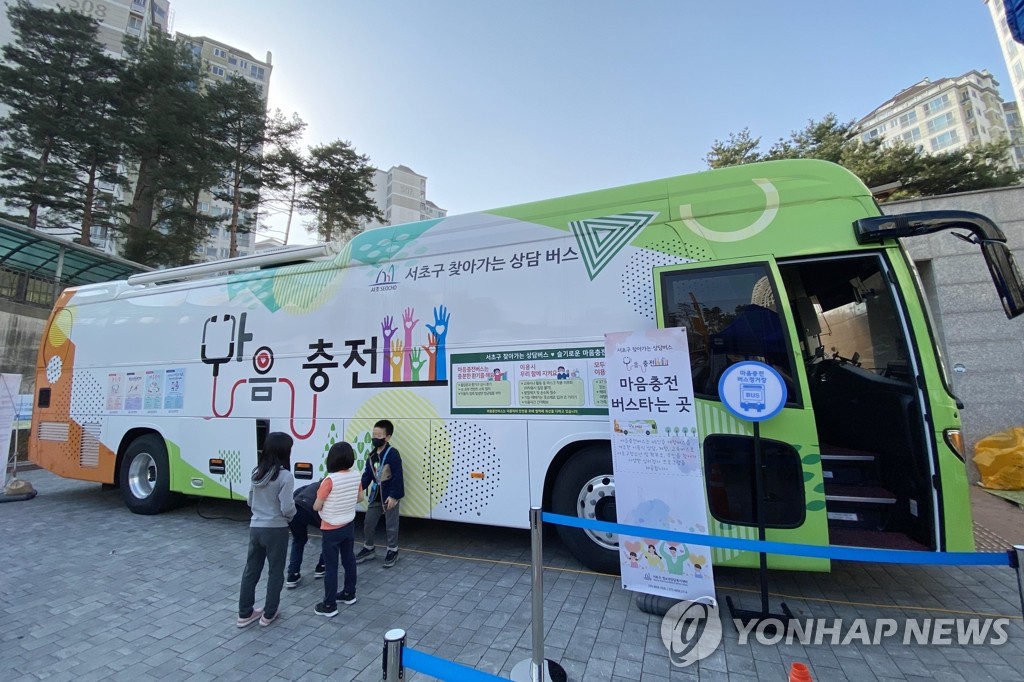 The greater Seoul area took up 68.6 percent of the total.

The number of imported cases came to 20, up from 15 the previous day. Cases from Asian countries, except for China, stood at 15, with cases from the Philippines at four.

The number of patients with serious symptoms across the country reached 104, up from 103 the previous day, the KDCA said.

The total number of people released from quarantine after making full recoveries moved up 380 to 93,855.