Eating will be banned at 21 types of public places, which also include karaoke bars, public saunas and movie theaters, and violators will be fined 100,000 (US$88) starting April 5 after a one-week grace period, officials said.

Other facilities subject to the ban include cram schools, hair dressers, gyms, casinos and exhibition halls. But exceptions can be applied, however, if the facility has a separate area within the establishment that has been approved for eating.

On Friday, the government extended the current Level 2 social distancing rules in the densely populated greater Seoul area, the third highest in its five-tier system, until April 11, citing signs of a new spike in virus cases. It retained Level 1.5 for the rest of the country for another two weeks.

Gatherings of five or more people will continue to be banned, and restaurants and other public facilities in the greater Seoul area will be allowed to remain open until 10 p.m.

The government has picked 33 types of establishments used by large numbers of the public, including the 21 places, and called for stringent efforts to comply with basic distancing rules, which also includes keeping a register of every visitor without exception.

South Korea reported the highest number of daily COVID-19 cases of 505 in about a month Saturday, amid little sign of a letup. On Sunday, the country added 482 more cases, with the total infections reaching 101,757. 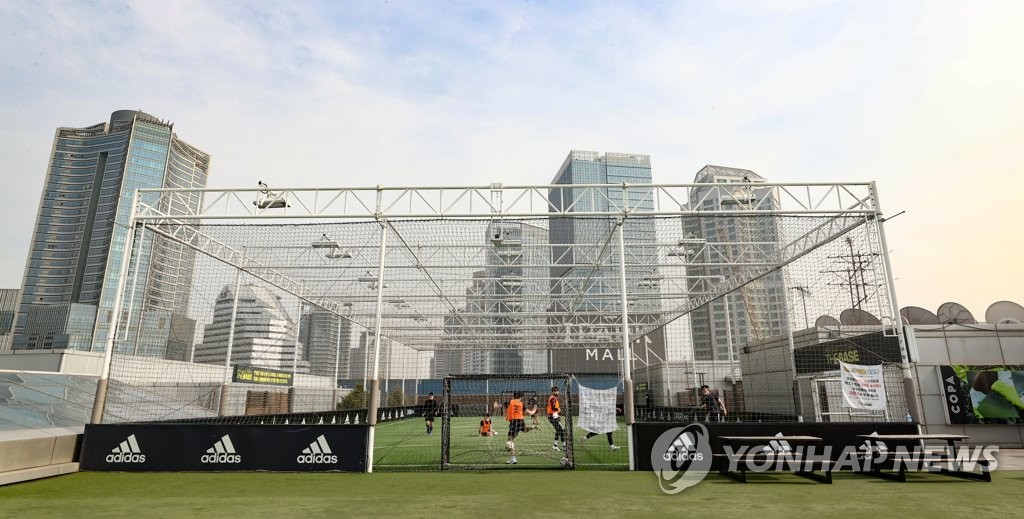 Gov't to enforce 'no eating' policy at sports stadiums, libraries, museums as virus cases on rise

Gov't to enforce 'no eating' policy at sports stadiums, libraries, museums as virus cases on rise