SEOUL, March 28 (Yonhap) -- The government and the ruling party decided to push for new legislation obligating all public officials to declare their assets, a lawmaker said Sunday, amid a public uproar over a land speculation scandal involving employees of the state housing developer.

Rep. Kim Tae-nyeon, acting chairman of the ruling Democratic Party, also said after a meeting with officials of the government and the presidential office that the government will make sure to confiscate all illegal gains made from real estate speculation.

Retroactive legislation, if necessary, will be pushed for to confiscate illegal profits, he said.

The move came as the government and the ruling party are grappling to assuage the public outcry over the allegations that the employees at the Korea Land and Housing Corp. (LH) bought large plots of land using insider knowledge.

"We will elevate the level of institutionalization to root out the speculative land deals by public officials during the April parliament sessions," Kim said. "We will put forth additional legislation so that every public servant discloses their property."

The LH scandal has emerged as the biggest headache for the Moon Jae-in administration ahead of key mayoral by-elections in Seoul and Busan next month, with public discontent running high over soaring home prices.

Moon is set to preside over an interagency policy meeting Monday, in which he is expected to unveil measures to eradicate the real estate speculation by public officials.

Among the measures to be announced are upping the criminal punishment for public officials found to have made illegal profits by using undisclosed information, including not only confiscating all such profits but also fining them three to five times the illegal profits.

Those working in related sectors will also be banned from acquiring any real estate linked to their jobs, officials said. 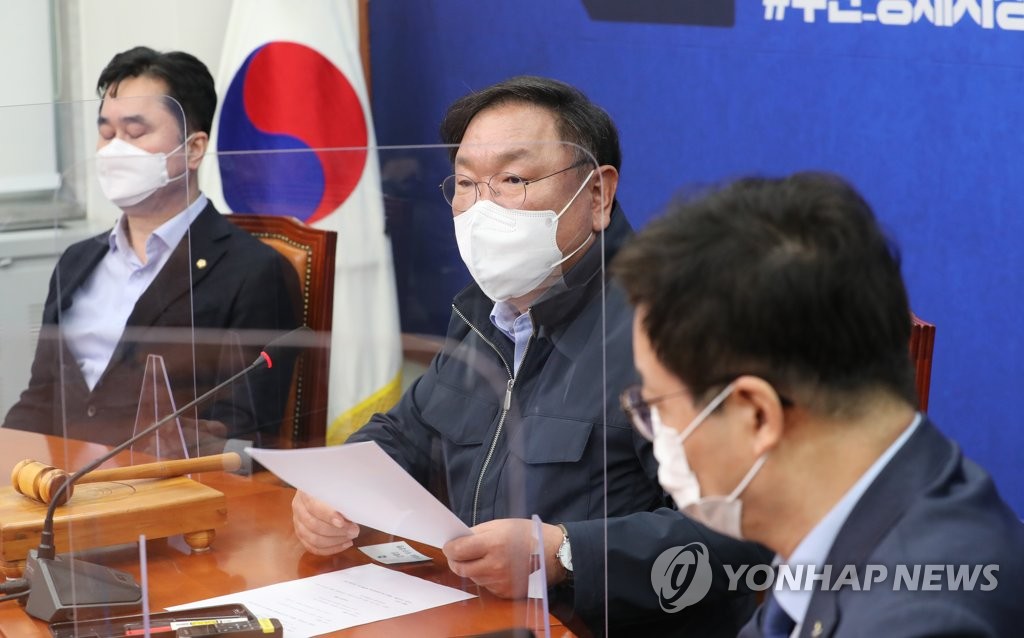