SEOUL, March 29 (Yonhap) -- An extraordinarily strong yellow dust storm originating from the inland deserts in northern China and Mongolia blanketed all of South Korea on Monday, prompting authorities to issue a yellow dust warning for Seoul and almost all parts of the country for the first time in a decade.

The density of fine dust particles smaller than 10 micrometers in diameter, known as PM 10, soared to 1,174 micrograms per cubic meter in Daegu on Monday morning, the worst level since Nov. 12, 2010, when the corresponding figure reached 1,047 micrograms in the southeastern city.

The PM 10 reading also surged far above the government-designated "very bad" level in the greater Seoul area and all other regions throughout the day. 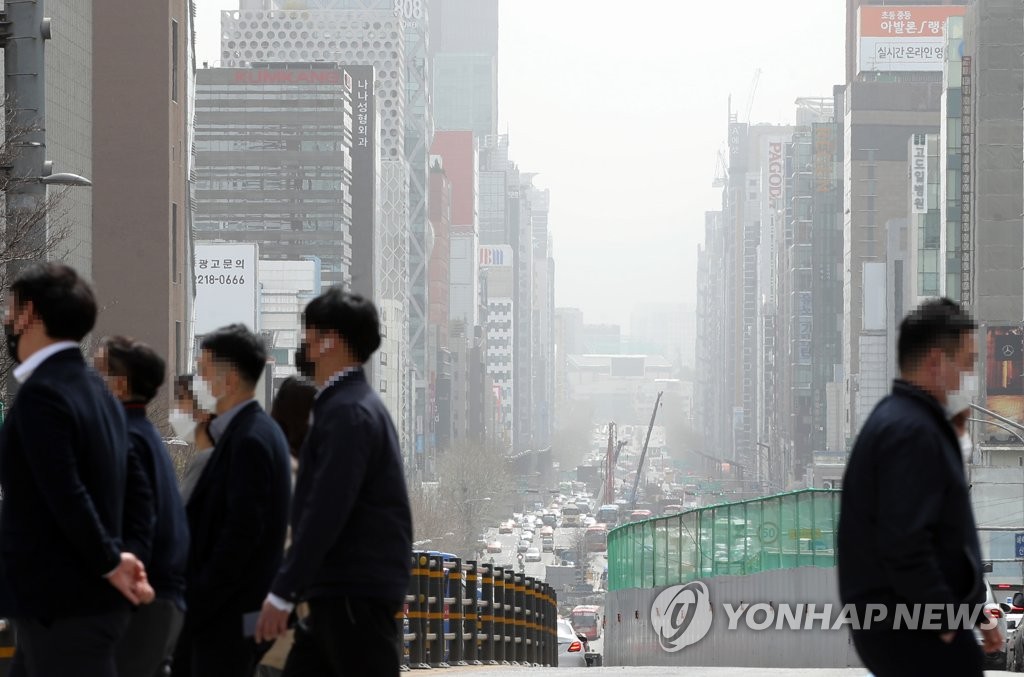 In Seoul, the hourly PM 10 average stood at 302 micrograms as of 6 p.m. from a daily peak of 545 micrograms. In Daegu, as well, the corresponding figure dropped to 372 micrograms, though it once skyrocketed to 1,348 micrograms in parts of the city in the morning. 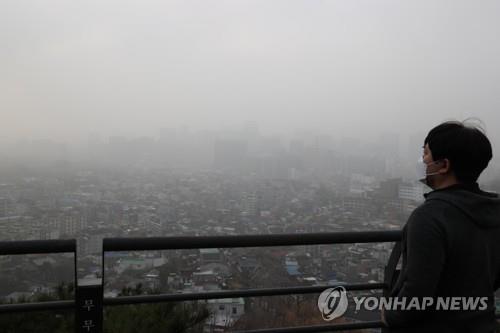 The center explained that the entire nation has come under the influence of a massive dust storm that originated in the Inner Mongolian region in northern China and the Gobi Desert in Mongolia on Friday and moved south by riding northwesterly winds.

It forecast the PM 10 reading will remain at the very bad level across the nation until Wednesday due to residual yellow dust and atmospheric stagnation and will get better from Thursday. 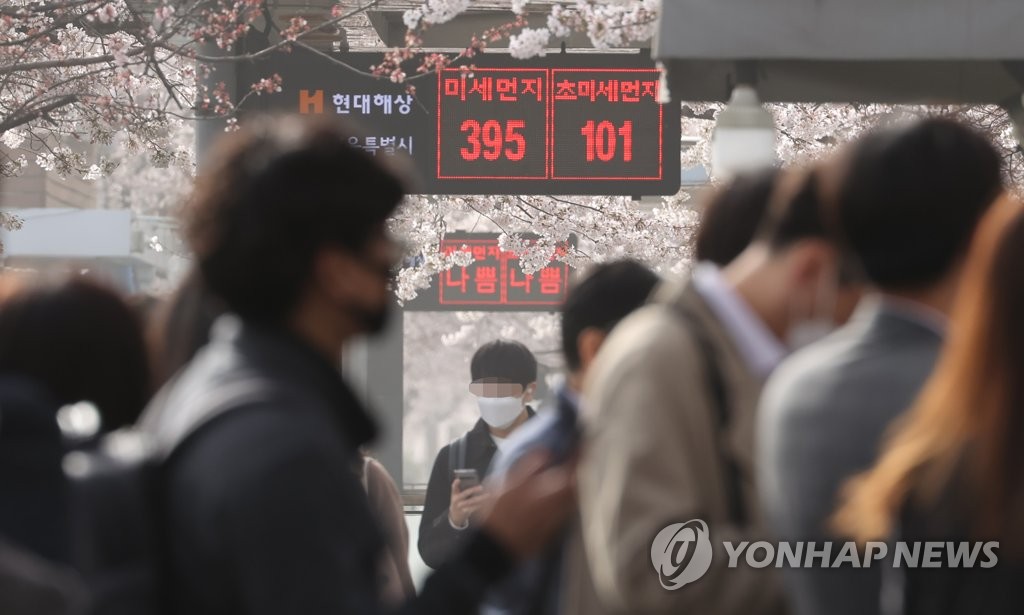 The Korea Meteorological Administration issued a yellow dust warning for Seoul as of 7:10 a.m., asking citizens with respiratory or cardiovascular problems, children and other vulnerable people to refrain from going outdoors.

The yellow dust warning was also issued for almost all parts of the country, excluding Gangwon Province and some southern regions. A yellow dust warning is issued when the PM 10 figure is forecast to stay above 800 micrograms per cubic meter for longer than two hours.

In a related move, the Ministry of Environment said the third-highest level of "caution" in the government's four-stage crisis alert against yellow dust was enforced for all of the nation's 17 metropolitan cities and provinces for the first time since the alert system was adopted in 2015.

The yellow dust "caution" level is enforced when a yellow dust warning is in effect and the hourly PM 10 average is expected to stay above 300 micrograms for longer than two hours.

The ministry asked that all schools nationwide suspend outdoor classes, outdoor workers wear masks and the weak and vulnerable people be protected from air pollution. 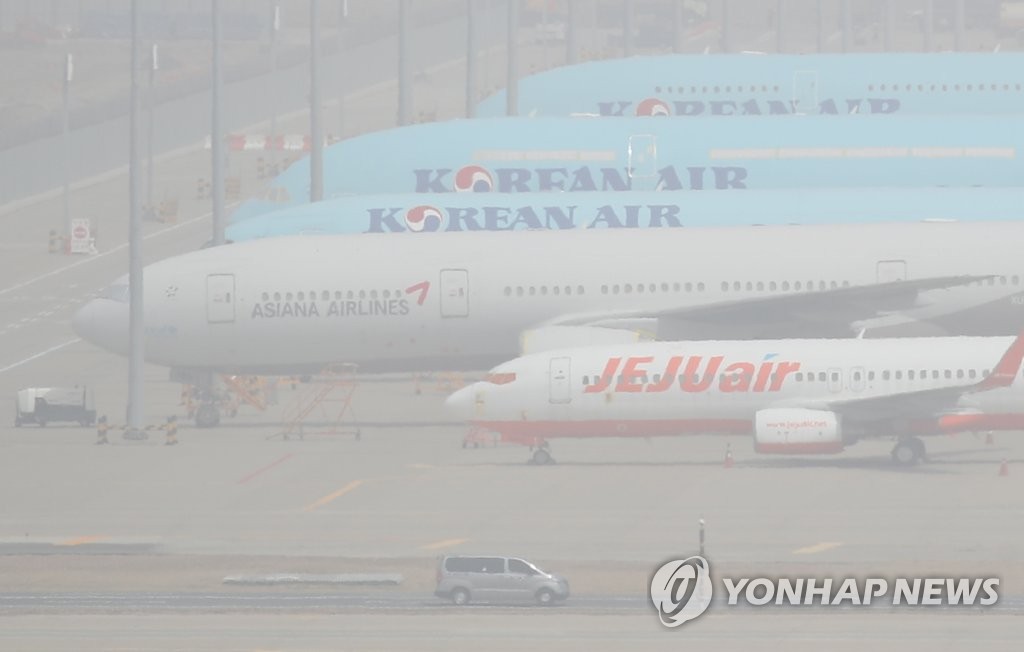 According to the air quality center, the density of ultrafine dust particles smaller than 2.5 micrometers in diameter, known as PM 2.5, also soared to the very bad level in almost all parts of the country, including the greater Seoul area, where it recorded 53 micrograms per cubic meter as of 6 p.m.

South Korea's authorities have classified levels of PM 2.5 above 35 micrograms per cubic meter as "bad" and above 75 micrograms as "very bad," while the World Health Organization recommends keeping levels below 25 micrograms. 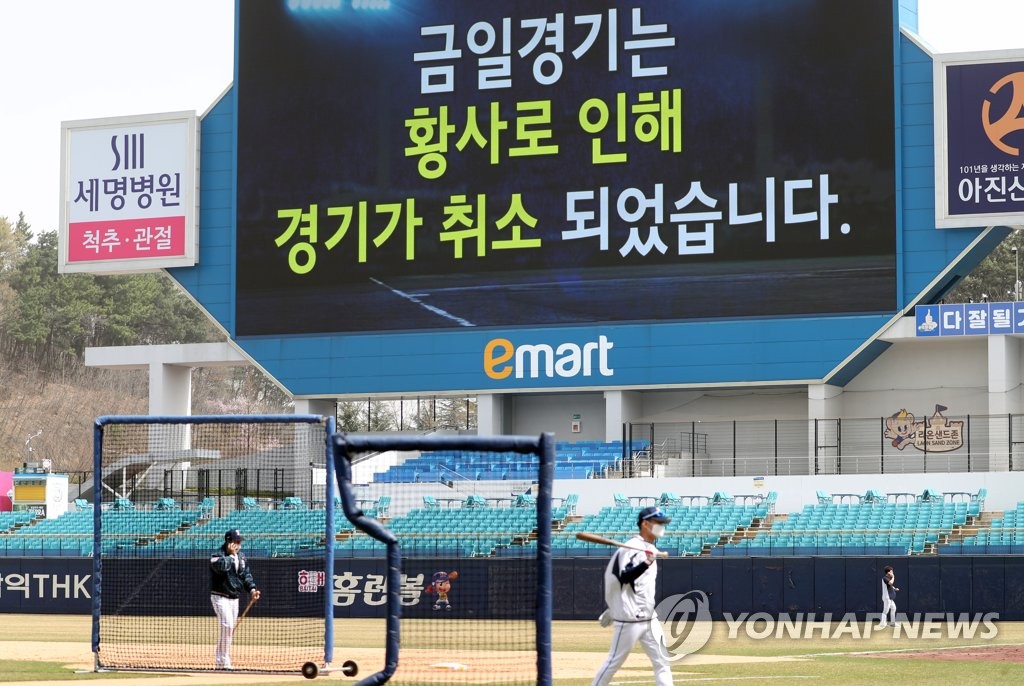 In Daegu and other cities put under the yellow dust warning, the view was so blurred that the boundaries of mountains and high-rise buildings could hardly be distinguished and citizens gave up outdoor activities early.

Public parks and popular places to see cherry blossoms and other spring flowers were visibly deserted, while exhibition pro baseball games were canceled due to fears of possible health problems for players.

Many citizens who locked themselves in offices or homes for fear of harmful dust particles complained of dust-related pain in their throats and eyes throughout the day.

"Even in the office, I felt like my throat is sore and my eyes are sore. So I can hardly concentrate on my work all day," said a company employee in Seoul. 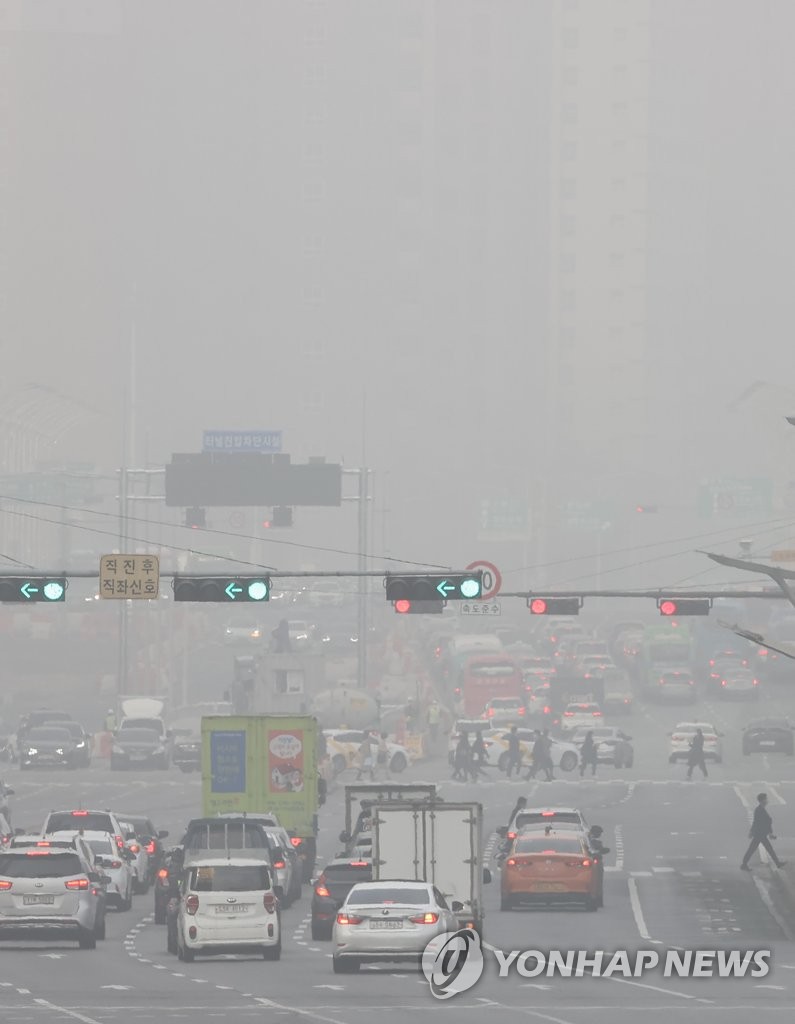