Moon promoted Lee Ho-seung, senior secretary for economic affairs, to the post of handling policy at the presidential office, according to You Young-min, presidential chief of staff.

Earlier in the day, multiple news outlets reported that Kim signed a contract to hike the rental fee of his apartment by 14 percent just a couple of days before the introduction of new legislation to limit such an increase to as much as 5 percent.

Kim tendered his resignation late last year, saying he wants to take responsibility for unrelenting hikes in home prices and rent, especially in Seoul. At that time, however, Moon rejected it. 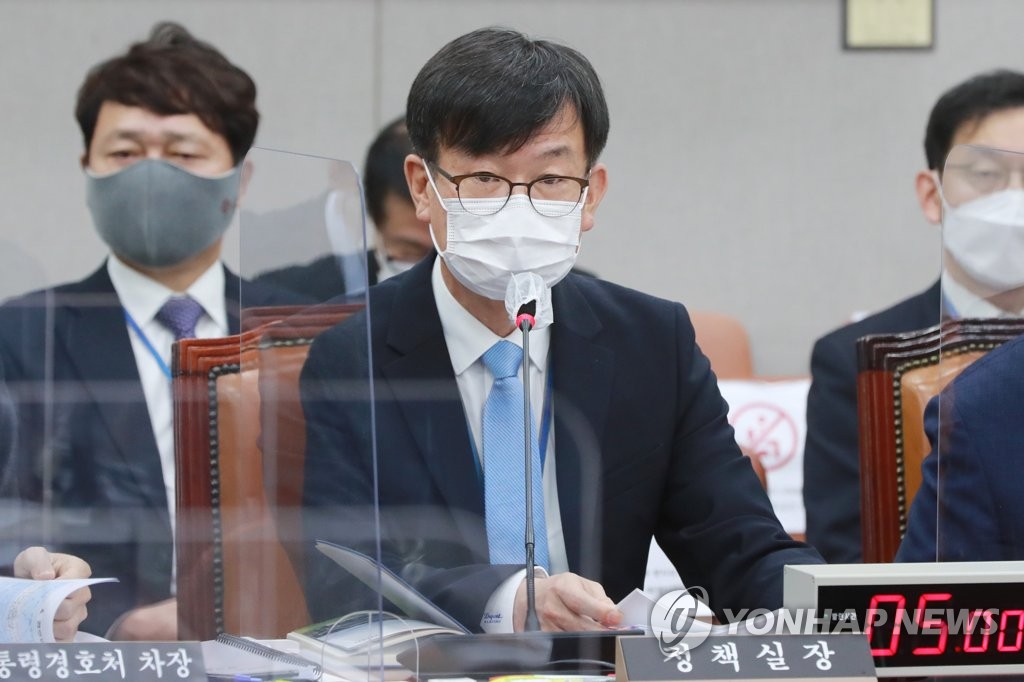