Moon promoted Lee Ho-seung, senior secretary for economic affairs, to the post of handling policy at the presidential office, according to You Young-min, presidential chief of staff. 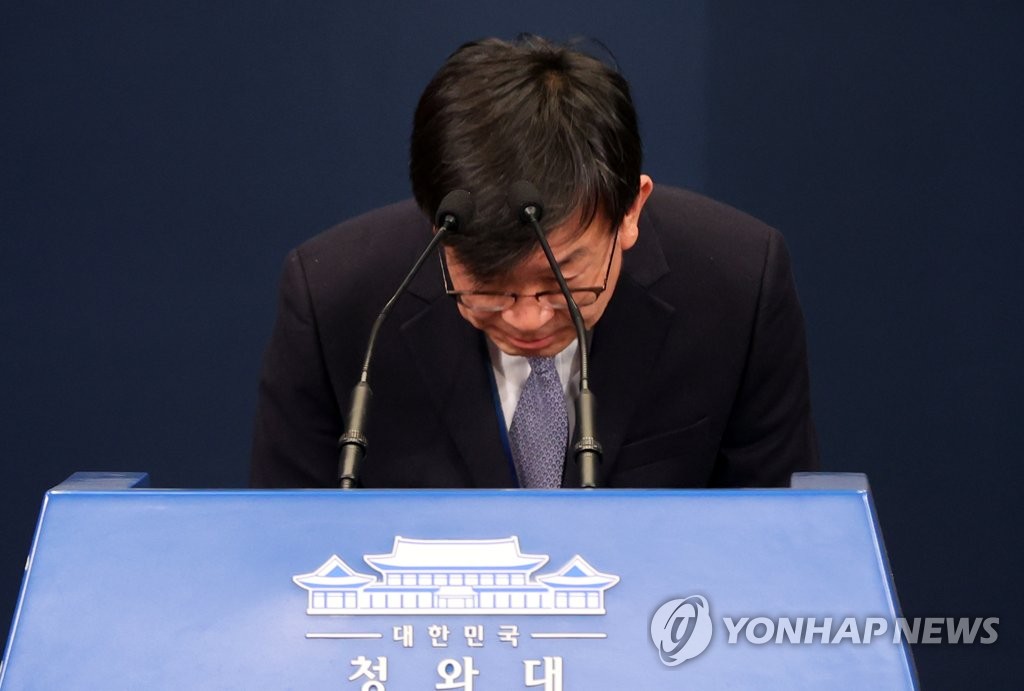 Kim "expressed strong intent" on stepping down, saying it is inappropriate for him to continue his work amid a dispute over his own apartment lease, added the official, who spoke on the customary condition of anonymity.

Kim has been in charge of overall policy issues, including the government's efforts to stabilize the real estate market.

He apologized to the people for causing "huge disappointment at a critical time to focus all power to eradicate property speculation," speaking in his farewell statement.

He added, "I thought that it is my last role as a presidential secretary to resign quickly" so that the government will be able to press ahead with its real estate policy as scheduled. He assumed the Cheong Wa Dae post in June 2019.

Earlier in the day, multiple news outlets reported that Kim signed a contract to hike the "jeonse" fee of his apartment by 14.1 percent to 970 million won (US$856,000), just a couple of days before the introduction of new legislation to limit such an increase to as much as 5 percent.

In the home rent system unique to South Korea, tenants usually lend a large sum of money, called "jeonse," with no interest to landlords in the form of a deposit instead of paying monthly rent.

Many South Koreans are in an uproar, with home prices and rent having skyrocketed especially in and around Seoul since the launch of the Moon administration in 2017.

The property issue has emerged as the hottest agenda item in the April 7 Seoul and Busan mayoral by-elections. 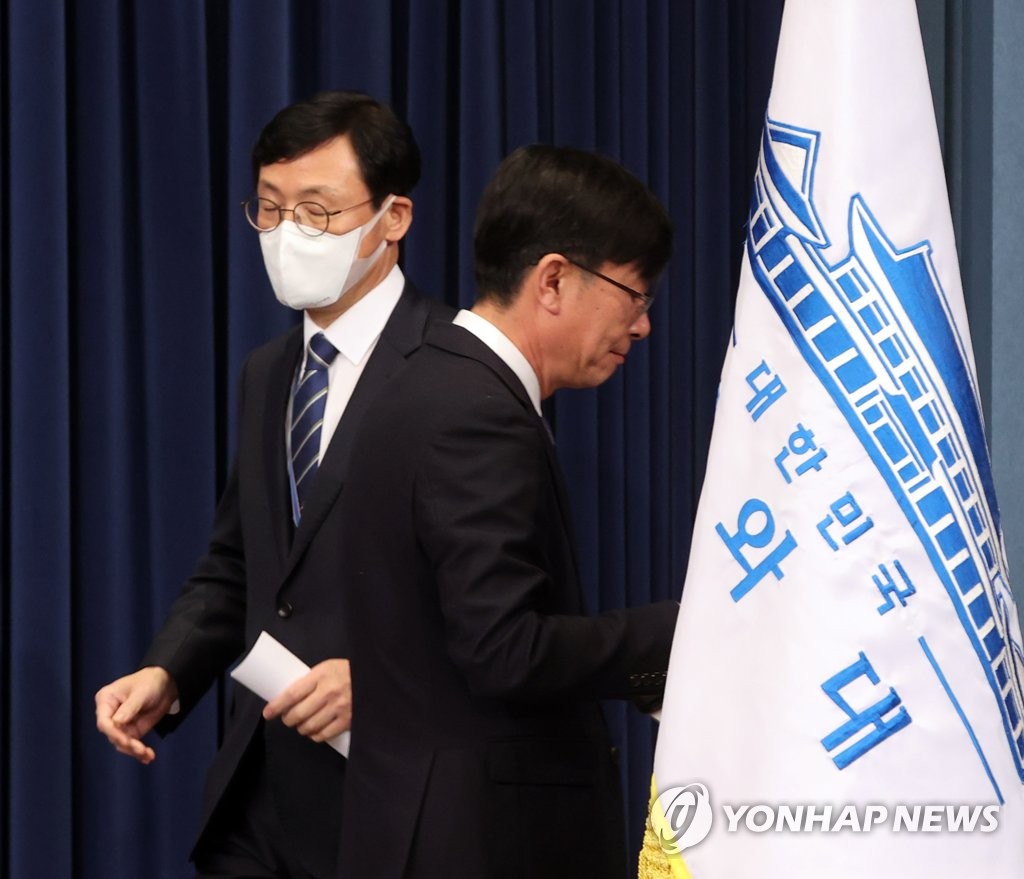 At that time, however, Moon rejected it, instructing him to finish preparations for such crucial policy tasks as another round of emergency relief cash handouts and the vaccination campaign against the COVID-19 pandemic.

Meanwhile, Cheong Wa Dae said that Kim's successor, Lee, is an official who is fit to successfully complete key policies, which include the economic recovery and inclusive growth. It said he has expertise and a "sense of balance" on overall policy issues.
(END)