"On this occasion, we will have to enact a law on preventing the conflict of interest among public officials at any cost," he said during an Anti-Corruption Policy Consultation Council meeting held at Cheong Wa Dae.

It marked the first time in nine months for the president to convene the session joined by heads of major ministries and other government agencies with power and authority to handle the anti-corruption issue. 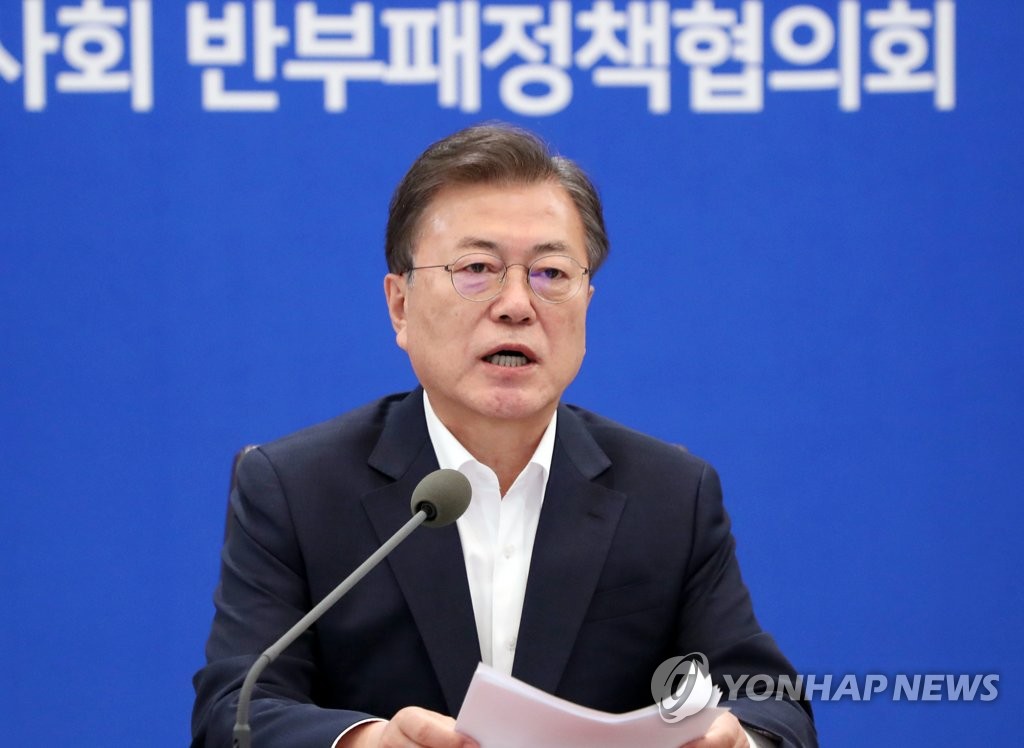 It came in response to a snowballing real estate speculation scandal that began with a revelation that some officials at the Korea Land and Housing Corp. (LH) had used undisclosed information for the purchase of undeveloped land around Seoul, where new residential towns would be built.

"We must take the anger and rebuke of the people seriously," Moon said. "Now, we should go back to square one and start anew."

He urged all-out efforts for a resolution to the "structural and fundamental" problem of property-related corruption.

He said that the government should not consider political gains or disadvantages in pushing for the campaign.

The mandatory registration of assets should be expanded to all civil servants in South Korea, he added.

The president pointed out that South Korea had a chance to introduce the legislation to prevent public officials' conflict of interest several years ago, when the so-called Kim Young-ran anti-graft law was enacted.

Ruling and opposition lawmakers had discussions on it but failed to reach a compromise.

"It's apparently because of a lack of our will," he said. "In this opportunity, I would like (the government) to institutionalize the Conflict of Interest Act and fundamentally block any potential sprouts of corruption among public officials."

The ruling Democratic Party said it would strive to pass a relevant bill this week, but the main opposition People Power Party is demanding a prudent approach.

Moon also reiterated a plan to set up a special government arm to oversee unfair and illicit real estate transactions. 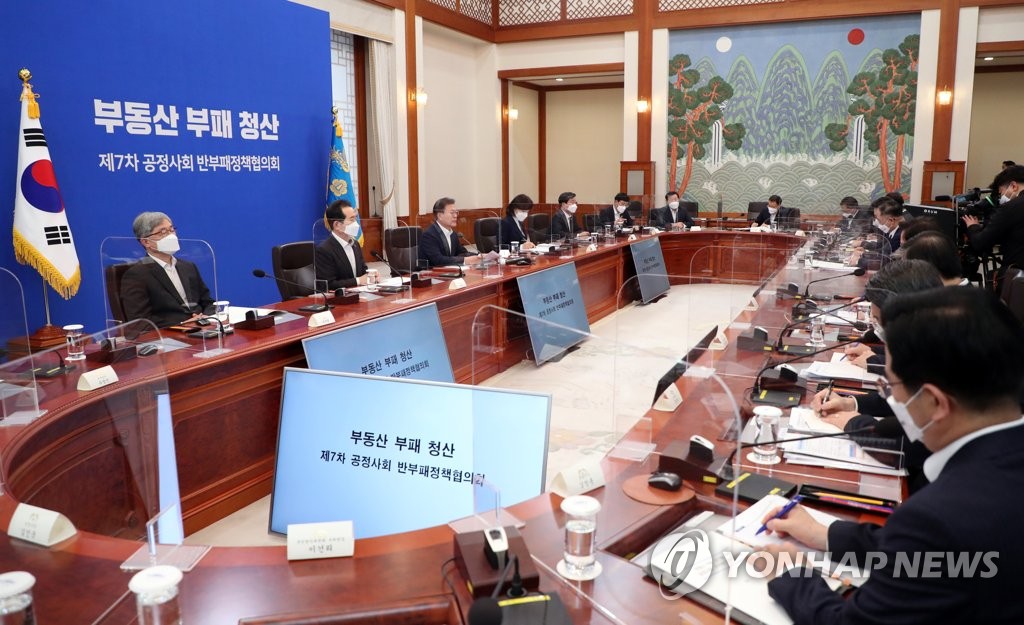