Set in the early 15th century during the reign of King Taejong, the third on the throne of the 1392-1910 Joseon Dynasty, the 16-episode supernatural exorcist period fantasy follows the royal family's fight against evil spirits.

It had been highly anticipated for its writer Park Gye-ok, who also wrote the hit historical comedy "Mr. Queen," a Korean remake of a Chinese web novel. 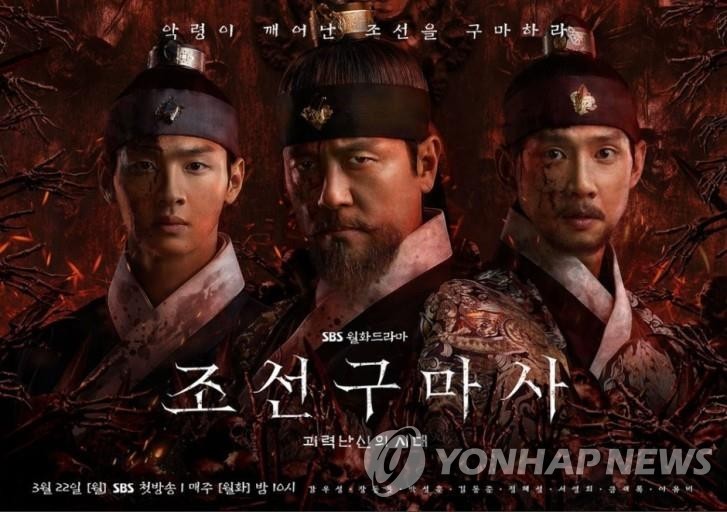 People criticized scenes in which a hallucinating King Taejong massacres innocent Joseon people and the crown prince drinks Chinese liquor and eats Chinese food, such as dumplings, mooncakes and century eggs, at a tavern located in Joseon territory.

Descendants of the Joseon royal family complained of the distorted depiction of their ancestors.

The aftermath of the abrupt termination of "Joseon Exorcist" spilled over to "Mr. Queen," which faced similar controversy over historical distortion and its comical depiction of real historical figures as it is set during the reign of Joseon's 25th ruler, King Cheoljong.

Viewers have pointed the finger at screenwriter Park, who has now had two consecutive projects that have been embroiled in similar historical controversies. Video-on-demand service for "Mr. Queen was subsequently dropped from local streaming platform Tving over the weekend. 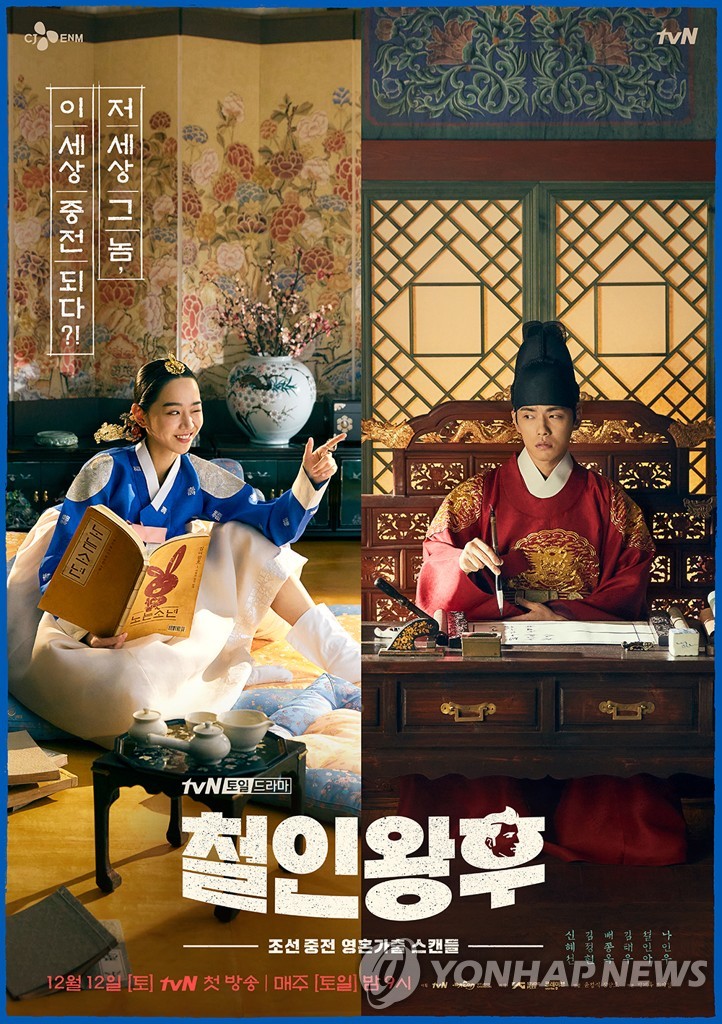 Producers of "Snowdrop," which is scheduled to air on cable channel JTBC later this year, released a statement last week, denying accusations that their project will present historically tweaked content.

Other historical fantasy projects like "The Golden Hairpin," a local adaptation of a popular Chinese historical web novel, are also being affected by the repercussions of the "Joseon Exorcist" scandal.

Industry insiders are worried that the recent debate may discourage creators from producing historical fiction or fantasies in the future for fear of public censorship.

But experts said that it is not a matter of constraint of imagination if producers get through historical research properly before creating characters or plots. They said broadcasters also need to set up cross-checking systems to review the production process and screen out problematic sources during pre-production.

"Historical facts cannot cover every moment of the past, and they can fill in that vacancy with imagination," said culture critic Kim Seong-soo. "If they bear that in mind, viewers will wink at some trivial faults."

He said Netflix-made historical thriller "Kingdom" (2019) may have had the same starting point with "Joseon Exorcist" in terms of dealing with supernatural lives in medieval Joseon. But the former became a global hit, while the latter fell into an early exit.