SEOUL, March 29 (Yonhap) -- Unification Minister Lee In-young said Monday that inter-Korean cooperation in the humanitarian area can be a good starting point for the resumption of talks between the two sides, urging North Korea to show a "flexible" response to offers for exchanges.

Lee made the remarks at a seminar in Seoul to discuss the possibility of running trains to send cheering squads of the two Koreas to the 2022 Beijing Winter Olympics, adding that Seoul will do its best to create the momentum needed to turn currently chilled inter-Korean relations around.

"Humanitarian cooperation between the two Koreas could be a good first button to fasten for the creation of trust on the Korean Peninsula and resumption of talks," Lee said.

"More important than anything else at this time is not to lose the timing," he added. "While calmly monitoring current situations, the unification ministry will do its best to create the momentum necessary to turn South-North relations around during the first half of this year."

Lee expressed hope for the two Koreas to start cooperation in antivirus efforts against the COVID-19 pandemic first and steadily expand exchanges into areas closely related to the livelihood of ordinary people, including the provision of fertilizer.

He urged Pyongyang to take a "flexible" response to such offers, saying that it would help increase the calls for the need to apply sanctions on North Korea in a way that can ease humanitarian hardships confronting North Korean people.

The minister also said that should cheering squads of the two Koreas use the same trains to travel to Beijing for the 2022 Winter Olympics, it would be remembered as a "symbolic moment" for the history of cross-border exchanges. 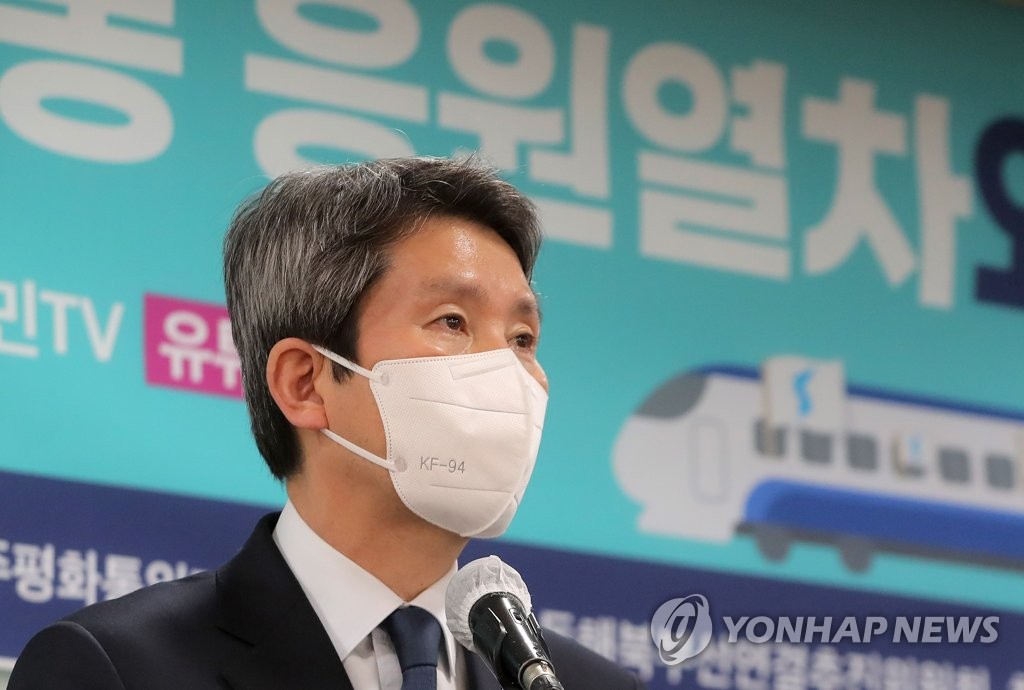