Hyundai Motor mulls halting the operation of the No. 1 plant in Ulsan, 414 kilometers southeast of Seoul, which produces the Kona subcompact SUV and the IONIQ 5 all-electric model due to parts shortage, a company official said over the phone.

The possible suspension comes amid a lack of semiconductor parts used in the Kona's front vehicle camera system and a problem in Hyundai Mobis Co.'s production line which rolls out the traction motor for the IONIQ 5, he said. 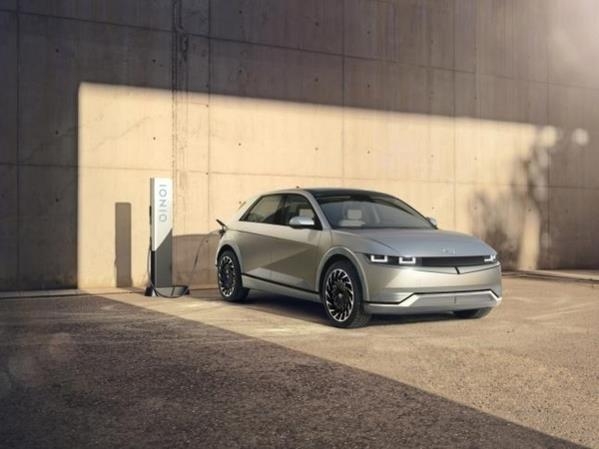 "Hyundai Mobis is having a difficulty caused by stabilization issues at the very beginning of mass production for the component," a Hyundai Mobis spokesman said.

Hyundai Motor said it has not decided on how long it will suspend the No. 1 Ulsan plant.

A week of the plant's suspension would result in 6,000 units of the Kona and 6,500 units of the IONIQ 5 in production losses, according to industry people.

They said any suspension in the mainstay plant would have a negative impact on sales of the IONIQ 5 given 3,000 preorders for the IONIQ 5 in Europe last month and nearly 24,000 preorders on Feb. 25, the first day of domestic launch.

On Feb. 23, Hyundai Motor unveiled the IONIQ 5, the first model embedded with Hyundai Motor Group's own EV-only electric-global modular platform (E-GMP), as it strives to morph into a future mobility solutions provider.

Hyundai said it will launch the IONIQ 5 in Europe in March, in the domestic market in the second quarter and in the United States and other markets later this year.

But Hyundai may have to temporarily shutter or cut production at some of its plants in line with global peers, such as General Motors Co. and Toyota Motors Corp.

Hyundai already reduced overtime work on weekends in the No. 3 Ulsan plant which produces the Avante compact due to lack of electric control units (ECUs).

The carmaker is expected to cancel all overtime work in the No. 3 Ulsan plant in April due to parts problems.