Blinken made the remark at an online press conference organized by the New York Foreign Press Center, after Pyongyang test-fired two ballistic missiles off its east coast last week in the first such launches since the Joe Biden administration took office in January.

"What we're seeing from Pyongyang in terms of these provocations does nothing to shake the resolve of our three countries, along with allies and partners around the world, to approach North Korea from a position of strength in order to diminish the threat that it poses to the region and beyond," he said.

Blinken said the U.S. and the two Asian allies stand united against such provocations and in their commitment to advancing denuclearization on the Korean Peninsula.

The Biden administration has stressed the need to strengthen trilateral cooperation with Seoul and Tokyo to deal with common challenges, including North Korea's nuclear and missile issues.

North Korea has accused the U.N. Security Council (UNSC), which is set to discuss the missile launches in a close-door meeting Tuesday, of infringing upon its right to self-defense and applying a "double standard," as it says nothing about the joint military drills between Seoul and Washington.

U.S. Ambassador to the U.N. Linda Thomas-Greenfield, who was also present at the media session, said the Biden administration is looking at "additional actions" in response to the North's recent missile launches. 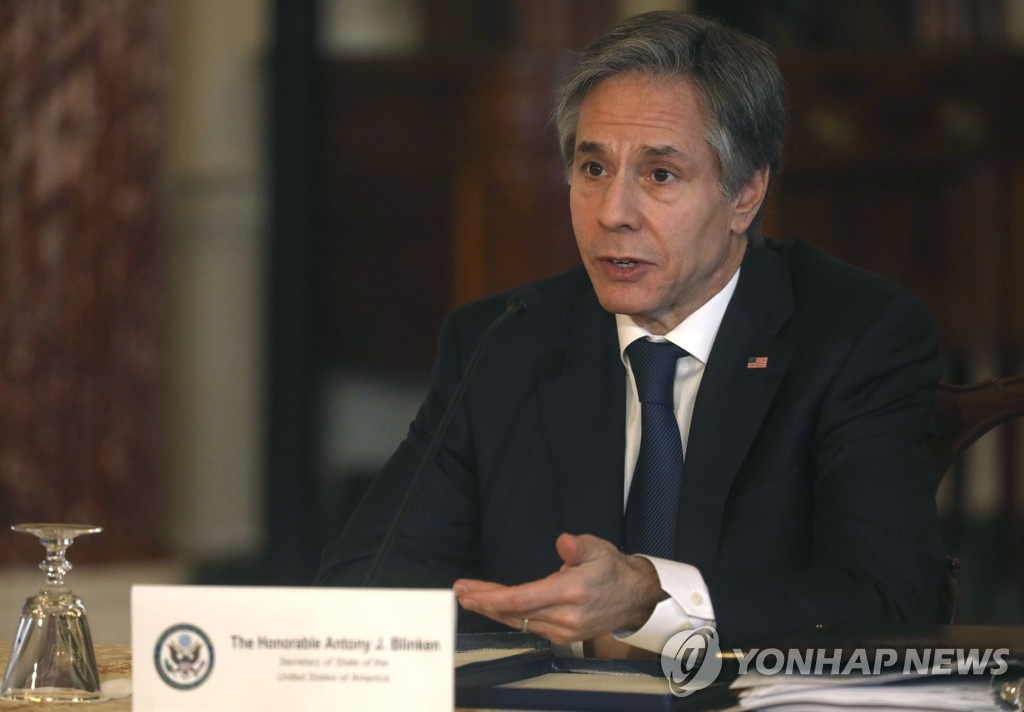