SEOUL, March 30 (Yonhap) -- A global semiconductor chip shortage is set to spill over into Korean automakers as well, raising concerns that a prolonged supply glitch may derail local carmakers off track amid the pandemic.

The chip shortage stems from multiple factors, such as chipmakers shuttering plants or cutting production, due mainly to natural disasters and the ramping up of production for mobile devices and home appliances to meet higher demand amid the COVID-19 pandemic.

Faced with the chip shortage, carmakers are readjusting their vehicle production volumes while competing with electronics companies to get more chips to minimize output reduction.

Semiconductors are already key components used in the infotainment, power steering and braking of vehicles, among other systems.

"Delayed launches of new models and a limited number of available options due to chip shortages could result in a decline in vehicle sales and an increase in fixed costs," Kwon Soon-woo, an analyst at SK Securities Co., said over the phone. 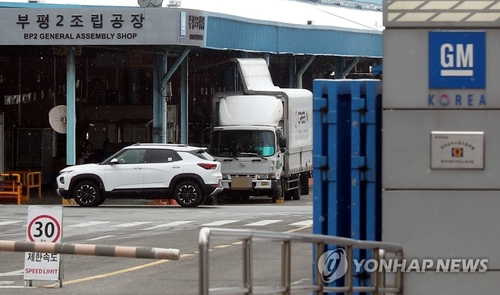 Global carmakers such as General Motors Co. and Toyota Motor Corp. have temporarily shuttered or cut production at some of their plants as they struggle to deal with the lack of semiconductor chips.

GM has extended production cuts at three North American plants until mid-April, and it plans to idle its Brazil plant by the end of May.

Other carmakers are expected to extend output reduction in the second quarter. Toyota cut output volumes at its plants in the U.S., China and Japan in the first quarter, and Volkswagen Group cut production in the U.S., Europe and China by 100,000 units, according to media reports.

On the domestic front, Hyundai Motor Co. its and affiliate Kia Corp., the country's two biggest carmakers, have started to feel the pinch of the chip shortage.

Hyundai Motor said that it will suspend production at its No. 1 plant in Ulsan, 414 kilometers southeast of Seoul, from April 7-14 due to parts shortages.

The decision comes amid a lack of semiconductor parts used in the Kona's front vehicle camera system and a problem in Hyundai Mobis Co.'s production line, which makes the traction motor for the IONIQ 5.

The plant's suspension for a week would result in production losses of 6,000 units of the Kona and 6,500 units of the IONIQ 5, industry sources estimated.

On Saturday, it canceled weekend overtime work at the No. 3 plant due to a lack of electric control units (ECUs).

Further cancellations of weekend overtime work are likely at the No. 2-5 plants in April due to parts problems.

Kia suspended all weekend overtime work at its plant in Hwaseong, around 42 km south of Seoul, this month due to a lack of hybrid power control units (HPCUs).

Kia said it will continue to suspend weekend overtime work at the Hwaseong plant, which produces the Sorento SUV, the Niro electric vehicle and the all-new K8 sedan, next month.

GM Korea Co., the South Korean unit of GM, has reduced production at its No. 2 Bupyeong plant, which manufactures the Chevrolet Malibu sedan and the Trax SUV, in Incheon, 40 kilometers west of Seoul, since February in line with its parent firm's output reduction, a company spokesman said over the phone.

"The company will continue to cut auto production by half in April due to the chip shortage. Our intent is to make up as much production lost at the No. 2 Bupyeong plant as possible," he said. 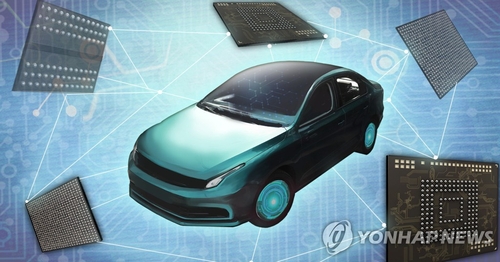 Consulting firm AlixPartners estimated the global automotive industry likely suffered a decline of US$61 billion in sales during the January-March quarter. Market research firm HIS Markit expected production losses of 1 million units in the first quarter.

Local carmakers are widely expected to have difficulties in securing chip parts through the third quarter as it takes time for their overseas chip suppliers to resume production following natural disasters and fires.

Netherlands-based NXP Semiconductors N.V. and Munich-based Infineon Technologies AG temporarily suspended their micro control unit (MCU) plants in Texas due to a cold wave, while Japan's Renesas Electronics Corp. partially shut down its MCU plant in Ibaraki Prefecture due to a recent fire.

Worse still, a drought-caused delay in the supply of MCUs from Taiwanese semiconductor firm TSMC will also deliver a blow to automakers, analysts said.

TSMC uses more than 150,000 tons of water a day to produce semiconductors and has difficulty in producing MCUs due to a lack of water caused by the worst-ever drought.

Analysts warned of lingering pain for carmakers if a lack of chip supplies continues throughout the year.

"Carmakers need to work hard to find alternative chip supplies and strategically change their production schedules and product mix as it may be difficult for the issue to be resolved by the second half of 2021," Kwon said.