Earlier this week, his left-leaning administration started handing out the fourth batch of direct financial support for the vulnerable in a tailored program based on a 14.9 trillion-won (US$13.1 billion) extra budget. Millions of small merchants and others, hit hard by the pandemic, would benefit from it.

"The supplementary budget would also be of help to inclusive recovery," Moon said during a weekly Cabinet meeting.

He called for the speedy use of the budget earmarked to help those in need. 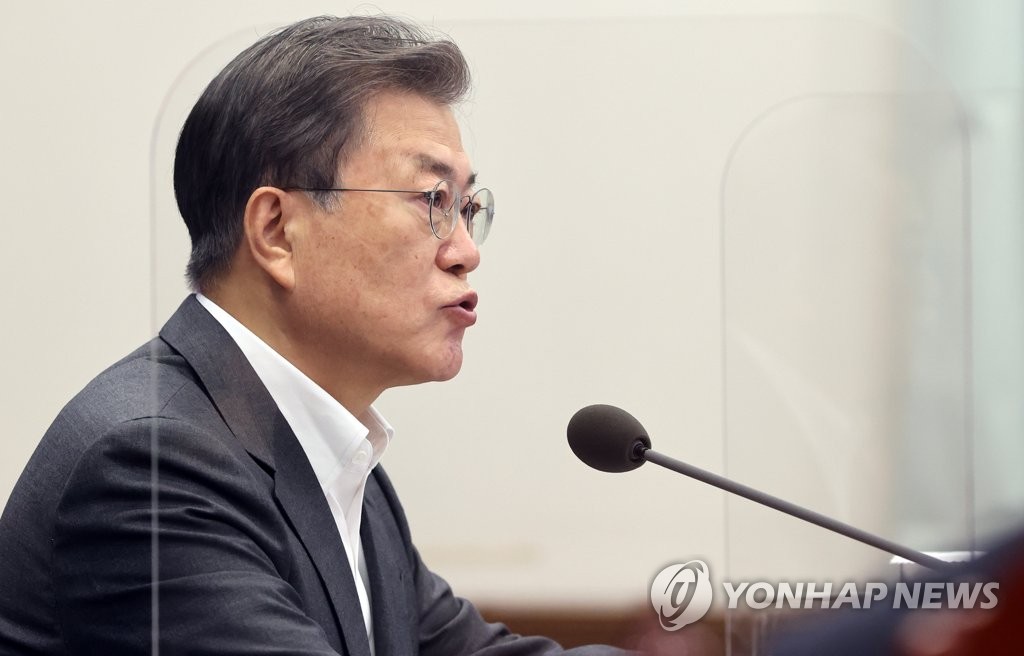 He also emphasized the importance of the coronavirus prevention and control measures, especially inoculation.

As South Korea is scheduled to introduce vaccine shots for ordinary people in April, health authorities need to set the order of vaccine recipients in a "fair and meticulous" way and quicken the vaccination process, the president added. So far, medical workers and others who need urgent shots have been given priority.

On the nation's economy, he expressed confidence that it is recovering "fast and strongly." Last week, for instance, the International Monetary Fund (IMF) raised its growth outlook for Asia's fourth-biggest economy this year 0.5 percentage point to 3.6 percent, he noted.