Baemin's top line stood at 1.09 trillion won (US$960 million) last year, up 94.4 percent from a year earlier, according to Woowa Brothers Corp.

It is the first time that Baemin's sales have exceeded the 1 trillion won mark since its market debut in 2010.

Woowa Brothers attributed the sales jump to greater demand for food delivery in the wake of the COVID-19 outbreak, which forced more people to stay home.

Despite the surge in sales, Baemin registered an operating loss of 11.2 billion won last year, the second straight year of red ink. Yet the loss was down 69.2 percent from a year earlier.

Woowa Brothers said the amount of food delivery orders placed through Baemin came to 15.7 trillion won in 2020, up 78.4 percent from the previous year. 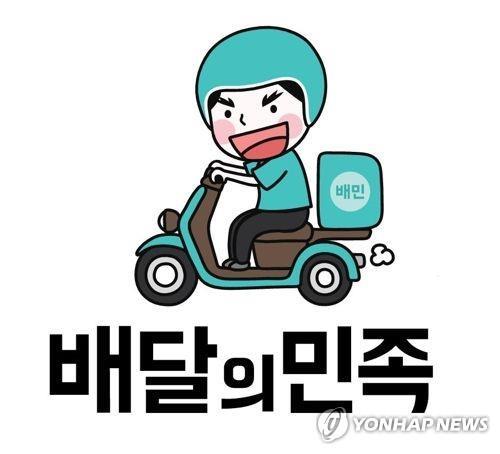