The Gyeonggi Nambu Police Agency said Tuesday it booked two workers of the Korea Land and Housing Corp. (LH) on suspicion of property speculation and corruption, raising the total number of former and current LH employees under investigation to 20. Eighteen of them are current employees.

The police said they spotted unusual real estate activities of the two, while combing through the list of 11,000 former and current LH employees who worked or have been working at the company since 2015. They obtained the list through recent raids into the company.

The total number of suspects in the land speculation case stands at 24, including four non-LH employees, police said.

The Sejong City Police Agency was also conducting raids into four places, including the Sejong City Council over allegations that a city council member meddled in a decision-making process so that a new industrial complex site was designated near the land and buildings owned by him and his wife.

The council member has denied wrongdoing.

The land speculation scandal involving public servants was triggered earlier this month when two civic groups alleged that LH employees bought plots of land in two cities -- Gwangmyeong and Siheung in Gyeonggi Province -- before the government announced a massive development plan there. 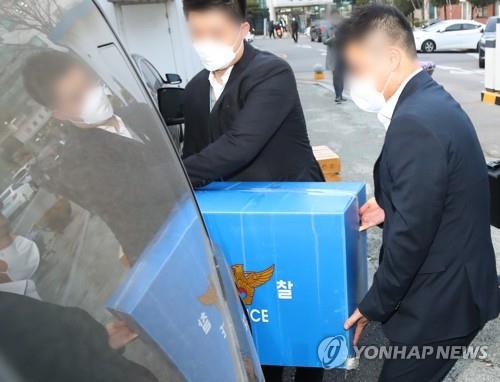 The scandal has since rocked the nation at a time when public discontent and anger over soaring home prices are running high.

A government probe team overseeing all speculation cases prompted by the scandal said it is currently investigating 576 people, including 94 former and current public servants, 35 LH employees, 26 local council members and five lawmakers. The team has doubled its staff members to around 1,560 to cope with its widening investigations.

On Monday, a senior official of the Pocheon municipal government, 46 kilometers north of Seoul, was arrested over suspicions he used classified information to purchase land and a building near the site of a train station ahead of its construction, the first arrest by the government probe team.

For its part, the Supreme Prosecutors Office on Tuesday sent out directives to 43 regional prosecutors offices to form one team each dedicated to tackle land speculation among public servants who abuse undisclosed information for personal gains.

It also ordered them to consider such activities as serious corruption that needs rooting out, to take suspects into custody while investigations are going on and to seek maximum penalties possible under the law in court.

Prosecutors were encouraged to pursue a property speculation case with "zero tolerance" so that corrupt public servants are held legally accountable for their unethical and illegal acts.

The prosecution said it would also review alleged property speculation cases of the past five years to see if there were any lapses in previous investigations. 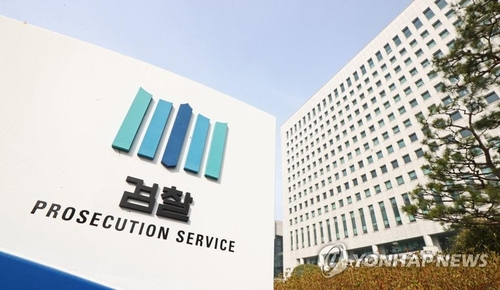