Lisa Peterson, acting assistant secretary of state in the bureau of democracy, human rights and labor, made the remarks, reaffirming human rights will be an "indispensable" element of the Joe Biden administration's policy toward Pyongyang.

The State Department published the 2020 Country Reports on Human Rights Practices, which cited reports of North Korean authorities committing "arbitrary and unlawful" killings and other abuses, such as forced disappearances by the government.

"The State Department, together with the interagency, is currently undergoing a North Korea policy review process, and human rights will remain an indispensable component of our overall policy towards the North Korean Government," Peterson said during a press briefing.

"We will continue to hold the North Korean government accountable for its egregious human rights violations," she added, stressing Washington remains "deeply concerned" about the North's rights situation, which remains "among the worst in the world." 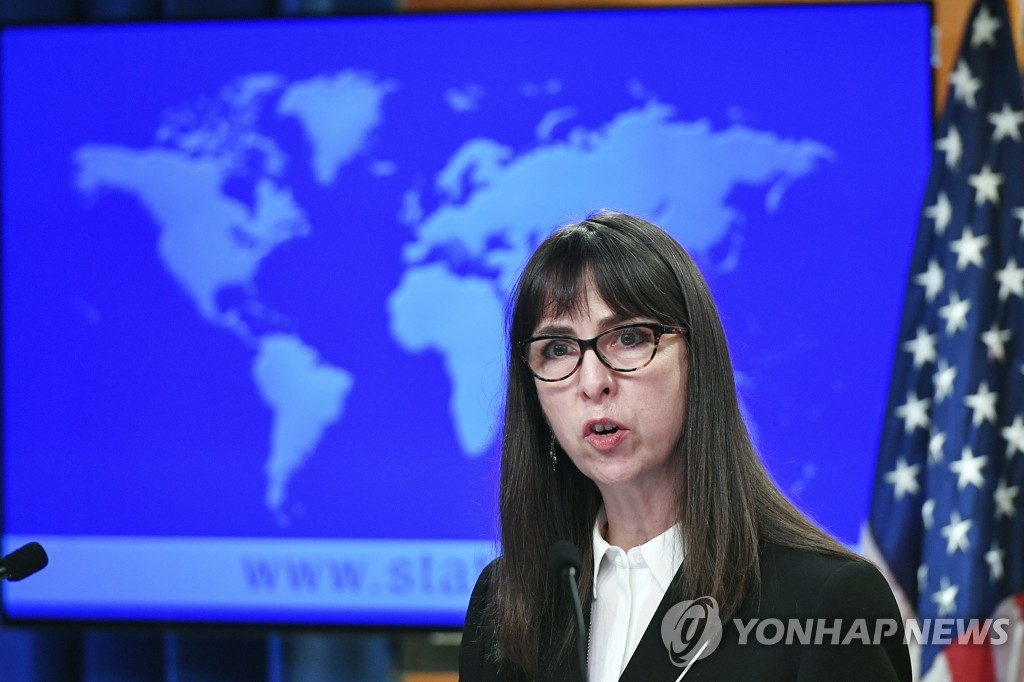 Asked to comment on South Korea's legislation banning the sending of anti-Pyongyang leaflets into the North, the official said that increasing the free flow of information into the North is a "U.S. priority."

"As a global policy, we advocate for the protection of human rights and fundamental freedoms, and with regard to the DPRK, we continue to campaign for the free flow of information into the DPRK," she added, referring to the acronym of North Korea's official name, Democratic People's Republic of Korea.

The official added that the U.S. continues to work with nongovernmental organizations and other countries to promote North Koreans' access to information.

During his visit to Seoul earlier this month, Secretary of State Antony Blinken stressed human rights as being at the center of the Biden administration's foreign policy and accused the "authoritarian" regime in Pyongyang of "systemic and widespread abuses" against its own people.

His remarks raised concerns that a focus on human rights might cause further friction with Pyongyang, which has responded sensitively to the issue, while some observers said a human rights centric approach could also signal Washington's resolve to fundamentally address a major hurdle to the improvement of its ties with the regime.

The State Department submits the report on human rights to the Congress in accordance with the Foreign Assistance Act of 1961 and the Trade Act of 1974.