The imagery taken on Tuesday shows a plume of steam or smoke emanating from a small support building in the center of the reprocessing plant, known as the Radiochemical Laboratory, according to Beyond Parallel, a project of the Center for Strategic and International Studies think tank.

The facility is used to reprocess spent fuel rods to extract plutonium, a fissile material used to build nuclear weapons along with highly enriched uranium. About 6 kilograms of plutonium is required a build a nuclear bomb.

In recent weeks, steam has also been observed at a thermal plant used to provide heat to the reprocessing facility, spurring speculation that the North might be preparing to harvest plutonium. The latest imagery also detected steam from the plant, the report said.

"This, while not an indicator of a reprocessing campaign itself, indicates that the building is occupied and being heated," the think tank said.

The missile launches have been seen as Pyongyang's ratcheting up of tensions as the Biden administration is wrapping up its policy review on the communist state.

The think tank said that the possible ongoing operation at the nuclear facilities could be seen as a "strategic political move" by the North's leader Kim Jong-un to up the pressure on the Biden administration and South Korea.

After the U.N. Security Council (UNSC) decided to discuss the missile launches, North Korea accused the UNSC of infringing upon its right to self-defense and applying a "double standard," as it has said nothing about the joint military drills between Seoul and Washington.

The Security Council held the meeting on Tuesday, but it released no statement. 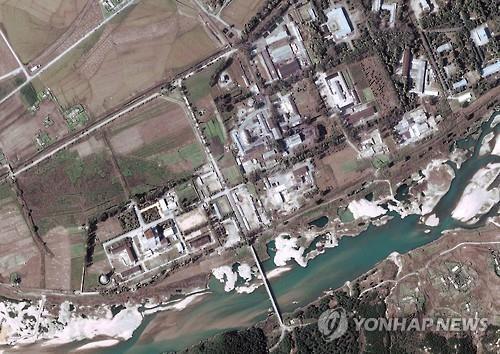