SEOUL, March 31 (Yonhap) -- Finance Minister Hong Nam-ki has forecast domestic demand and the job market will gradually improve as the country is on a recovery track amid the pandemic, the finance ministry said Wednesday.

Hong made the assessment during his online meeting Tuesday with Alastair Wilson, managing director and head of the sovereign risk group of global rating agency Moody's Investors Service.

The country held its annual consultation meetings with Moody's between March 25 and 30 over its economic conditions and policy response to the COVID-19 pandemic.

The minister said private spending and consumer sentiment are recovering and job data for March is expected to show marked improvement.

The country reported job losses for the 12th straight month in February, but its job reduction eased from January.

The country has relatively sound fiscal health compared with major countries and plans to maintain its expansionary fiscal policy this year to help underpin an economic recovery, he said.

"But we have special wariness about the fast pace at which national debt is rising," Hong said, vowing efforts to consolidate the country's debt.

The national debt is expected to reach 965.9 trillion won (US$852.4 billion) this year. The debt-to-gross domestic product (GDP) ratio will likely reach 48.2 percent this year, up from 43.9 percent the previous year. 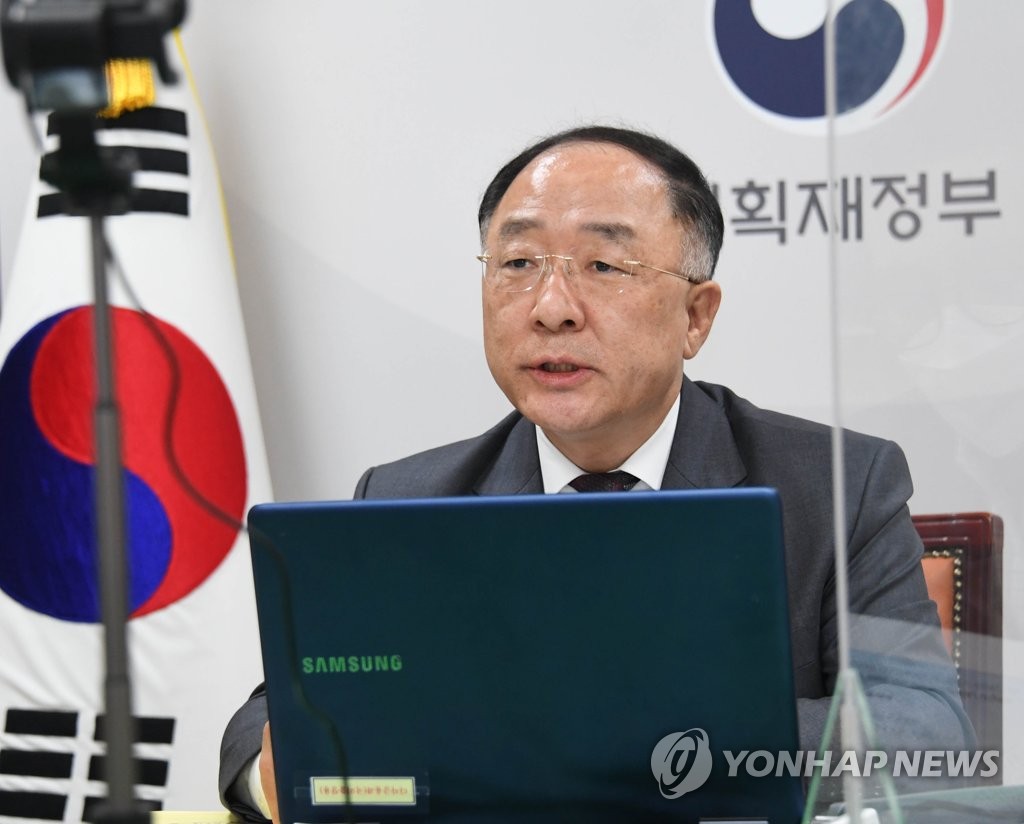