Earlier this week, the authorities announced that a planned delivery of COVID-19 vaccines by British-Swedish pharmaceutical giant AstraZeneca and Oxford University to the country has been pushed back to the third week of April. 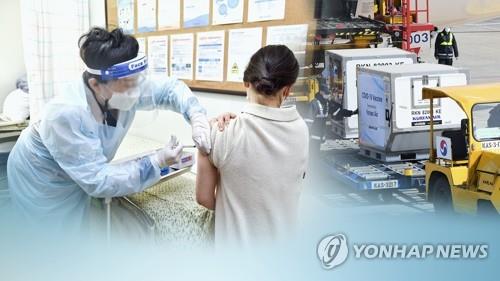 Initially, 690,000 doses, or shots for 345,000 people, of the AstraZeneca vaccines through the World Health Organization's global vaccine COVAX Facility project, COVAX, were to arrive in the country earlier in the day.

The delayed shipment comes as the authorities have been speeding up the rollout of the AstraZeneca COVID-19 vaccines to people aged 65 or older after the European Union's medicines regulator assessed that there is no link to blood clots found in some recipients.

But the plan has been postponed, and the amount of the delivery has also been reduced to about 62.6 percent, or 432,000 doses, due to a production delay by the manufacturer.

Health authorities said 7 million doses of AstraZeneca vaccines it has procured through a contract with the pharmaceutical company will be delivered between May and June, adding that talks are under way to expedite the process. 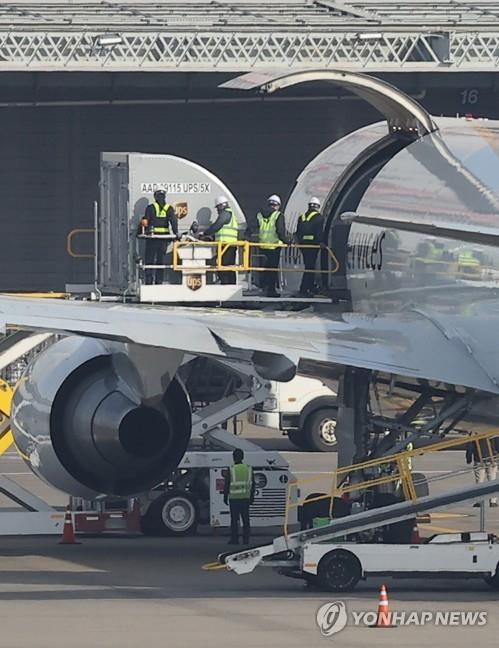 Meanwhile, a second batch of Pfizer Inc.'s COVID-19 vaccines for around 250,000 members of the general public aged 75 and over and other virus-vulnerable groups arrived in the country earlier in the day.

The products are the second batch provided under a direct contract between the U.S. pharmaceutical firm and the Seoul government. Pfizer products for 250,000 people first arrived last week.

Around 3.64 million people aged 75 and older will begin to be vaccinated with Pfizer vaccines on Thursday.

Vaccines provided by Pfizer will be given at 22 state-run vaccination facilities, as the products require ultra-cold chain storage, the authorities said.

Earlier, the first batch of Pfizer vaccines under COVAX for around 50,000 front-line health care workers treating COVID-19 patients was distributed in late February.

Since Feb. 26, when the country initiated its vaccination program, a total of 852,202 people have been given COVID-19 vaccine shots, about 1.64 percent of the country's 52 million population. AstraZeneca's vaccine took up 791,454, while Pfizer's accounted for 60,748.