Korean Air, which announced plans to acquire the debt-ridden Asiana for 1.8 trillion won (US$1.6 billion) in November, has submitted a post-merger integration plan to the state-run Korea Development Bank (KDB), Asiana's main creditor.

Although Korean Air initially planned to finalize the deal within this year, it delayed the schedule due to regulatory review processes. It has received the first approval from Turkey and still needs nods from eight other countries, including South Korea, the United States, China and Japan. 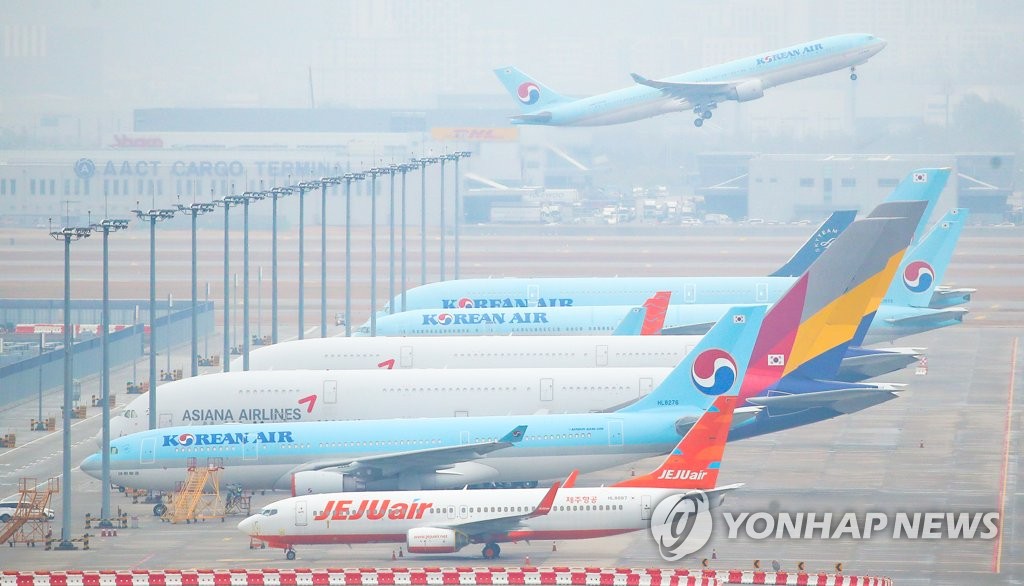 "We are working closely with consulting companies in each country to complete the approval process by the end of the year," Korean Air President Woo Kee-hong said in an online press briefing. "Korean Air plans to fully integrate with Asiana Airlines about two years after (the acquisition)."

Once the merger is finalized, Hanjin KAL will serve as a holding company for Korean Air, which in turn controls Asiana Airlines, Woo said.

Korean Air and Asiana account for a combined 40 percent of passenger and cargo slots at Incheon International Airport, South Korea's main gateway, below the level that constitutes a monopoly.

"As the aviation market provides customers with a wide range of options, I do not think the integration will cause monopoly issues in the Korean or global market," Woo said.

Earlier this month, Korean Air raised 3.3 trillion won in a share sale to finance the acquisition, which about halved its debt ratio to over 300 percent.

Korean Air said it will sell up to 300 billion won worth of debt next month for the first time since the COVID-19 outbreak. 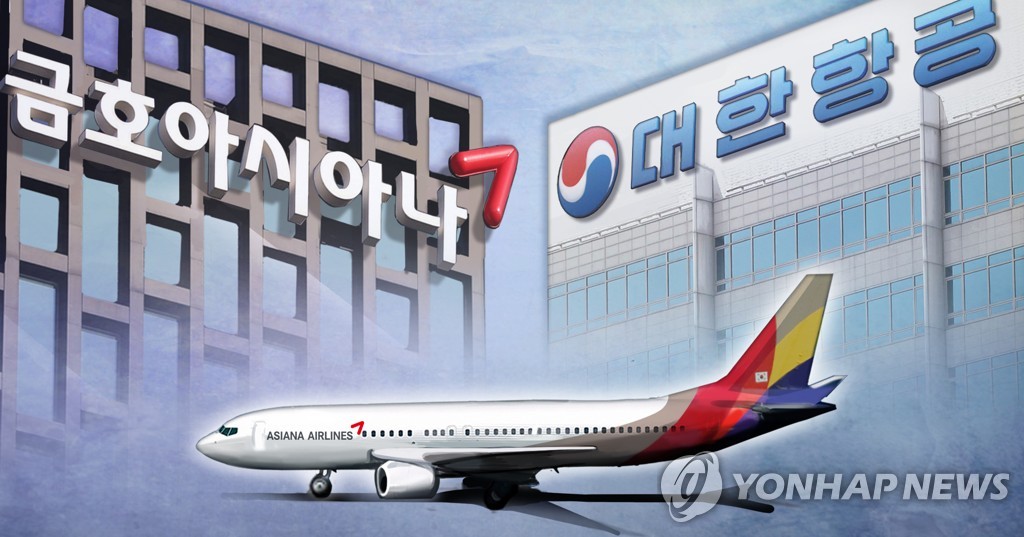 Although Korean Air does not plan to lay off Asiana employees following the acquisition, Woo said the company will reorganize redundant subsidiaries and their workforces, streamline flight schedule and mull ways to combine the two airlines' low-cost carriers.

The CEO said the global airline industry is expected to show a full recovery after 2022, noting the company will sell non-core assets and continue cost-cutting efforts to tide over the industry slump triggered by the COVID-19 pandemic.

"After we integrate and are fully recovered from the impact of COVID-19, we estimate a synergy effect of around 300 to 400 billion won per year," Woo said. "However, as integration requires considerable costs, we expect it to take about two years to reach a break-even point."

The two airlines have suspended most of their flights on international routes since March 2020 as the countries have strengthened their entry restrictions to stem the spread of the COVID-19 pandemic.

They have focused on winning more cargo delivery deals to offset the pandemic-caused slump in travel demand.