They will "exchange opinions on the U.S. review of its North Korea policy and ways to promote cooperation among South Korea, the U.S. and Japan," Cheong Wa Dae said in a statement.

Suh is scheduled to hold a separate meeting with Sullivan to discuss a broad range of alliance, regional and global issues, it added.

He will also have one-on-one talks with Kitamura, with agenda items including Seoul-Tokyo partnership on efforts for the establishment of peace on the Korean Peninsula, according to Cheong Wa Dae.

Suh would become the first high-level South Korean official to make a trip to the U.S. since the launch of the Joe Biden government.

It is expected to serve as a chance for reaffirming the robustness of the bilateral alliance, Cheong Wa Dae said. 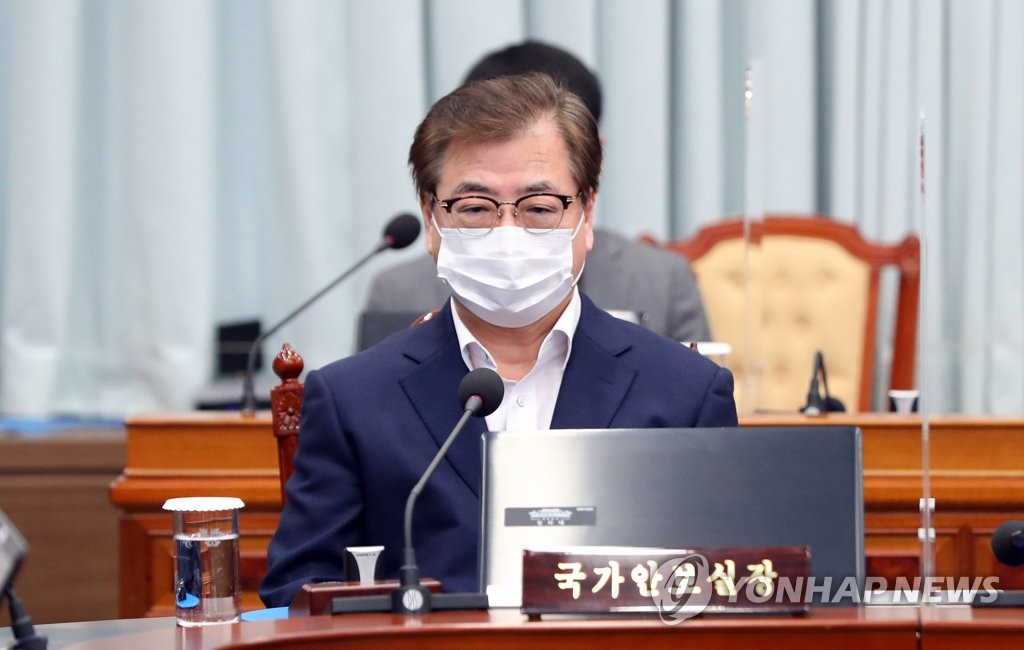 Earlier in the day, the White House stated that the three officials are slated to gather at the U.S. Naval Academy in Annapolis near Washington D.C. on Friday.

The tripartite session is coming about two weeks after the visits of Secretary of State Antony Blinken and Secretary of Defense Lloyd Austin to the Northeast Asian countries.

It "provides an opportunity for our nations to consult on a wide range of regional issues and foreign policy priorities, including maintaining peace and stability on the Korean Peninsula, addressing the COVID-19 pandemic, and combating climate change," National Security Council Spokesperson Emily Horne said.

It would mark the first national security adviser-level multilateral dialogue of the Biden administration, "which reflects the importance we place on broadening and deepening our cooperation on key issues and advancing our shared prosperity across a free and open Indo-Pacific," the official noted.