Jang Cheol-woon, a researcher at the state-run Korea Institute for National Unification (KINU), noted that the North's recent test-firing of ballistic and cruise missiles is not aimed at "responding to the United States" but rather an effort to win its arms race with Seoul.

"The North's firing of solid fuel ballistic missiles and cruise missiles since 2019 reflects its attempt to regain the upper hand over South Korea that it had lost," he said.

The expert said the North's recent ballistic missile, which it claims is capable of carrying a 2.5-ton payload and has a range of 600 kilometers, can be seen as Pyongyang's response to the South Korean powerful ground-based Hyunmoo-4 missile that was launched March last year.

The Hyunmoo-4 is known to have a 2-ton payload and has a maximum range of 800 kilometers.

He also added that the North's recent missile launches show that leader Kim Jong-un has adopted a missile development policy different from that of Kim Il-sung, his late grandfather and state founder, and Kim Jong-il, his late father and former leader.

Under the former leaders, North Korea was focused on extending the missile range of liquid-fuel ballistic missiles, such as Scud missiles, using its missile development as a bargaining card against the U.S., the expert said.

The current leader, however, appears to have adopted a "parallel strategy" of following the existing strategy and developing solid-fueled ground-to-ground ballistic and cruise missiles at the same time, he added. 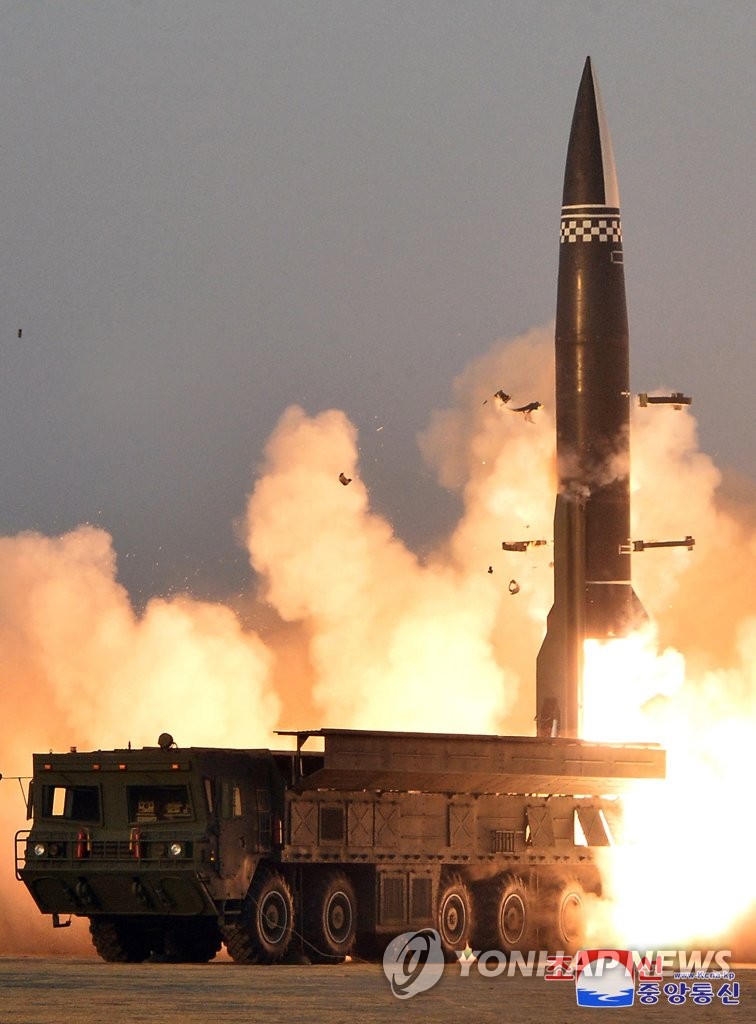