The defense project promotion committee, presided over by Defense Minister Suh Wook, approved a plan to import around 36 large combat choppers with a budget of 3.17 trillion won (US$2.81 billion), according to the Defense Acquisition Program Administration (DAPA).

South Korea secured and deployed 36 Boeing AH-64E Apache helicopters under the first round of the project between 2012 and 2021.

"We will begin procedures to select the exact type of this asset and a company to purchase attack choppers. The budget has increased due to inflation and the necessary addition of some equipment and facilities," a DAPA official said.

"This second batch project is to enhance our ground forces' operations of offensive maneuvers," he added. 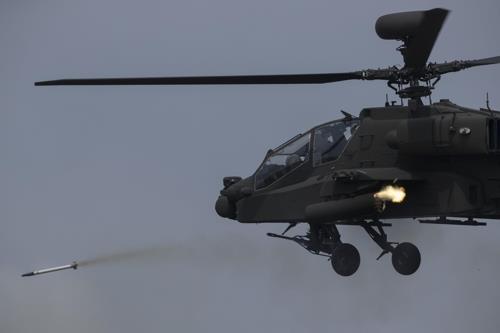 S. Korea to buy more attack choppers from abroad by 2028

S. Korea to buy more attack choppers from abroad by 2028