SEOUL, April 3 (Yonhap) -- Non-regular workers have been hit harder by the economic fallout from the new coronavirus pandemic than regular workers, a survey showed Saturday.

In a survey on 1,000 salaried workers aged 19 or above conducted from March 17-23 by pollster Embrain Public, 18.6 percent said they experienced unemployment since COVID-19 broke out here in January of last year.

By employment type, 35.8 percent of non-regular workers experienced job loss, about five times higher than the corresponding rate of 7.2 percent for regular workers, the poll found.

It said 34.8 percent of all respondents suffered income reduction over the past year, and the damage was more extensive among non-regulars. Nearly six in 10 non-regulars, or 58.3 percent, complained of pay cut, compared with 19.2 percent of regulars.

One in five respondents, or 21.3 percent, said they were forced to take leave. The proportion of involuntary leave was far higher among non-regulars at 35.5 percent, compared to 11.8 percent for regular workers, according to the survey. 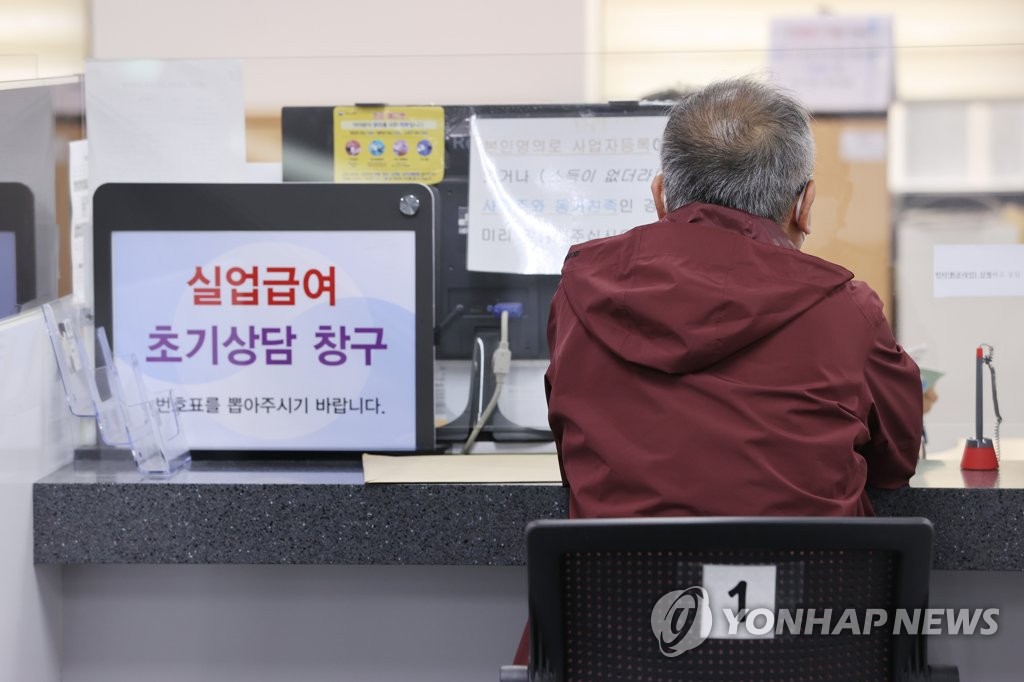 Almost half of the respondents, or 43.9 percent, said their employment status is unstable and the sense of employment insecurity was also far higher among non-regulars.

The survey found 63.8 percent of non-regulars feel insecure about their employment, compared with 30.7 percent for regular workers.

The economic damage has been largely concentrated on non-regular workers, including freelancers and subcontracted employees, Gabjil 119, a pro-labor civic organization said, calling on the government to hand out disaster relief for those who are not covered by employment insurance benefits. 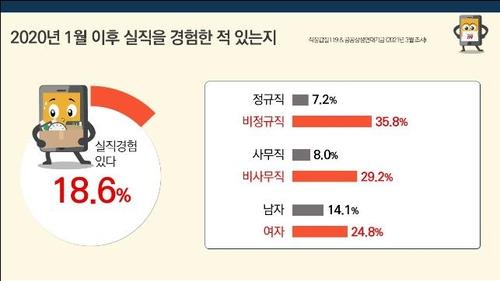