SEOUL, April 1 (Yonhap) -- K-pop sensation BTS has added another feat to its long list of accolades, becoming the first Korean artist to be nominated for the annual Brit Awards.

The seven-piece act was nominated for the international group award, alongside musicians Fontaines D.C., four-time winner Foo Fighters, HAIM and Run the Jewels.

Past winners in the category include prominent acts like Bon Jovi, Red Hot Chili Peppers, U2 and Daft Punk.

This year's awards ceremony, which was postponed due to the pandemic, is scheduled to be held at the O2 Arena in London on May 11. It will be broadcast live by ITV.

Launched in 1977, the Brit Awards is a popular music awards associated with the British Phonographic Industry. 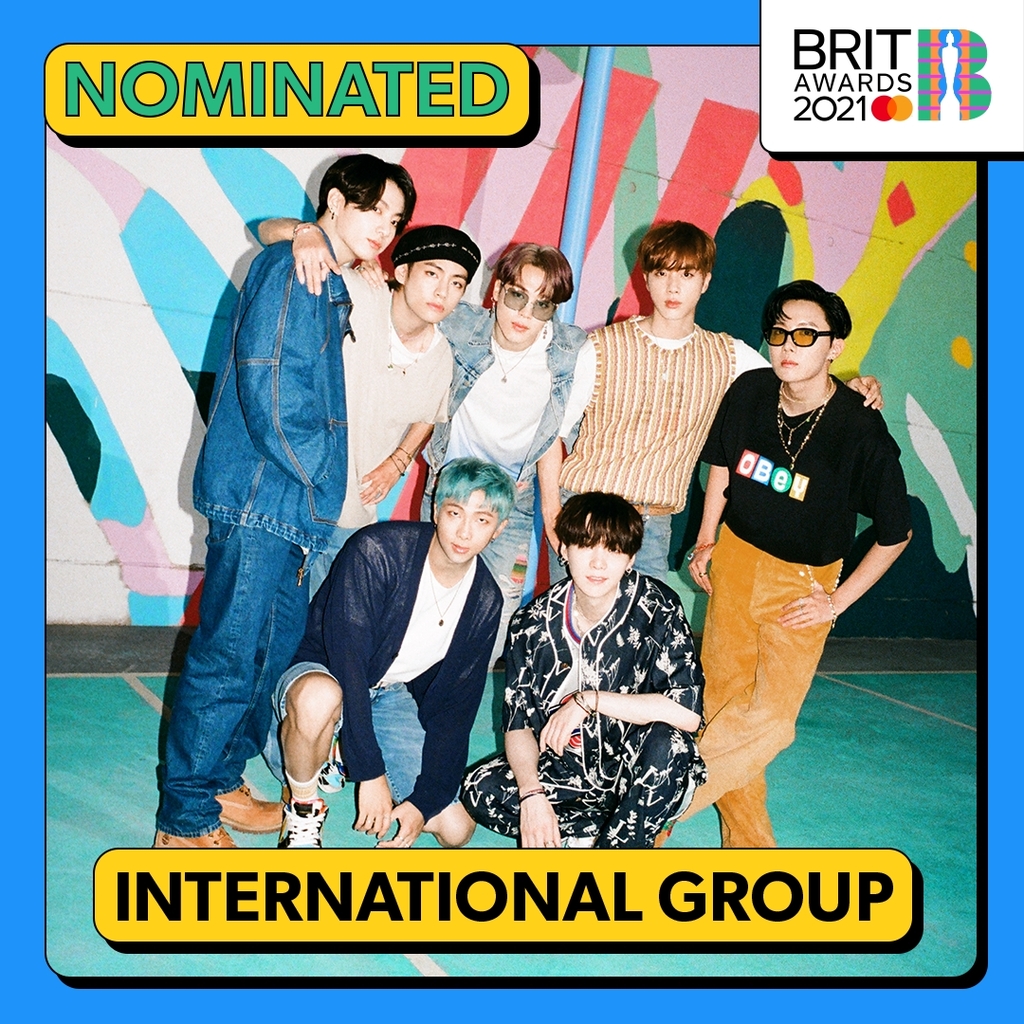 The group's nomination comes a year after Brit Awards faced criticism from BTS fans for eliminating the international group award while keeping the best international male and female categories in the 2020 event, the BBC reported.

BTS has won many global music awards over the past year thanks to the phenomenal success of its Billboard-topping hits "Dynamite" and "Life Goes On." The group was the first Korean nominee to perform at the annual Grammy Awards, held in March this year.