SEOUL, April 1 (Yonhap) -- With one day left before the start of the early voting for next week's Seoul and Busan mayoral by-elections, rival parties on Thursday strived to encourage more of their supporters to go to the polls.

The advance polling is set to begin at 6 a.m. on Friday and last till Saturday evening at 722 polling stations in Seoul, Busan and other regions ahead of the election day on Wednesday.

Both sides believe turnout of their supporters for the early voting will be a prime determinant in the elections where two regional administrative posts and 17 seats on regional legislative councils will also be up for grabs.

The struggling ruling Democratic Party (DP) is pinning hopes on a high turnout rate of early voting for a chance to flip the race in its favor after a land speculation scandal allegedly involving public officials dealt a hard blow to the ruling bloc.

The DP is projecting that a higher turnout during the advance voting will lead to more liberal votes among office workers, seen as a key support base for the left-leaning party. 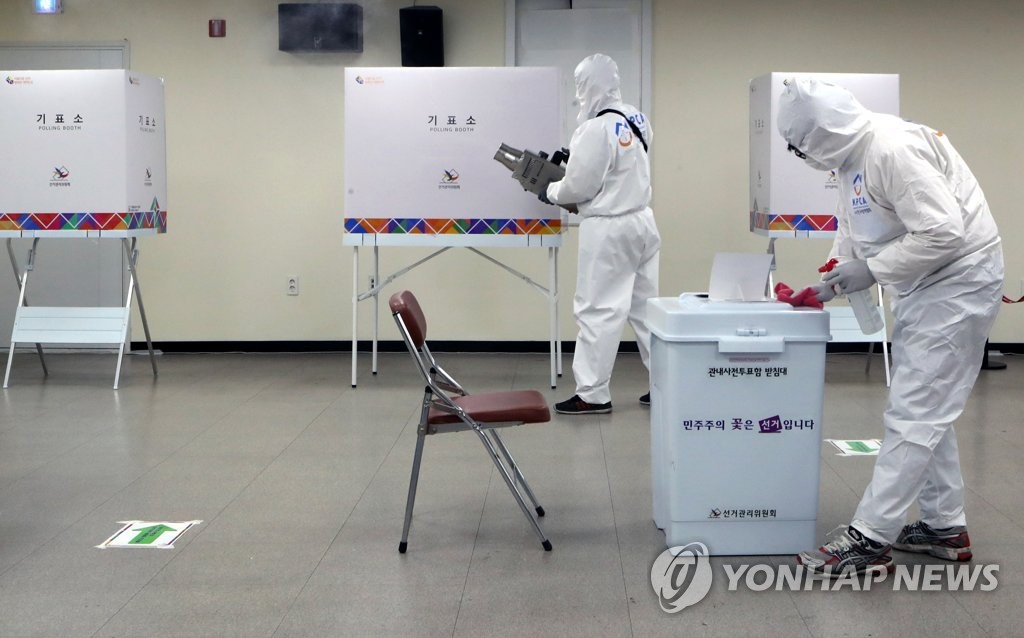 "A key point to pay attention to is how many office workers will turn out for early voting tomorrow and the day after tomorrow as the election day on Wednesday is not a (legal) holiday," Lee Hae-chan, a former DP chairman, said in a radio interview.

"I see public opinion of (voters) in their 40s, known as concrete supporters of the ruling bloc, not to mention voters in their 20s and 30s, is shaking tremendously," Yoo Seong-min, a co-chairman of the party's election committee, said during a party meeting.

Some 8.4 million voters in Seoul are eligible to cast ballots for a new mayor in the by-elections that come about a year ahead of the 2022 presidential poll.

In Busan, South Korea's second-biggest city, slightly more than 2.9 million voters are qualified to vote for a new mayor. 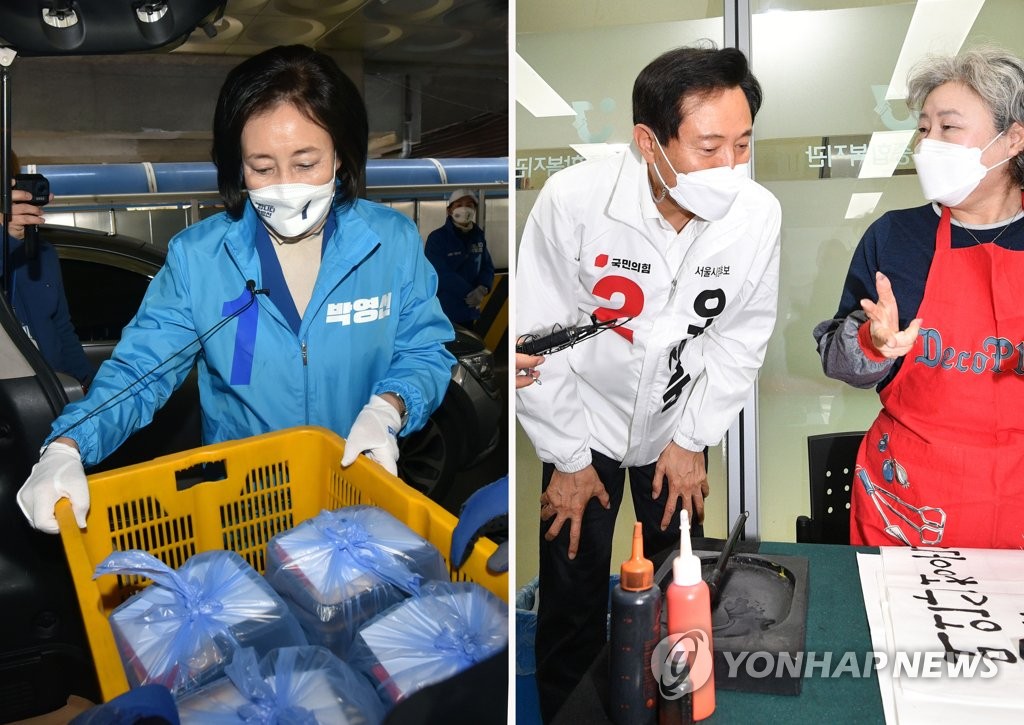 Young voters have traditionally shown a higher rate of participation in early voting, with a high turnout in early voting seen as more advantageous to progressive election candidates as opposed to conservative rivals.

The survey, conducted on 1,007 citizens on Wednesday, is the last poll allowed to be published for the by-election under the election law.

Another opinion poll, conducted by Realmeter on Tuesday and Wednesday, showed Oh ahead of Park by 57.5 percent to 36 percent.

In the two polls, Oh was leading Park in all age brackets, except those in their 40s. Both polls have a margin of error of 3.1 percentage points.

Previous opinion polls have also shown that well over 90 percent of eligible voters in Seoul are planning to cast their ballots in the Seoul mayoral election, seen as a potential game changer for the upcoming presidential election in March 2022.

Starting Thursday through the election day, the release of the results of new opinion polls concerning the by-elections are prohibited under the official election law to block any election interference. 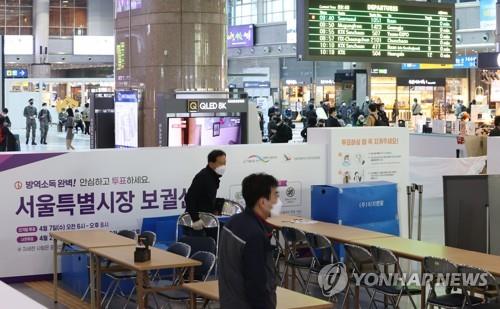