TOKYO/SEOUL, April 1 (Yonhap) -- Diplomats from South Korea and Japan held talks in Tokyo on Thursday, a source said, as they seek to address protracted spats over wartime history and trade amid the United States' calls for stronger trilateral cooperation with its Asian allies.

Lee and Funakoshi were expected to touch on an array of issues, including the thorny issues of Japan's wartime forced labor and sexual slavery, its export curbs and safety concerns about Japan's handling of the contaminated water from its crippled Fukushima nuclear power plant.

They could also discuss the issue of setting up talks between Foreign Minister Chung Eui-yong and his Japanese counterpart, Toshimitsu Motegi, as Chung renewed his desire Wednesday to meet with Motegi at an early date "in any format."

Reports said that Seoul, Washington and Tokyo are in talks to set up a trilateral meeting between Chung, U.S. Secretary of State Antony Blinken and Motegi in the U.S. late this month, and that it still remains to be seen whether Chung and Motegi can meet bilaterally on the margins of the possible three-way talks.

In recent months, Seoul has made a flurry of conciliatory gestures to Tokyo, as it seeks cooperation with Japan and other countries in resuming dialogue with Pyongyang and moving forward its stalled agenda for lasting peace on the Korean Peninsula.

Seoul's fence-mending efforts also came as Washington seeks to reinvigorate its relationships with democratic allies and among them to shore up its global leadership against an increasingly assertive China.

Seoul and Tokyo last held the working-level diplomatic talks via video links in January. Their last such in-person talks took place in October. 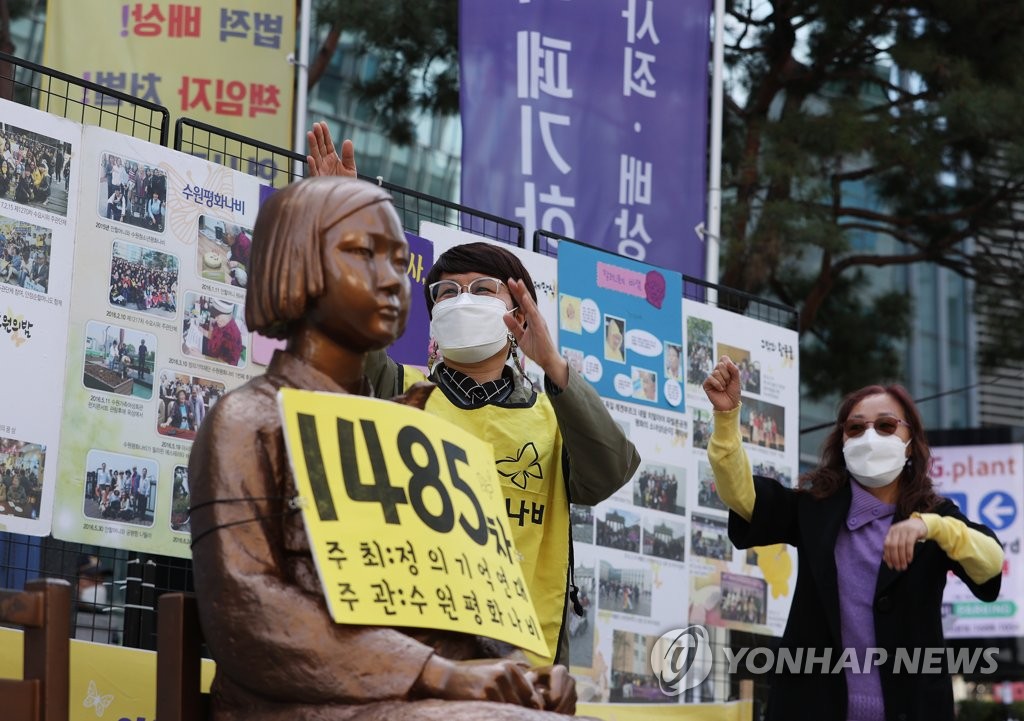