SEOUL, April 1 (Yonhap) -- Seoul's metropolitan government said Thursday it has notified the International Olympic Committee (IOC) of its bid to co-host the 2032 Summer Olympics with Pyongyang, the capital of North Korea.

The Seoul government said a written proposal on the joint hosting of the 2032 Summer Olympics by Seoul and Pyongyang has been submitted to the IOC's Future Host Commission.

"The IOC selected Australia's Brisbane as the preferred host for the 2032 Summer Olympics in a surprise move announced on Feb. 25. The South Korean government and the Seoul city immediately expressed regrets at the decision and held consultations with the IOC, leading to the presentation of the co-hosting proposal," the metropolitan government said. 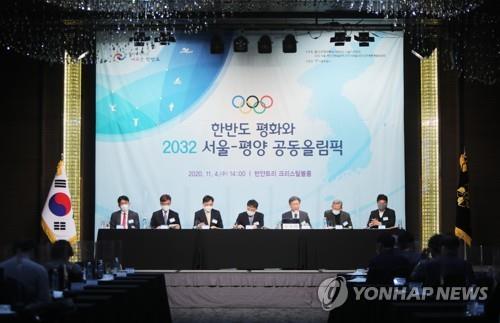 The government said it asked the IOC to continue to hold negotiations with other competing cities, as Brisbane has yet to be finally selected as the venue of the 2032 Olympics.

The metropolitan government said its co-hosting proposal contains a vision of "Beyond the Line, Toward the Future" and five major concepts, including cost reduction and minimal environmental damage, inter-Korean connection and peace and a combination of cutting-edge technologies and Korean culture.

In particular, the proposal elaborated on the realization of global peace through sports and other positive ripple effects from the co-hosting of the Olympics by Seoul and Pyongyang, the government said.