Indonesia had promised to shoulder 20 percent of the 8.8 trillion-won (US$7.9 billion) development cost, but it has stopped making payments after investing 227.2 billion won with around 600 billion won overdue, spurring speculation that the country is seeking to quit the KF-X project.

Whether Indonesia will send senior officials to the rollout ceremony expected to take place in the first couple of weeks of April has been a focus of attention because it would signal the country will remain a partner for the project.

"As far as I know, Indonesia has delivered to our government an intent that senior military officials, including Defense Minister Prabowo Subianto, will attend the KF-X rollout event," a source said.

Eyes are on whether the defense cooperation between the two sides will get back on track on the occasion of Prabowo's visit. Besides the fighter jet project, Indonesia signed a deal with South Korea in 2019 to purchase three submarines, but the business has also made little progress since then. 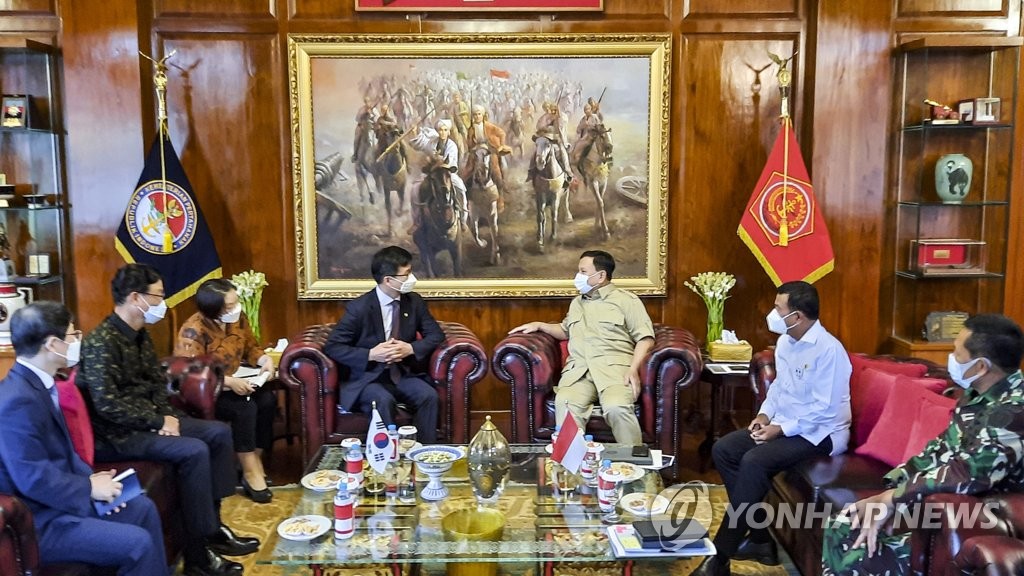