In a post on its official Facebook page, the embassy said a total of 12 nations, including the United Kingdom, Germany and France, closed their missions due to pandemic-caused challenges and that there now remain only nine ambassadors and four diplomats who work as acting ambassadors. There are about 25 foreign embassies in Pyongyang.

All foreign workers of international humanitarian organizations have left the country and there are fewer than 290 foreigners in the capital, it added.

The Russian Embassy wrote about the difficulties that diplomatic missions and others are facing in their daily lives, such as a lack of essential goods and medicine, in a country isolated from the outside world even before the pandemic.

The embassy attributed the exodus to "the unprecedentedly strict total restriction, the sharpest shortage of essential goods, including medicine, the lack of possibility to solve health problems."

Despite the challenging situation, the Russian Embassy will remain open and continue its diplomatic service, it said.

Since early February of last year, North Korea has sealed off its borders for fear of the deadly virus overwhelming its poor health system. It is said to make exceptions only in special cases, including for foreign missions. 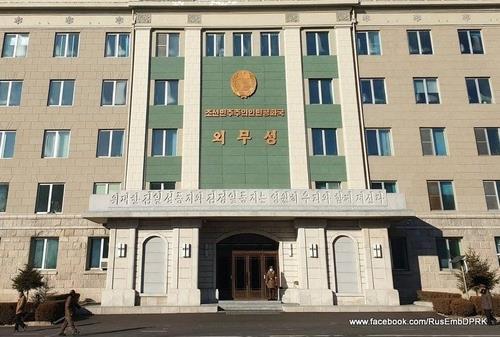 About half of foreign embassies closed in N. Korea amid COVID-19 restrictions: Russian Embassy

About half of foreign embassies closed in N. Korea amid COVID-19 restrictions: Russian Embassy