WASHINGTON, April 1 (Yonhap) -- Denuclearization of North Korea will be at the center of any new U.S. policy toward the reclusive nation, a State Department spokesman said Thursday, adding the country's policy review will soon be concluded.

Ned Price also said any U.S. policy toward North Korea will be executed in "lockstep" with key U.S. allies, including South Korea and Japan.

"I wouldn't want to prejudge the conclusion of any ongoing review, but we have said that denuclearization will remain at the center of American policy towards North Korea," Price said at a daily press briefing, when asked if the U.S. will publish the outcome of its policy review that he said "is coming to a conclusion."

"We also know that any approach to North Korea, in order to be effective, will be one that we will have to execute in lockstep with our close allies, including in this case our treaty allies Japan and South Korea," said Price. 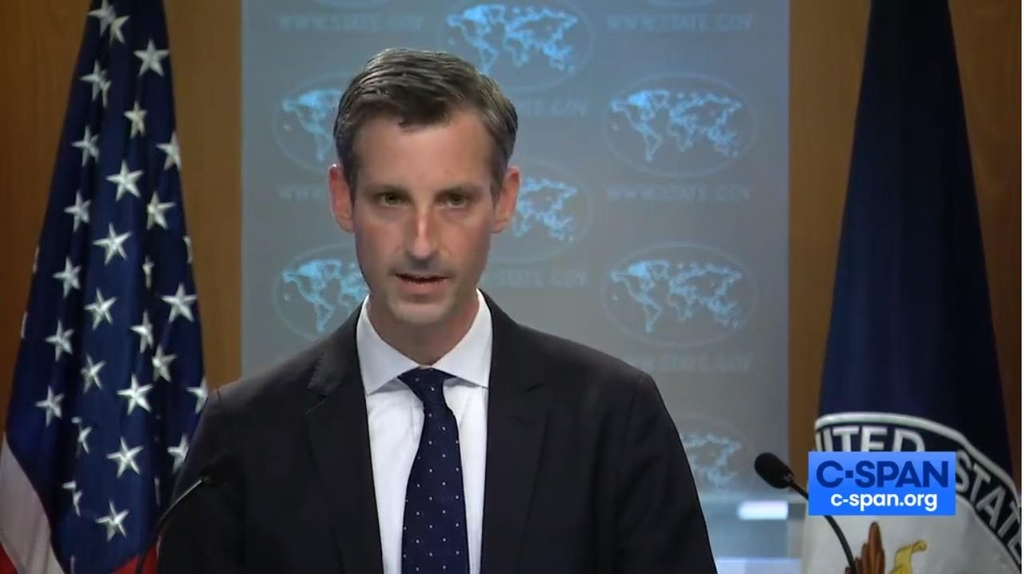 His remarks also came as National Security Adviser Jake Sullivan is set to host his South Korean and Japanese counterparts on Friday to discuss various issues, including the outcome of the U.S. policy review.

The meeting is to be held at the Naval Academy in Annapolis, Maryland.

The U.S. has repeatedly stressed the importance of coordinating U.S. policies toward North Korea with key U.S. allies.

Price did not offer a direct answer when asked if the new U.S. policy toward North Korea may be modified as a result of the security advisers' meeting, but said it will again provide an opportunity for South Korea and Japan to provide input.

"It will provide National Security Adviser Sullivan and other U.S. officials an opportunity to hear directly from these senior Japanese and South Korean officials to share again ... But it will also be an opportunity for them to share with us their thinking, their perspective that we have heard, at least from other Japanese and South Korean officials," he said.

Earlier this week, South Korea renewed its call for international efforts to declare a formal end to the Korean War as a way of restarting dialogue with North Korea.

North Korea has stayed away from denuclearization talks since leader Kim Jong-un's Hanoi summit with former U.S. President Donald Trump ended without a deal in February 2019.

The Biden administration has said it has reached out to North Korea for engagement since mid-February but that Pyongyang continues to remain unresponsive to its overtures.