WASHINGTON, April 1 (Yonhap) -- The United States is open and prepared to take feedback from key allies on its new approach to dealing with a nuclear-armed North Korea, a senior U.S. administration official said Thursday.

The remarks came one day before National Security Adviser Jake Sullivan is set to host his South Korean and Japanese counterparts -- Suh Hoon and Shigeru Kitamura -- for discussions on a wide range of issues that will include the ongoing review of U.S. policies toward North Korea.

"This is the most senior consultation we've had with Japanese and South Korean friends and so we are very much open and prepared and engaged to take that feedback, and so this is not going to be a one way conversation," the official told a telephonic press briefing, while speaking on condition of anonymity.

The three-way meeting of national security advisers will be held "privately" at the U.S. Naval Academy in Annapolis, Maryland, the official added. 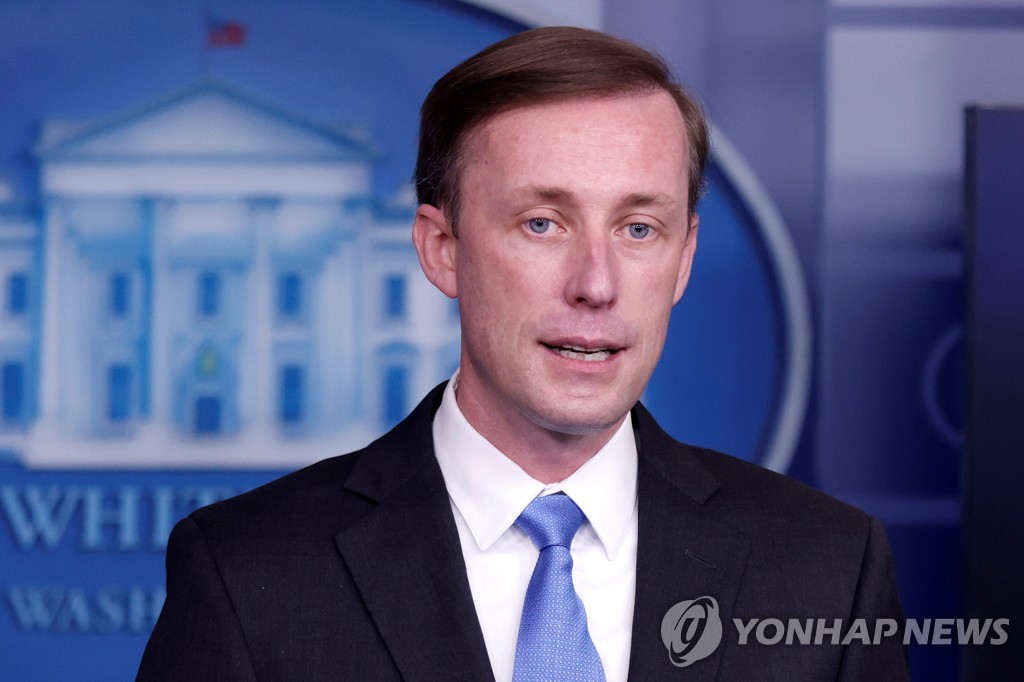 The official said the meeting will provide a sense of how the U.S. plans to approach the reclusive North as the ongoing North Korea policy review is nearing an end.

"I think our intent is to have a deep review that will inform our process going forward, with respect to the review more generally," the official said.

"I think the primary goal is to ensure that we have a deep shared understanding of circumstances that are taking place on the peninsula, in North Korea, that our goals and assessments of what we want to achieve are in alignment of critical importance, and also for us to brief both teams on what we believe are the essential elements of our strategy going forward," he added.

Earlier this week, South Korean Foreign Minister Chung Eui-yong renewed its call for international efforts to declare an official end to the Korean War as a way of restarting denuclearization negotiations with North Korea.

Pyongyang has stayed away from the talks since leader Kim Jong-un's second summit with former U.S. President Donald Trump in Hanoi ended without a deal in February 2019.

President Joe Biden and his administration have yet to offer an official stance on formally ending the 1950-53 Korean War but are generally believed to be against offering incentives to the North in the initial stages of its denuclearization process.

Since taking office on Jan. 20, the Biden administration has maintained all U.S. sanctions on North Korea.

Still, the administration official said the U.S. will continue to consult closely with its Asian allies even after its ongoing North Korea policy review comes to a conclusion.

"I would say that we don't view this in any way as a kind of final meeting, and the United States then departs on to engage without partnership. We believe that this is an iterative process that we will be working constantly as we go forward with both Japan and South Korea on shared goals of denuclearization and reducing tensions and the like across the Korean Peninsula and Asia more directly," the official said.

"So I view this as part of a process, and not as an end result."