SEOUL, April 2 (Yonhap) -- Voters in Seoul and Busan headed to polling stations early Friday as a two-day early voting period kicked off ahead of next week's by-elections for mayors of the country's two biggest cities.

Early voting began at 6 a.m. in the morning and will last till Saturday evening at 722 polling stations in Seoul, Busan and other regions ahead of the election day on Wednesday. Besides the two mayoral seats, two regional administrative posts and 17 seats on regional legislative councils are also up for grabs.

In the first three hours of early voting, 132,075 of the total 12.16 million eligible voters cast ballots, accounting for a turnout rate of 1.09 percent as of 9 a.m., according to the National Election Commission.

President Moon Jae-in and first lady Kim Jung-sook also cast their ballots at a polling station near Cheong Wa Dae. It took only five minutes, according to his office. 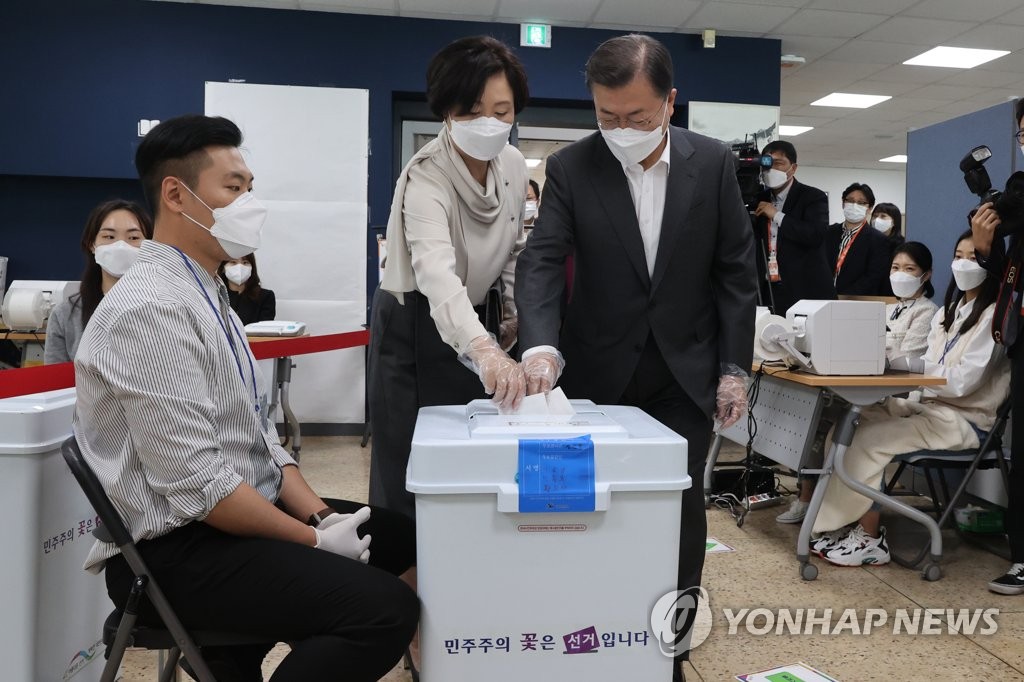 In Seoul with some 8.4 million eligible voters, the turnout rate for the mayoral poll came to 1.16 percent as of 9 a.m., whereas the corresponding rate reached 0.99 percent for the Busan mayoral poll for which slightly more than 2.9 million voters are qualified to cast ballots.

The turnout rate in the first three hours of early voting for the previous parliamentary elections in April last year was 1.51 percent.

One of the most recent opinion polls, conducted by Realmeter on Tuesday and Wednesday, showed Oh Se-hoon, the Seoul mayoral candidate from the conservative People Power Party (PPP), leading his rival from the ruling Democratic Party (DP), Park Young-sun, 57.5 percent to 36 percent. 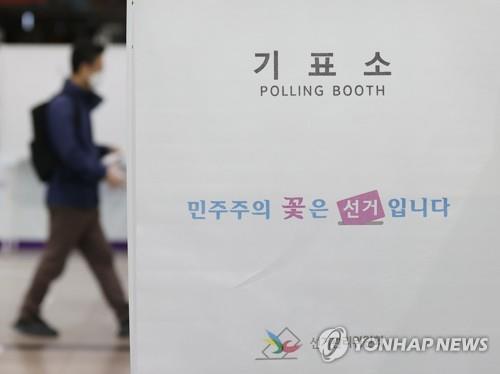