SUWON, South Korea, April 2 (Yonhap) -- Police sought an arrest warrant on Friday for a former public servant at the Gyeonggi provincial government over suspicions that he bought a piece of land for speculative purposes using undisclosed information.

The Gyeonggi Nambu Police Agency asked a court to issue the warrant for a former senior official at the investment promotion team of the government. It also requested the issuance of an order to ban him from selling his land pending investigation into the allegation.

The man, whose name has not been disclosed, is suspected of buying 1,500 square meters of land in Yongin, south of Seoul, in October 2018 for 500 million won (US$443,300) through a company owned by his wife. He bought the land at a time when the central and provincial governments were in talks over building an industrial complex for semiconductor businesses near the land.

The Gyeonggi government reported the man last month over suspicions that he profited from classified information only available to those with direct knowledge of the development discussions.

The value of the land is said to have risen fivefold to more than 2.5 billion won after the plan was announced.

The police have already questioned him over the allegation and conducted a raid on his house to secure documents and other materials. He is said to have denied any wrongdoing. 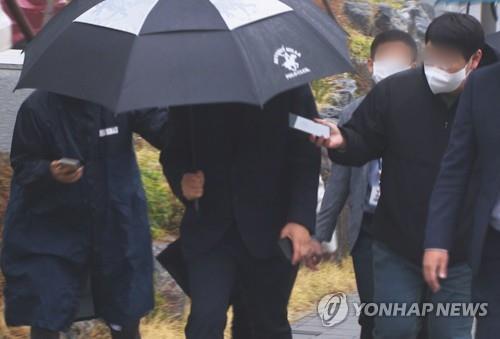 If the warrant is issued, it would mark the second arrest sought by a government probe team led by the police in a widening investigation into speculative real estate activities by public servants.

Earlier this week, a senior official of the Pocheon municipal government, 46 kilometers north of Seoul, was arrested over suspicions he used undisclosed information to purchase land and a building near the site of a train station ahead of its construction.

The land speculation scandal involving public servants was triggered earlier this month when two civic groups alleged that employees at the state housing developer, Korea Land and Housing Corp. (LH), bought plots of land in two cities -- Gwangmyeong and Siheung in Gyeonggi Province -- before the government announced a massive development plan there.

A total of 21 former and current LH workers are under police investigation.

"We will strictly investigate lawmakers or public servants suspected of land speculation regardless of their positions and will confiscate any profit gained by such activities," a police official familiar with the matter said.

As part of their investigation, the police also raided several places, including the house of a retired senior official of the Hanam city government and the city hall, on Friday.

The move came after the official was accused of buying a piece of land in Hanam, east of Seoul, in February 2017 together with his wife when he led the city planning team. The land was later incorporated into the area to be developed.

The police learned of the suspicion while investigating Kim Eun-young, a city council member, over alleged land speculation.

He is said to have denied wrongdoing and claimed that he bought it to work the land after retirement.

Also Kim Yun-sig, a former mayor of Siheung, has become a subject of police investigation after Seoul National University's students reported him for possible violations of anti-corruption law by exploiting insider information.

The students accused him of purchasing rights to an apartment located near the future site of the school's local campus in Siheung in 2014 and selling it the next year at a marked-up price. 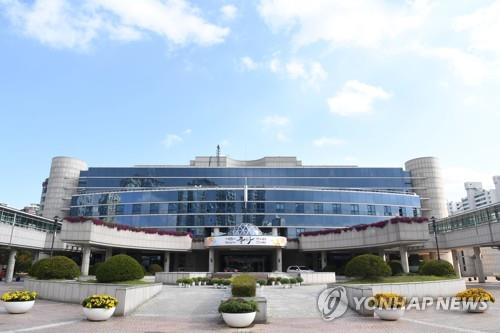