"South Korea and China -- crucial countries in this region -- are strategic partners and have common or similar positions on preservation of regional peace and stability, pursuit of co-development and security of global governance," Wang said at the start of the talks.

Casting the two countries as "eternal neighbors," Wang underscored the importance of strategic communication between Seoul and Beijing and said that his talks with Chung came in a "very timely" manner.

Wang pointed out that the two sides favor "openness and inclusiveness" -- remarks that seem to signal opposition to the United State's move to bring together its allies and other like-minded countries against an assertive China.

"We will safeguard an international situation with the United Nations at its core. We hope that we can maintain the international order based on international law and work together to protect multilateralism and expand shared interests," he said. 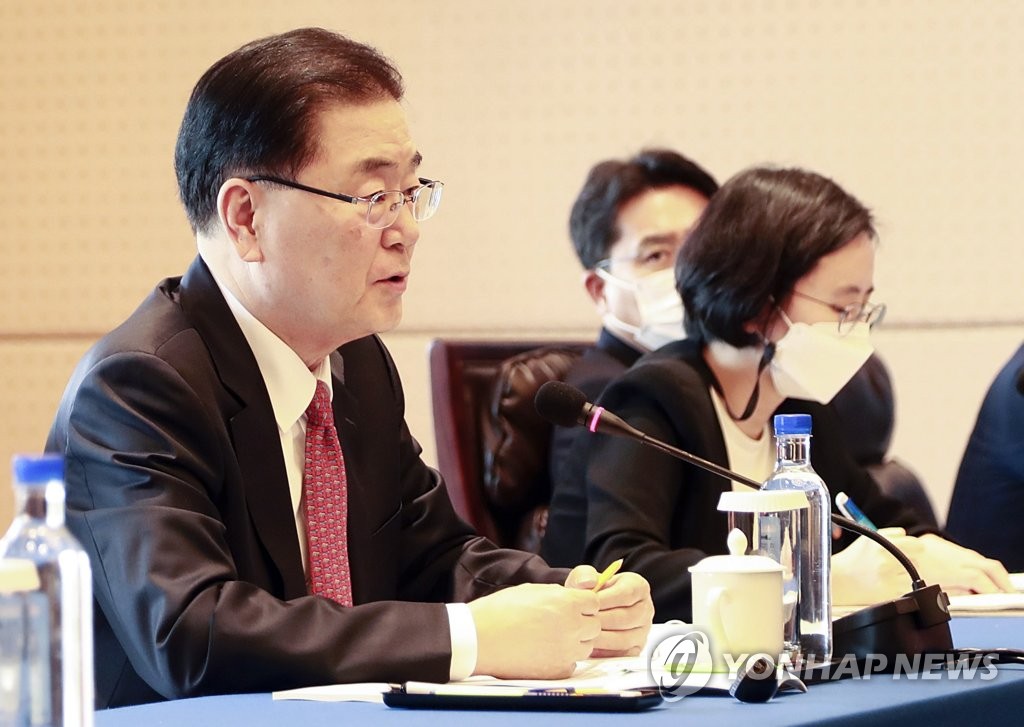 After the talks, Chung told reporters that the two countries agreed to seek a visit to South Korea by Chinese President Xi Jinping at an early date as soon as the COVID-19 situation stablizes.

Chung also said that the Chinese government threw its support behind Seoul's policy for lasting peace and the complete denuclearization of the peninsula.

"To achieve the two goals, I asked for China's constructive role, and China pledged to do what it can to cooperate," he said.

The minister noted, without elaboration, that the two sides had a "candid" exchange of views on "various global-level situations."

Later, in a press release, the foreign ministry said that the ministers agreed to seek to hold a vice foreign ministerial strategic dialogue and a "two-plus-two" dialogue involving the countries' diplomatic and security officials -- both in the first half of this year.

Chung and Wang also agreed to continuously explore cooperation between South Korea's regional policy initiatives and China's One Belt and One Road initiative.

In addition, they agreed to launch a joint committee in the first half to craft a road map for the future development of the countries' relations, as Seoul and Beijing are set to mark the 30th anniversary next year of the establishment of their ties. 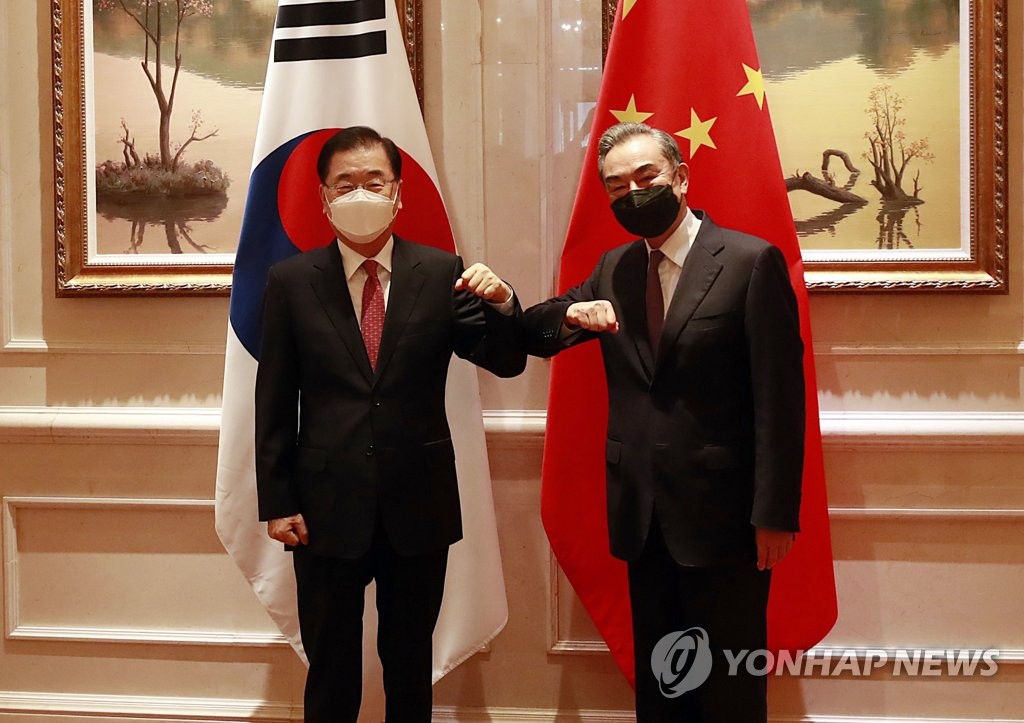