SEOUL, April 4 (Yonhap) -- When LOONA released "Star," a new version of its Korean song "Voice" entirely sung in English, little did they imagine it would go on to make history on U.S. radio charts, a territory that has proven tough for non-English acts.

At a time when K-pop acts are collaborating with prominent overseas artists to break into the global music industry, the 12-piece act from a small agency in Seoul instead opted to release an English version of one of its Korean songs.

The strategy hit the mark. LOONA made its first entry onto the Billboard's Pop Airplay chart at No. 40, becoming the second K-pop girl group after BLACKPINK to crack the chart. "Star" also made Mediabase's Top 40 chart for nine straight weeks, the longest streak for an all-female K-pop act. 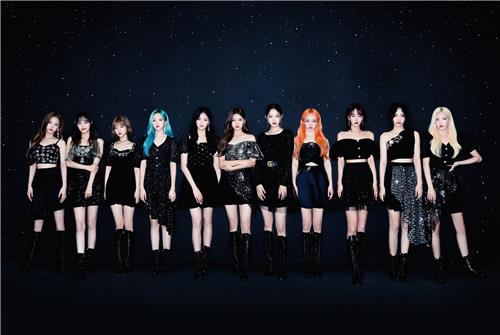 But rather than being a shrewd tactic, the group's 12 members -- Heejin, Hyunjin, Haseul, Yeojin, ViVi, Kim Lip, Jinsoul, Choerry, Yves, Chuu, Go Won and Olivia Hye -- said the song started out as a "gift" for Orbits, the act's dedicated fabase, scattered around the world.

"From the moment we started preparing the song, we put our hearts into it, thinking it was a gift for fans cheering for us from faraway places," Kim Lip said in an e-mail interview with Yonhap News Agency. "All these feats were a result of how our hearts and Orbits' hearts connected."

The group, whose name translates to "Girl of the Month" in Korean, said that chemistry has tightened the bond between the team and its fans, and has brought their fans closer to one another.

"'Star' is the first song we released in English for our fans abroad. Through this song, I believe LOONAs around the world, like us, grew closer and came to influence each other in good ways," ViVi added.

The English lyrics for the song's chorus -- "Starlight, starlight; With you shining in my mind; Shine our light all through the night; Close to me, you are all of me" -- read like an oath of solidarity, the perfect theme for a group with many songs that carry the theme of empowerment. 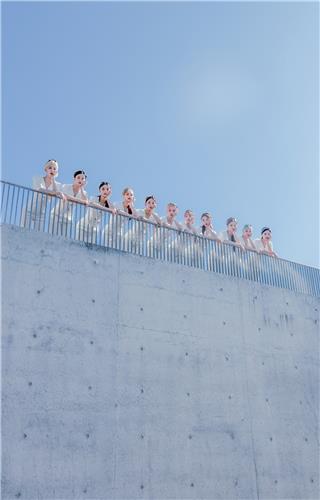 LOONA said their top priority was to convey this message of love to their fans in a complete and genuine way.

"Our biggest goal was to have fans in English-speaking territories to listen and relate to it, so we focused practicing on our pronunciation as we recorded the song," Yves said. "To add some more pop vibe, we also experimented with various styles and expressions, compared with 'Voice.'"

This led to the two songs being identical in musical composition but different in feel, Jinsoul noted.

"We practiced the English pronunciations a lot and while the lyrics are similar, the exact words and expressions vary. This led the two songs turning out to be different overall," she said. 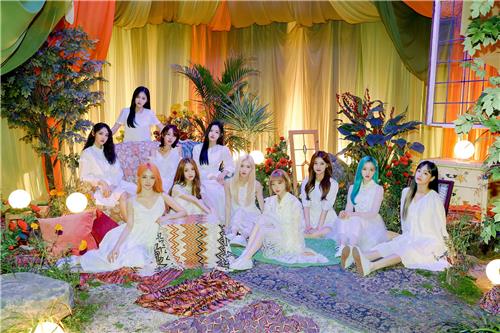 When asked about if there were other songs they would like to do English versions of, members had different picks.

"I wanted to treat our fans abroad to a song with beautiful lyrics. This led me to think a lot about what it would be like to sing 'Universe' in English," said Yeojin, choosing the track from their latest EP "12:00." "The lyrics for 'Universe' were inspired by space and I think translating and singing this in English would give the song a new feel."

Olivia Hye, meanwhile, picked "Curiosity," a song from the repackaged version of the act's debut EP "+ +."

"I'd like to work on an English version of 'Curiosity.' It's my favorite song and since there's a lot of words with pretty meanings in the Korean lyrics, I'm curious how they will sound when translated into English." 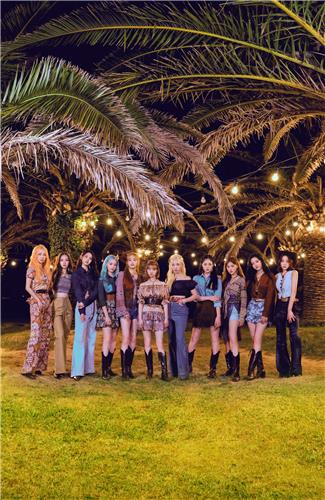 The group also voiced anticipation over potential collaborations with other artists.

Go Won mentioned Canadian musician Grimes, who took part in "love4eva," a song by one of the group's subunit yyxy.

"If there's an opportunity for collaboration, I would like to release a song that brings together Grimes' mystic and enchanting voice with LOONA's refreshing charm," she said.

"We performed his song 'Blinding Lights' during our year-end concert and I was surprised how he shared a screenshot of that performance on his social media account. If there's a good opportunity, he's the one artist I'd like to work with." 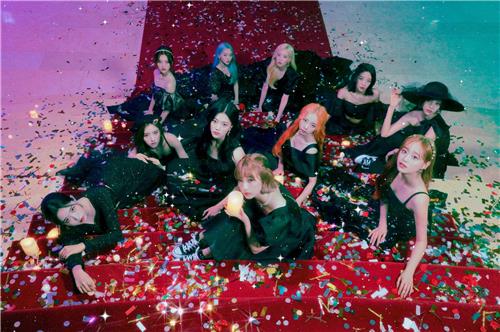 Following its unexpected U.S. radio success, the K-pop act voiced bigger dreams of climbing higher on the Billboard charts. The group's third EP "12:00," read as "Midnight," debuted at No. 112 on the Billboard's main albums chart.

"We plan to work hard with the aim of landing our new album on the top 100 on the Billboard 200. We also want to go on a global tour to meet Orbits," said Go Won, who had earlier said she wanted to enter one of Billboard's main charts during the media showcase for "12:00."

"We want to go beyond the top 200 and enter the top 100 with our next album. Most of all, we'd like to return all the support for us with a much better album."